Inclusion Matters: Internet Tariffs Too High for Most Malawians 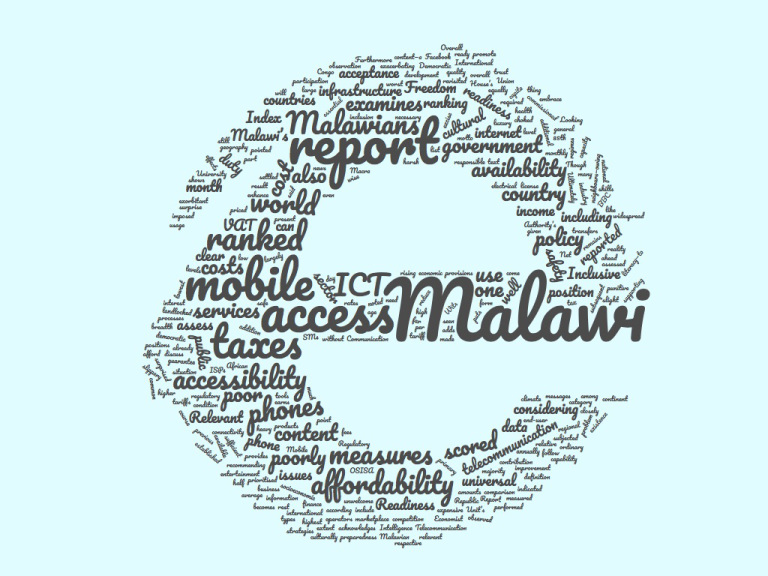 Those that closely follow Malawi’s telecommunication sector will not be surprised that Malawi has once again scored poorly on international ranking for poor Internet accessibility, given that access to the Internet remains very low in comparison with its regional neighbours—owing it to very expensive data tariffs by telecommunication operators, which are also subjected to punitive government tax regimes.

The Economist Intelligence Unit’s Inclusive Index Report of 2018 which was commissioned by Facebook, shows that out of the 86 countries assessed, Malawi is overall ranked 85th in the world, only one position ahead of the worst ranked country, Democratic Republic of Congo.

On position 83 out 86 Malawi has equally scored poorly on Internet availability which “examines the quality and breadth of available infrastructure required for access and levels of Internet usage.”

Malawi has also scored poorly on affordability, ranking 84 out of 86 in the world. The affordability category examines the cost of access to the Internet relative to income and the level of competition in the Internet marketplace.

Though still poor, Malawi is ranked 79 out of 86 on Relevant content—a slight improvement from the previous positions. Relevant content “measures the availability of news, finance, health, entertainment, and business information.

Looking at how these respective measures have been ranked, one thing that becomes clear is that Malawians are ready to embrace the Internet, both culturally and capability wise. This is why Internet readiness has ranked much higher than Internet affordability and availability. The problem is that not many Malawians can afford the cost of the Internet which is among the highest in the world for a country with one of the lowest per capita income in the world.

In 2015 the BBC reported on International Telecommunication Union which established the extent of cost of Internet in Malawi. The report indicated that on average Malawians use more than $12 a month on mobile phones. The report observed that this is more than half of what an ordinary Malawian earns in a month.

A 2012 OSISA/ Wits University report pointed out that there is a clear need for Malawi government to reduce taxes for ICT products so as to enhance universal access. The report made this point “considering the harsh economic climate of Malawi and the already exorbitant costs of ICT services as a result of a poor electrical infrastructure and landlocked geography, regulatory taxes present an unwelcome addition to rising costs.”

The report further noted that Malawi Communication Regulatory Authority’s (Macra) policy taxes are largely responsible for the high tariff rates on mobile phones and SMs. “Furthermore, the taxes imposed on ISPs monthly and annually have subsequent effects on end-user costs, exacerbating the situation,” said the report while recommending that “license fees and taxes should be revisited and amounts settled should be prioritised according to a universal access motto.”

Freedom House’s Freedom of the Net 2017 reported the same observation that in large part, Malawi’s ICT sector is choked by heavy government taxes on the industry. This include “a 17.5% VAT on mobile phones and services, a 16.5% VAT on internet services and an additional 10% excise duty on mobile phone text messages and internet data transfers.” All this adds up to 44% duty on Internet and mobile phone access in the country.

Ultimately, it should not come as a surprise that the majority of Malawians are priced out of the Internet and other ICT provisions, which in this day and age should not be seen as luxury because Internet provides essential tools for socioeconomic development as well public participation and contribution to issues of public interest including democratic processes. As the Inclusive Internet Index puts it, “Internet access is a necessary condition for inclusion, even if it is not sufficient to guarantee it.”