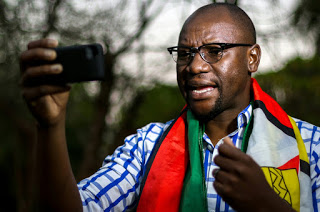 ”Student activism is a highly conflict-filled terrain with very passionate individuals and groups involved” said one scholar Moyo (2013) in his journal article as he looked at the relationship between politics and student activism. In many parts of the world students protests have been a catalyst for change and in some instances causing the collapse of unpopular regimes. In his paper Moyo  concedes that while student activism has been highly associated with social and political change and as a form of affirmative action it has been demonised by governments.

While students have been able to articulate and fight their struggles, against high tuition fees and in many instances it is the fight for free education there has been a concern of those genuine struggles by the students being hijacked by political figures and parties. It is important to note that the issues driving the student anger and rebellion go far beyond the unaffordability of higher education for the poor and the working class. It is having to slot into an education system that emulates the society we live in – an elite ruling class sending its children to study abroad and the perpetuation of inequality and prejudice against the financially weak.

In the same vein, politicians should leave students alone and equally students need to be careful on the pitfalls of having their issues drowned by those of politicians. Whereas students have the right to freedom of association the events at the University of Zimbabwe (UZ) recently are surely a cause for concern.

I watched in disbelief on #thisflag leader Evan Mawarire’s Facebook wall streaming live as he addressed the demonstrating students. At that moment I realized that the presence of Mawarire was a tactical blunder.

Mawarire, a non-student, a man currently on bail on ‘trumped’ up charges to subvert a constitutionally elected government (false charges) addressing students already sent a wrong signal. He had no business at UZ, his actions might have been ‘genuine’ but I wouldn’t want to say here was a man on an attention seeking adventure to revive his waning popularity after a self-inflicted blow when he fled to the US.

His arrest yesterday is what is now dominating the news, diluting the genuine efforts by the students who were seeking an audience with regards to the fee increase. The clashes at UZ could have been avoided had Mawarire stayed at home to ‘pray’ for the students. We must always look at the bigger picture and avoid individuals with selfish agendas to override a genuine cause of the students.

For him he has ‘achieved’ to gain mileage, it’s like he was trying to make a ‘re-entry’ after his movement failed to take off. And for the students, they remain to face their challenges.

I am sure those who reacted violently were as a result of Mawarire’s presence which probably was viewed as a #thisflag protest. While it is good for people like Mawarire to offer solidarity, yesterday he was just at the wrong place and at the wrong time. I have nothing personal against the Man of God, but ‘politicians’ and ‘celebrities’ must stay away from campuses, they should fight in the streets. Let the students fight their struggles on their campuses, they are many ways of offering them solidarity than to hijack their noble cause simply because of his insatiable appetite for newspaper headlines. Students should be wary of associating with figures that will do little in contributing to their struggles.

As a result, looking back, history is pregnant with numerous examples and lessons which the students can learn from in as far as the relationship between student activism and mainstream politics is concerned. Many will remember ZANU Pf’s hijacking of the Zimbabwe Congress of Students Union (ZICOSU) which was formed by progressive comrades like Gabriel Shumba. ZICOSU eventually slipped away as ZANU PF became directly in control of the student’s body in their bid to control the student’s community.

This they did by sponsoring leaders of the said Union, sponsoring candidates in SRC elections across the country as a rivalry union to ZINASU. The same can also be said for the opposition the MDC which tried in vain to hijack the biggest students’ body, the Zimbabwe National Students Union, and clearly, the agenda was the same, but rather the party eventually failed in its futile attempt years to come by. But however many will recall that before the formation of the MDC, was the turning point in the struggles of the student’s movement in Zimbabwe.

The state became more vicious towards the students, demonstrations were now being responded with brute force, suspensions and expulsions of student leaders became the order of the day. The government no longer viewed the students union as a critical stakeholder but rather in ZINASU they saw the MDC, and to make matters worse, the idea to form the party was consummated in the packed New Lecture Theatre 400 at the University of Zimbabwe. The ‘MDC’ tag has caused nightmares for the union and has been difficult to disassociate with thus making life very difficult for the students union in pursuit of their struggle for academic freedoms.

Consequently, for the political parties, the students’ community is an easy ground to use for their political expediency. Regional experiences presented us with good examples on the need for politicians to stay out and students to avoid being hijacked. As was witnessed during #feesmustfall in South Africa were several political actors tried to seek relevance by joining the student’s protests.

Many will remember the DA leader Mmusi Maimane and EFF’s Floyd Shivambu getting the rod of the students after attempts to address the protesting students in Cape Town. It was apparent that the students cannot be politically controlled, bullied or manipulated. It was clear that these politicians were driven not by the cause of the students but rather their own selfish agendas as they seek relevance in associating themselves with a movement that had shaken the corridors of power in South Africa.

Other national political party leaders could face the same humiliation if they try to exploit the situation. Quite clearly, the students were aware that once they allowed the politicians to come and address them at campuses their cause was going to be diluted and misconstrued and giving ammunition to the ruling government to dismiss their cause as being pushed by the opposition parties.

In conclusion, I challenge the students to think beyond the tactics that the yesteryear generations employed because the context and the environment has totally changed. They have to come up with new ideas of organising and defining solidarity in pursuit of the struggle for free education in our lifetime. Zvazviri!