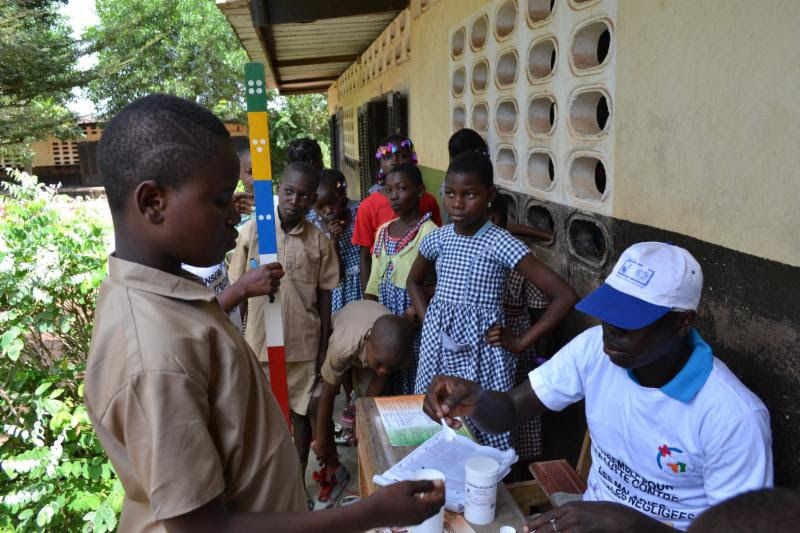 The Ivorian health system is still struggling to regain its credentials. Despite the reforms underway, it still faces significant financial, technical, and human shortfalls.

Outdated wards, understaffing, disorganization, and poor training of some staff.

In the corridors of some of the country’s centres, the picture that emerges is not a bright one. At a time when the spread of the COVID-19 disease is still a concern, agents in some health centres continue to trample the barrier measures decreed by the government.

In Bouaké, in the centre of Côte d’Ivoire, even if the observation of these measures improved during the first moments of the pandemic, it is deplorable to note that the application of the barrier measures has drastically decreased at the Centre Hospitalier Universitaire (CHU) Bouaké, the second-largest city in the country. This is not an isolated case, but a bad example seen in almost all community health centres.

Beyond the non-respect of the barrier measures, health centres have become real business centres. The patient is accepted only on presentation of banknotes, whatever their condition.

In this environment where the reception and basic rules of hygiene are rather unsatisfactory, small businesses are gradually being set up.

“It will cost CFA 4,500, if you do not have cash, we can offer credit transfer here. This is how a young lady dressed in a white coat addressed me when I came to accompany my sick son to the Refuge community health centre in Broukro, a peripheral district of the town”, says an angry Sylvie Ahiba.

She recounts one of the craziest days of her life. To the question of whether the care in this health centre is of good quality, Sylvie Ahiba answers: “I did not appreciate the environment, but they managed to treat my son, that is the most important thing for me.”

In Ivorian hospitals, habit is becoming second nature. From the University Hospitals (CHU) to the Community Health Centers (CSC) and the Regional Hospitals (CHR), the situation is the same.

In these places where the Hippocratic oath should serve as a compass, it’s the cacophony and the lack of professionalism of certain agents that takes over. According to Dr. Koné E, a retired doctor, interviewed at the pediatric ward of the CHR of Yamoussoukro, the political and administrative capital of the country, the lack of professional conscience is due to corruption which is rooted in all departments in Côte d’Ivoire.  “Young brother, in the 1975s, when you were a nurse or doctor, everyone around you was proud. But today, cheating has taken up residence in every lecture hall. To enter the Institut National de Formation des Agents de Santé (INFAS), you have to undertake exams. In some families, members contribute money to bribe the department in charge of the exam. And the same is true of all administrations in Côte d’Ivoire. The consequence is what we see today. Money is at the forefront of everything”, he laments.

In Côte d’Ivoire, the poor treatment of patients in health centres causes families to mourn daily.

”On February 09  2021, my older sister died at the infectious diseases treatment centre (of COVID-19) at the Cocody CHU due to lack of oxygen and negligence from the doctors. Professor Ehui gave us a prescription for us to buy 3 boxes of ECG electrodes. When we got to the pharmacy, the pharmacist told us it was too much. He gave us one (1) box instead of three (3). When we got to the ICU, we handed the box to the doctor in the emergency room, she was so upset. She only needed three (3) electrodes and told us that one box contained 100. We quickly understood that our sister’s health did not worry the first doctors treating her”, testifies Assane Coulibaly, the younger sister of the deceased.

Beyond these cases, several others are the subject of testimonies.

In the same CHU of Cocody, the death of twins, born prematurely to the Moro couple last April, effectively proved the inhuman and irresponsible attitude of some agents, notably the paediatricians and midwives of this public health establishment.

In Adzopé on May 11, 2021, a woman in labour at the general hospital died for lack of follow-up.

The attitude of health centre staff in Côte d’Ivoire raises questions about the current state of health of the Ivorian health system.

The Ivorian health system suffers from a double problem: inadequate training and the lack of professionals throughout the country. On the one hand, the actions of some health workers in the field suggest that the training of Ivorian medical staff is particularly poor. Indeed, if part of the health professionals is extremely well trained, a large part of them could only benefit from partial training, rarely interspersed with practical training. This is the cause of many patient deaths due to medical errors.

On the other hand, the poor distribution of health staff is at the root of a glaring lack of health workers in some areas of the country. Here, the nurse is called a doctor.

While Abidjan, the political capital, has a few more health professionals, the rest of the country suffers from a real shortage. Thus the population does not have enough doctors to meet its needs. All specialities suffer from this shortage of professional staff.

Corruption at the heart of the health system

One of the main problems of the Ivorian health system is corruption, which is a real scourge for the country. No one is immune to this ailment and all patients face it in different ways. This includes trafficking in medicines and the illegal payment for care that should be free. The patients who benefit from the best care are those who can afford to pay for it; the low-income and no-income populations are unfairly deprived of care.

The Ivorian government, which until recently remained officially silent, has come out of its lair with the recent scandals observed in the country’s health centres. The government’s measures have resulted in the removal of some directors, heads of departments and officers from their position, while others were jailed. Even if these measures did not solve the problem for the populations, they served as intimidation for some staff and to force them to take their responsibilities.

In Côte d’Ivoire, profound changes in the health system are required. Measures that will clean up the environment, from recruitment to the complete training, shall be taken.

This is the beginning of a more trustworthy Ivorian health system. Healthy people will be able to say: Hello Emergence!