Home » Coronavirus » COVID-19: Could Tanzania Be Justified In Taking ‘The Road Less Traveled?’

COVID-19: Could Tanzania Be Justified In Taking ‘The Road Less Traveled?’ 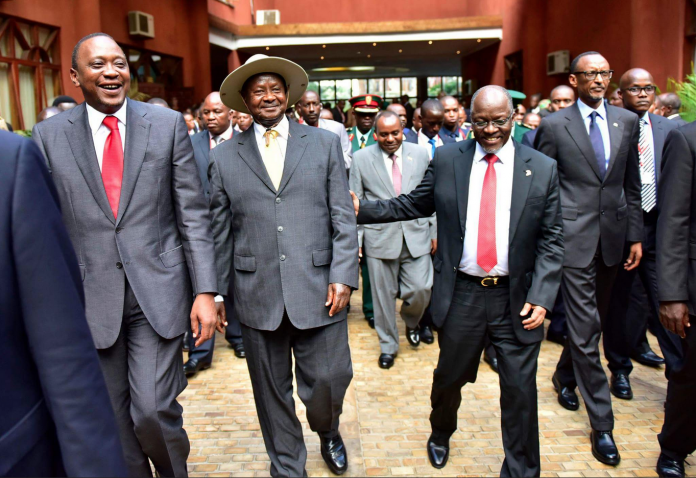 When history is told, 2020 will be remembered as the year the world faced one of the deadliest pandemics. Many countries imposed weeks-long lockdowns. Still, countries responded to the pandemic differently, coming up with strategies and models to combat COVID-19. While it is too early to say which of these strategies is the most effective, time will eventually allow us to tell what worked and what did not. As it stands, Sweden has been hailed for its unique approach in handling the virus.

While most of its European neighbors where entering lockdowns and implementing tight restrictions on society to limit the spread of the virus, Sweden’s response was different. They did not impose any lockdown but they opted for subtle restrictions, such as limiting public gatherings, encouraging social distancing, and introduced online learning for high school and university students among others.

Although there have been certain drawbacks with this strategy, especially with homes for the elderly, and among immigrant populations in the early stages of the pandemic, it is widely viewed that Sweden has, for the most part, got this pandemic under control. Compared to countries that have imposed lockdowns such as Italy and the UK, Sweden has a significantly lower COVID-19 death rate.

In comparison to its Nordic neighbors, Sweden does have a higher COVID-19 death rate, but this might be different in the long run as it has been suggested by the Scandinavian country’s state epidemiologist, Anders Tegnell that “the better the job countries did suppressing the first wave of infection, the greater their risk of a second wave”. What this means is if most of the countries experience a second wave of the COVID-19 when easing lockdown restrictions, Sweden will have already gone through the worst of the pandemic without having to have jeopardized its economy. Depending on the time it takes to develop a vaccine this may very well be the case. Due to the short term success of Sweden’s strategy, more and more European countries are opting to follow the same route, such as Denmark and Finland sending young children back to school, and countries like Germany reopening small businesses.

The question is then, which of these strategies, between lockdown and allowing society to remain open, are best applicable to African countries and whether or not the Swedish model can work in African societies. Some are arguing that although many African countries opted for the lockdown model, there is little evidence that it is the only effective way of containing the virus, and now many of these countries are talking easing their lockdown restrictions. In countries like South Africa for example, a lot of the poor and vulnerable have suffered through lockdown restrictions, relying heavily on donations for food.

While the lockdowns were meant to manage the spread of the virus, some governments used this as an opportunity to curtail the basic rights and freedoms of citizens. A good example is Kenya and Zimbabwe experiencing a lot of human rights abuses by the security forces while enforcing the lockdown. This wave of abuses in particular police brutality has been a reoccurring theme in other African countries such as Nigeria as well as South Africa.

One African country that has opted for a different approach in dealing with this pandemic is Tanzania, whose strategy draws a lot of similarities to the Swedish model. Just like its Swedish counterpart, Tanzania has experienced international media scrutiny for its lack of restrictions on society. Although there have been some restrictions put on the Tanzanian society such as limited public gatherings and school shutdowns, for the most part, society remains open and the economy continues to run.

Although it is possible to draw similarities between the two countries, it is just as easy to spot some differences. One essential part of Sweden’s strategy is having full transparency and therefore fostering trust amongst its citizens towards authorities. On the other hand, Tanzania has been heavily criticized for its lack of transparency, especially considering its rarely updated data on COVID-19 (Tanzania last released official figures on 29th April 2020). This has not only given room to speculation amongst its citizens but also attracted international attention, with the WHO expressing its concerns on April 30th, and on May 13th the American Embassy in Dar es Salaam warned that hospitals in the country are overwhelmed by COVID-19 cases.

East African countries have entered into a blame game with each other or rather the spreading of COVID-19 propaganda over the different strategies and domestic’s politics of their respective governments. This brings the question of why the media claims that Tanzanian hospitals are overwhelmed with COVID-19 patients without any evidence, any pictures, or videos? If it was the case, wouldn’t the media be overwhelmed with the number of photos or testimonies of people not getting health care due to Tanzanian hospitals being overwhelmed?