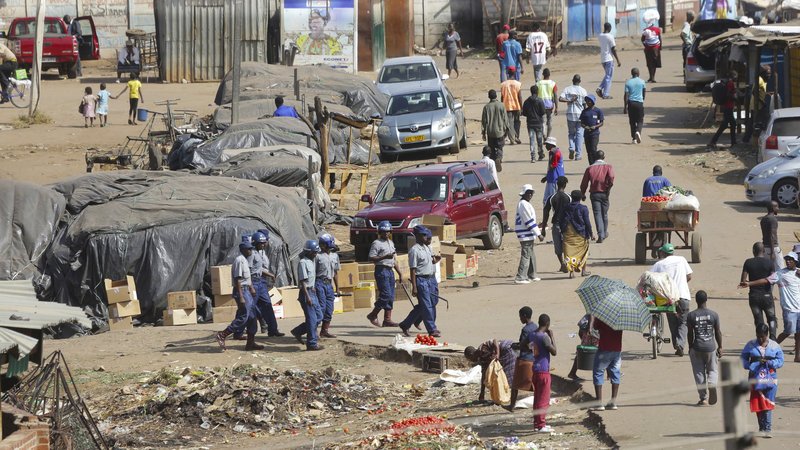 The month of December will mark exactly a year since the outbreak of the deadly coronavirus in Wuhan, Hubei, China. While it seemed at that time, that it was only affecting China, the virus spread like veld fire and by February 2020, the World Health Organisation (WHO) declared it a pandemic. In March 2020,  US President Donald Trump was being criticised for repeatedly referring to the coronavirus as the “Chinese Virus”. The US, later on, had a surge of infections and Trump was faulted foar the slow responsae in dealing with the pandemic.

As countries across the globe were desperately trying to control the spread of the COVID-19 pandemic, a rapidly increasing number of governments started to impose severe restrictions on core civic freedoms. While many countries across Africa and the SADC region-imposed lockdowns as a measure to control the spread of the virus, it is worrying to notice an escalation of human rights abuses and the shrinking of civic space in the process of enforcing the lockdown regulations.

Some governments appear to be using the pandemic as an opportunity and a justification to impose restrictions that quite obviously serve political purposes. More generally, we currently witness restrictions of the freedom of speech and extension of surveillance measures in various countries, following the playbook of China’s measures of suppressing information and repressing journalists and whistleblowers.

The lockdowns severely restricted freedom of movement, closed all but essential companies and schools, banned the sale of alcohol and tobacco, and introduced a night-time curfew. In South Africa, 230 000 people had been arrested for violating lock-down regulations. Several cases reported of police and army brutality, including at least 11 deaths. In Zimbabwe, opposition activists and journalists were either arrested, abducted to date. A successful legal challenge was brought concerning the murder of Collins Khosa by members of the South Africa National Defence Forces in the township of Alexandra in Johannesburg. On May 15, 2020, in a detailed and far-reaching judgment, the court made it clear that members of the security forces must respect and protect rights to dignity and life, not commit torture, and only resort to minimum force to enforce the law.

Other parts of the SADC region and beyond also saw an escalation of human rights abuses and shrinking of space as governments continue to suppress citizens under the pretext of enforcing lockdown regulations. Authoritarian regimes tried to tighten their grip on power using the pandemic. For example in Malawi, where former President Peter Mutharika tried to use the Covid-19 lockdown to continue his stay in power, but the people remained vigilant until a fresh election was held. The shrinking of democratic space in the region has been escalating and has been worsened by the Covid-19 pandemic. Newspapers have been shut down, NGOs work is being restricted, arrests of opposition members and activities have been on the increase.

Leading human rights organisations were barred from observing elections and conducting voter education in the country. As a result, the outcome of elections was already compromised. In Zambia, the shutting down of Prime Television, the main independent television station in the country, could be a strategy by President Edgar Lungu to tighten his grip onto power by restricting access to information.

In Tanzania, the recently concluded elections were marred with irregularities affecting both presidential and parliamentary elections. While Tanzania has not imposed lockdowns, the pandemic provided the government with an opportunity to prevent international election monitors from observing the polls which the opposition have claimed was rigged in favour of the incumbent, John Pombe Magufuli.

The brotherhood approach in the SADC region has worsened the democracy and human rights situation as the leaders do not hold each other accountable for their actions and nobody calls the other to order. The citizens and judiciary should work together, as the case in Malawi, to ensure that the democratic space is opened and human rights are defended. The introduction of cyber laws meant to limit freedom of speech and expression is unacceptable, the militarisation of lockdown regulations should be stopped.

Therefore, there is a need to create space for continuous dialogue with policymakers on issues identified during the conference deliberations. There is also a need for advocacy groups to review, kick-start and strengthen action-oriented processes that connect people to people solidarity and ongoing struggles against environmental, social and economic injustices to the interventions against political injustices.

When the Covid-19 pandemic struck the world, it presented member States in SADC with an opportunity to suppress democracy and rule of law. Therefore, there is need to take stock on how and what member States have done to protect or violate human rights. However, when social, health, economic and political assessments were done, the behaviours that manifested during government responses were a continuation of conduct and behaviour embedded in the political elites of the region. This should be taken into consideration when analysis and new advocacy initiatives to promote human rights and the defence of liberties in the region are being deliberated on.

Democracies in southern Africa have been in existence for about 40 to 60 years since breaking the shackles of colonial rule. Despite the waging of successful struggles in southern African countries, the challenge today has been the inability to transform the State from a colonial set up with a bias to the needs of the first world countries existing to service needs and wants of the first world countries economically.