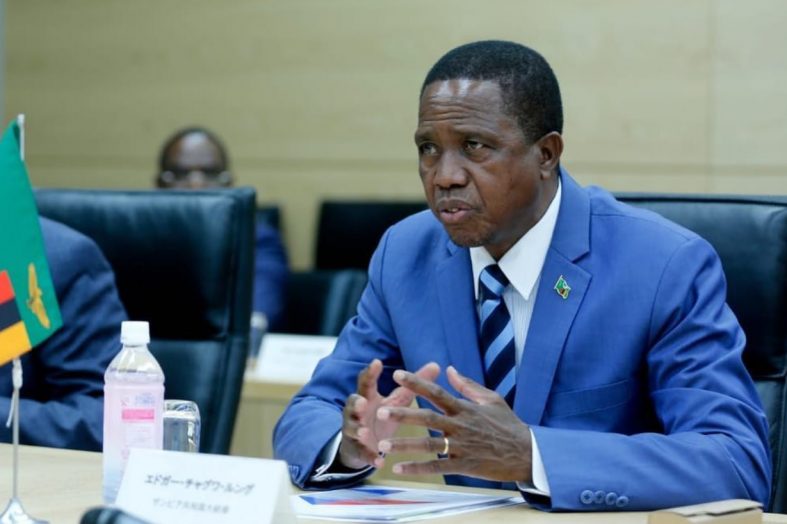 There is a general sense of discontent among citizens with the manner Zambia has responded to the global COVID-19 pandemic.  The landlocked country and also home to some of the highest Chinese populations and business interest on the continent has struggled to put in place adequate response measures that demonstrate the desired level of commitment to fighting off the pandemic.

The opposition took a swipe on President Lungu with National Democratic Congress leader Chishimba Kambwili describing Zambia as operating as if it had no Head of State because the President is yet to convene the inter-ministerial Committee meeting to combat the pandemic.

They accused him of being only interested in elections and relegating his functions to cabinet ministers. Many Zambians have taken to social media to cry on the lack of leadership and misplaced priorities by President Lungu and his government.

One blogger Morgan Mwangana Nalwendo said “WHERE ARE THE LEADERS???? Serious Leadership should act proactively for the Good of Society. Being an Absentee Leader in times of crisis Raises questions about how serious they are about issues affecting citizens. On the other hand, the same leaders spend days in mosquito-infested areas during Elections.”

The number of laboratory-confirmed cases of COVID-19 in Zambia stood at 16 as at 26th March 2020 with the latest 4 new cases recorded involving 3 individuals who had travelled to Pakistan and one case involving a citizen on the Copperbelt who had travelled on the same flight from Dubai to Lusaka with the other three.

President Edgar Lungu unlike other Heads of State who immediately took lead in providing updates and providing hope to citizens in the midst of a crisis that has sent many into fear and panic opting to let his Health Minister Dr Chitalu Chilufya lead whilst he remained in silence at State House many days after the country recorded its first confirmed cases.

As a landlocked country, a crisis of this magnitude essentially puts the nation under forced lockdown if all her neighbours close their borders. This situation would make Zambia more economically vulnerable and weaker with its currency the Kwacha having already experienced significant depreciation the past few weeks. Despite this economic reality, the Zambian government has not put down any measures to address the economic impact except to announce that essential businesses dealing in goods and services would be kept running.

Nine days after the first two COVID-19 cases were announced, President Lungu made his first public appearance to announce ten more cases bringing the total to twelve as at 25th March 2020.  Zambians had grown very impatient with the non-appearance of the President to address them especially after the leader of the main opposition political party Hakainde Hichilema addressed the nation and made concrete proposals of what government and the general public could do to address the pandemic.

He called for a complete lockdown of Zambia for at least 14 days to halt the infection rate and enhance testing for COVID and extend testing services to all provinces.

He encouraged banks to deal in electronic transactions than cash and restrict Intercity (domestic) travel unless absolutely necessary, limit all gatherings to not more than 5 people. He also called for the removal of all import duty and other taxes on medical equipment and Personal Protective Equipment and to reconvene Parliament to sit virtually and approve supplemental funding for COVID 19.

President Lungu in his brief appearance on public radio and television called on Zambian missions abroad and the department of immigration to be alert and review the issuance of visas for people wanting to travel to Zambia, as well as at all ports of entry into the country for all travellers from countries affected by COVID-19.

Despite repeated calls for a lockdown of international airports and other ports of entry, the President Lungu said travellers would be allowed entry into Zambia, however, upon screening those who exhibit symptoms would be quarantined in a medical facility for treatment, while all other travellers without symptoms would be quarantined for at least 14 days at their own cost. He said the government had suspended all nonessential foreign travel, particularly, to countries which have confirmed Covid-19 cases.

Some countries have announced economic relief plans to cushion the impact of Corona Virus and the World Bank and IMF called for some debt repayment relief for highly indebted countries. Zambia is yet to make any pronouncements on its economy whose fundamentals are already in bad shape.