DRC: teachers shun the start of the new school year 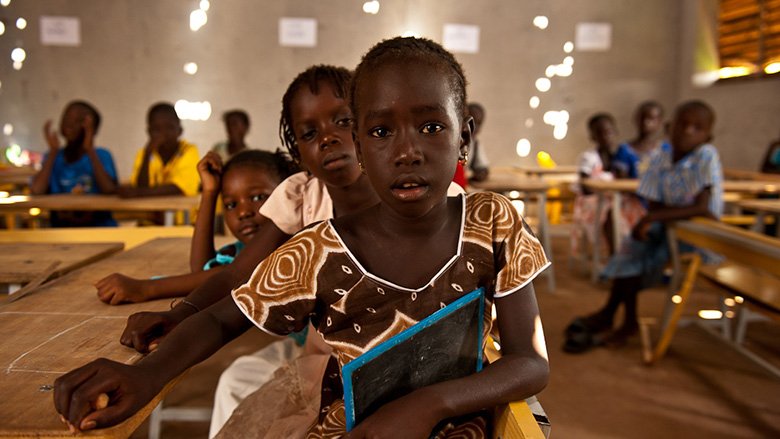 In the Democratic Republic of Congo, schools reopened on September 5th after two months of holidays. But for the 2020-2021 period, the new school year started on Monday 12th October due to the health crisis caused by the coronavirus. If everything went well in private schools, it is not the case with government schools. And for good reason, the teachers are on strike.

In blue and white uniforms, pupils went back to school on Monday, October 12th all over the Democratic Republic of Congo. Most of them with face masks. Unfortunately, not all the teachers were there. In several of the schools that I visited, there were few or no teachers at all. The few teachers I saw were outside the classrooms chatting under a tree, in the courtyard or at the entrance to the school. After several hours without studying, many students simply decided to go home.

No money, no class!

“We won’t take the white chalk back until we get paid,” a primary school teacher in Kinshasa told me. As a result, the school year 2020-2021 is in crisis before it even begins. It should be remembered that for decades when the Congolese state no longer paid teachers, it was the parents who took care of it by paying an amount agreed with the teachers. But when President Félix Tshisekedi came to power in 2019, he put an end to this system and all public school teachers are now paid by the Treasury. However, the mechanism has not yet taken into account all teachers. This is the case of the so-called “NU” (the new units), which are always forgotten when they are paid. This time, they are determined to regain their rights, otherwise, they will not resume classes.

The same goes for some teachers who are already “mechanised” but who complain about their low salaries. Many of them continue to shun the classrooms. “Life is very expensive. What I am paid as a salary is not enough to take care of my family. I have a wife and four children, three of whom also have to go to school. But I can’t afford to buy them even school supplies,” complains one secondary school teacher.

Under Joseph Kabila, the average salary of a Congolese teacher was around US$90, before rising to around $207 under Félix Tshisekedi. Nevertheless, this salary remains very inadequate compared to the cost of living in the Democratic Republic of Congo.

The government is making more promises

In an attempt to save this school year already seriously threatened by the Covid-19 crisis, the Congolese Minister of Education, Primary, Secondary and Technical Education, Willy Bakonga, is trying to calm the situation. He has just announced that “58,000 new teachers will all be paid by the end of October 2020”. A piece of good news welcomed by everyone, but so far it is only a promise that may not be realised. Meanwhile, a strike movement is still being observed in several public schools, especially in the provinces.