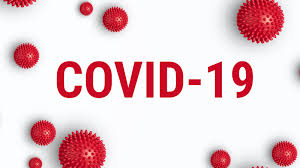 Covid-19 infections across Africa are on the rise. Although the confirmed number of infected people on the continent is still about 5 per cent of the global total, and the rate of increase seems to be slowing, hopes that Africa would escape the pandemic relatively unscathed are fading.

In many countries, especially those south of the Sahara, already creaking public health systems will struggle to cope with an influx of critically ill patients needing intensive care. This region hosts just 3 per cent of the world’s conventionally trained medics, who face one-quarter of the global disease burden armed with just 1 per cent of its financial resources for healthcare.

Even so, the continent does have resources that can help it cope. Not only has it had extensive experience battling epidemics of infectious diseases, such as the Ebola outbreak in 2014 and the Aids and cholera pandemics, it also has a wealth of traditional medical expertise that it has barely begun to exploit.

Talk of indigenous medicine is often greeted with condescending colonial stereotypes of witch-doctors peddling snake oil. This is not helped by the ridicule inspired by leaders like former Gambian strongman, Yahya Jammeh, who claimed to be able to cure Aids using massages and a herbal concoction, or by the attempts by the regime in Madagascar to market an unproven and similarly ineffective cure for Covid-19. Back in 1969, Kenya’s first president, Jomo Kenyatta, condemned traditional healers as “lazy cheats who want to live on the sweat of others”.

Yet while quacks and fraudsters doubtless exist, there is compelling evidence that the majority of practitioners are skilled and experienced, and that their herbal prescriptions can be effective. As one recent study notes, scientific research “continues to validate therapeutic claims on medicinal plants made by traditional practitioners”. The Kenya Medical Research Institute also rejects the notion that they are inferior to conventional remedies.

Recognising this, the World Health Organization and the Africa Centre for Disease Control are collaborating in the use of traditional medicine as a basis for potential remedies for Covid-19. Indigenous medicine can also help offset manpower shortages where there are very few conventionally trained healthcare workers. Across Africa, there is one doctor for every 40,000, but one traditional healer for every 500.

By integrating their expertise and knowledge into the existing national health system, with appropriate safeguards, countries can bolster the deficit in medical personnel. This eases the burden on the public health system, freeing up resources to be employed in dealing with emergencies like Covid-19.

Three years ago, Kenya’s parliament adopted a new health law requiring the government to do just this. To date the law remains unimplemented. Apart from depriving the country of a valuable asset in the war against Covid-19, the lack of official recognition leads to continued stigmatisation of traditional medicine and makes it difficult for the public to distinguish between fraudsters and genuine practitioners. It starves the sector of the investment needed to translate indigenous knowledge into cheap, standardised and accessible medical services and products.

The problem exists across the continent. While most countries had by 2018 developed national or state level laws and regulations to govern traditional medicine, only three African states, Benin, Ghana and Mali, reported having an existing national plan for integrating it into their national health services. Such plans should be an urgent priority.

To tackle Covid-19 effectively, and ensure that it is able to provide affordable and sustainable medical services in the long term, Africa will need to mobilise all its resources. It would be a tragedy if, in this fight, the continent failed to use its most effective weapon: its people and their knowledge.