Africa and the Panama Papers: Waiting on Popular Disapproval 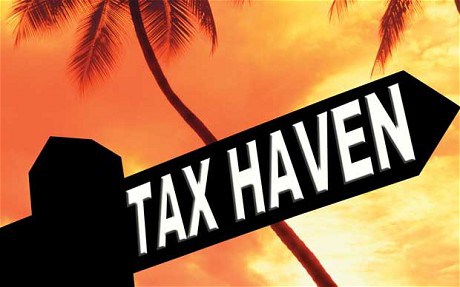 In Africa, the Panama Papers and their revelations will most likely not reach a particular popular crescendo. In part, like the global and phenomenal Wikileaks revelations, they will lead to astounding local/continental media revelations. African journalists, like their counterparts on other continents will try their level best to sift through the monumental and cumbersome documents to find our more information that relates to their own leaders and report on it in the public interest. In some cases governments, media owners or corporations may take greater caution than their European, American and Asian counterparts in how they react to the startling revelations.

They will cite issues of the right to privacy even where and when it flies in the face of public accountability, transparency and the best public interest. Especially where it concerns issues to do with tax and illicit financial flows out of the continent.

The Panama Papers will regardless have a distinct political impact on the African continent. This is despite the extent to which they expose political and business leaders (read as corporate and individual ones). The emerging question will be the extent to which these revelations about both African and other regions/continents leaders will raise popular disapproval at such deceptive maneuvers to skirt public accountability and the impact that they have had on a continent shared understanding about the best democratic interest.

This is because the tremendous work that has been undertaken by the courageous journalists and the primary whistleblower in this particular and phenomenal case of investigative journalism while making global headlines, cannot be left to elitist redress.

The particular point to be considered is how the people of the African continent react to these revelations. Not only specific to country cases of tax evasion but also in relation to the continent’s popular understanding of the fact that a significant number of the revealed transactions are directly or indirectly connected to investment in African countries.

Already there has been movement from the level of the United Nations Economic Commission for Africa (UNECA) and the African Union (AU) through what is referred to the as the High Level Panel on Illicit Financial Flows from Africa (HLP) to address these challenges. This is currently chaired by former president of South AfricaThabo Mbeki,.

This work by the HLP is commendable not only on the basis of it being initiated from a continental initiative but also because it has been long overdue in implementation.

What however it misses, for now, and as demonstrated by the Panama Papers is that there are other issues that relate to the global financial system that require greater scrutiny from an African perspective.

There would be need for a larger popular explanation and campaign of what offshore accounts are and how they have been used to evade paying taxes at the expense of the majority poor. This includes the complicity of not only African governments but also African businesses that would range from mining concerns to other offshore havens based on the continent.

And the primary challenge to such a campaign would be that the rich, famous, infamous and powerful of Africa also tend to be the hegemonic class

Our own fair share of such people on the continent, especially where they are persons in government or those with links to the globally rich and powerful have rarely hesitated to use all at their disposal to avoid eventual accountability. Even if, thus far, a good number of them have been listed in the new leaks from a number of African states and with links to former and current presidents.

There will be investigations of their roles by revenue collection authorities but sadly not as much political pressure as that which has been witnessed in Iceland which led to the resignation of that country’s prime minister.

What is however required in the short and long term is a new popular African approach to off shore accounts and deals that hide the movement of money and avoidance of tax via illicit deals. This is because it is our political and business elite that to are involved with a level of impunity that indicates that they do not see themselves getting into any sort of trouble if they are caught. If there is in fact any specific allegations against them, they have the money and influence to stall state investigations or have their issues ignored altogether.

What is more telling is how the global financial system works in relation to these tax avoidance schemes that hide billions of dollars. While few Africans may understand issues such as bearer shares, it is imperative that these be systematically reviewed and investigated with greater urgency by governments, regional bodies and the AU. In short we have to address rampant global capitalism and its ability to appear rational even where it is serving the already rich and powerful at the expense of the poor.