Can Corruption and Development Co-Exist? 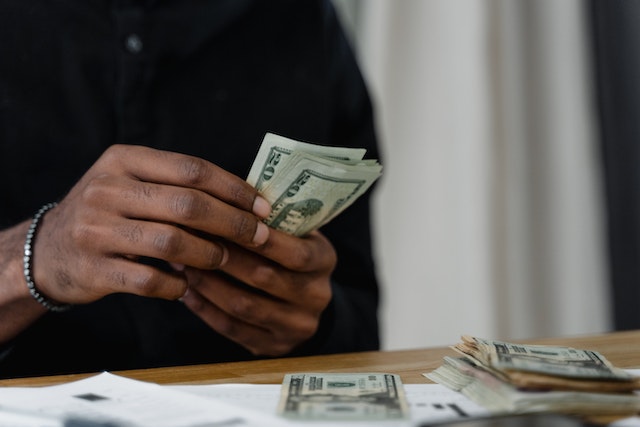 While recently discussing the corruption in Kenya with a friend, they pointed out we may be over-emphasizing the role of corruption by overlooking the nation’s development.

He noted that some countries as those in Asia, still manage to lift themselves from poverty despite the rampant crony capitalism. So, is it true that economic development can be achieved without necessarily having to fight corruption and might corruption even favour development in some instances?

From the definition, the concept of ‘conflict of interest’ is apparent. Can a person in a position of authority and responsibility be both interested in ‘what is in it for me’ and at the same time be on the lookout for ‘what is best for my country/organization?’ In theory, this should be possible, resulting in a ‘win-win scenario’ where you get both personal benefits while delivering on your public mandate.

An example would be a situation where you give a state appointment to your sibling, who also happens to be the most qualified for the position.

Our reality however is that what will result in maximum personal benefit to say, a government official, will seldom also result in the greatest benefit to the public. This is more so evident in a society such as ours, where resources and opportunities are scarce. The road to my home will rarely be the most economically productive road.

By choosing to build it first, the state loses the economic benefit that would have come from prioritizing the more economically viable road.

Secondly, a candidate for a job or prospective vendor who is the most qualified or appropriate should not need favours to get the job or award. If one needs connections to get ahead even when qualified, then society must be awarding benefits not necessarily to the most deserving, but rather in a way that feeds inequality and injustice and discourages honest pursuits.

So, what of countries such as Turkey, China and Malaysia which have in the last few decades posted impressive economic growth despite reportedly having widespread crony capitalism? Crony capitalism is a form of corruption where government officials give business to persons they are close to.

I will not claim to have an answer for this question which is likely to have many complex answers. An interesting aspect to consider, however, is how the beneficiaries of the alleged cronyism in these countries differ from the beneficiaries in the Kenyan context.

It might be that in these countries, an advantage was given to enterprises that were keen and able to grow themselves while in our case it is not. It might also be that despite having been awarded contracts through cronyism, these governments still expected and demanded that the awardees deliver value for the money paid.

One challenge that differentiates us from the Asian tiger economies is the capture of our leaders by financiers. On one hand, we rely significantly on debts and grants, which means we have to make certain choices that are dictated by financiers even where these are not necessarily to our benefit.

The second class of financiers is trickled down through our election process. As is, winning an elective position in Kenya is an extremely expensive exercise. With this, we end up with many leaders of questionable competence that are financed by individuals and entities that allegedly make their money through illicit means.

Such leaders may not have a choice but to award benefits to those that financed their campaigns and will have no moral right to demand performance.

Though in theory, a society could still develop if corruption ends up availing opportunity and capital to individuals and enterprises that are able to grow this capital.

It is unlikely in our case that the opportunities will end up with such individuals. Development should also be considered in the context of the general enhancement of the entire community’s well-being.

To answer the second question of whether corruption may favour development in some instances. The point is made by those that hold that fighting corruption hinders the growth of the informal sector.

This belief is premised on the fact that many of the informal businesses survive only because they are able to avoid paying exorbitant taxes and are able to survive even where the costs of licenses would otherwise be prohibitive.

These businesses deal in counterfeits that are more affordable to their clients, and they win ‘deals’ against their established competitors through their multiple connections. These are realities in our society and through them, many small businesses prosper.

We need to stop placing small businesses in situations where they must rely on corruption and bribery to prosper. We must resolve to remove the existing trade barriers including over-regulation and reinstate measures that safeguard local enterprises such as the restriction of cheap imports and lowering exorbitant taxes.

Small businesses deserve support to win and deliver work legitimately which can easily be achieved by setting aside some government tenders for SMEs and availing affordable credit.

Resorting to corruption as a solution introduces new costs to any business as they must now pay in kind for favors or protection.

It also about brings inequality and unpredictability in the nature of business as not all have access to the officials granting favours, which in turn kills meritocracy. Corruption also lacks the clarity of who stands in line to gain the next favour, the cost implication or when said favour can be utilised. So again, corruption even in this situation curtails development.

In conclusion, we must as a society critically analyse the effects of corruption on our development as the two are indeed ‘strange bedfellows.