Corruption in Ghana; moving from bad to worse 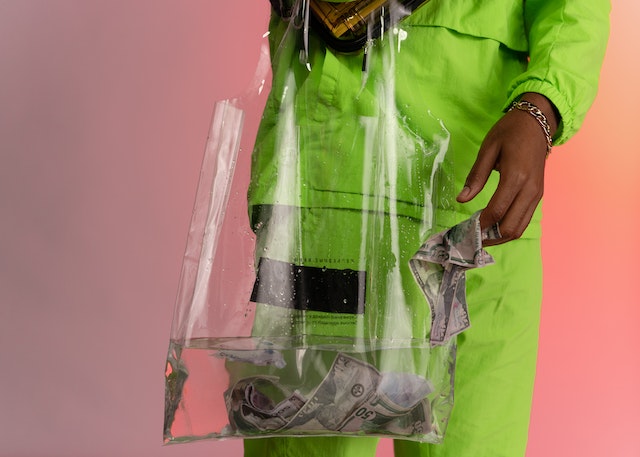 In Ghana, corruption has spread like endemic cancer, endangering future generations and the nation. According to a 2018 warning from the Ghana Integrity Initiative, the country loses up to US$3 billion annually to corruption. This estimate was confirmed by the 2021 Ghana Integrity of Public Services Survey (GIPSS) report, which showed that GHS5 billion was paid in bribes to public officials in just 2021.

Infractions and inconsistencies in the government sector from 2016 to 2020 averaged about GHS48 billion, according to reports from the Auditor-General (A-G).

The nation lost GHS12.8 billion due to violations and other discrepancies done by government entities for just 2020. Financial irregularities totalling GHS17.4 billion, an increase of 36% from the 2020 figure, were also noted in the most recent report to Parliament for the fiscal year 2021.

On the Corruption Perception Index, Ghana is currently ranked 73, bound with Hungary, Kuwait, Senegal, and the Solomon Islands with a score of 43. In fact, the nation’s performance has been so poor that it hasn’t been able to score higher than 50 on the Index since 2012, which shows how poorly it has been doing.

In recent years, the country’s score has steadily declined from 48 in 2014, reflecting the worsening corruption situation in Ghana. According to the 2022 Afrobarometer survey, about 77% of Ghanaians believed that corruption had increased, up from 53% in 2019.

Furthermore, 65% of Ghanaians believe that most or all police officers are corrupt. The majority of people, albeit at different levels, have similar negative sentiments about the president, judiciary, electoral commission, members of parliament, civil servants and other state institutions.

Evidently, there is a lack of confidence in many state institutions, which is a sign of the moral decay of Ghanaian society. Corruption is so pervasive in Ghanaian society that it has become a rule rather than an anomaly.

Parents pay bribes to school officials to secure admission for their kids; government contracts are sold covertly; healthcare workers demand monies before attending to patients; people’s fates are sealed when judges and court officials are visited with sealed envelopes and other offerings; attendants at gas stations mix fuel with water, defrauding unwary customers; landowners repeatedly sell the same piece of land, while market vendors jack up the prices of their wares and smuggle in rotten produce. Media professionals accept payment before deciding whether to air a story.

Even in the church, those who make the largest offerings have a say in positions and sermons. Corruption scandals involving the political elite and government officials have become so common that we are barely alarmed when we read about them.

However, are these events really shocking to us? Before we cast our votes, we accept bribes and gifts from politicians, but we still count on them, to be honest, once in office? People are recruited into the police force using their “connections”, do we expect them to not solicit bribes once they are hired?

We fail to uphold justice for our law students, yet expect them to be just when they become attorneys and judges? We encourage exam cheating in our students, but we demand honesty from them once they enter the workforce?

When our professors demand money and favours from students on campus, how can they then anticipate that these same students won’t be dishonest once they enter the workforce? We pay employees such pitiful wages while fully aware that they cannot survive on them, and still anticipate that they won’t find other disingenuous means of subsisting?

Where lies Integrity in our Society?

We have fashioned a social order where clever, cunning work is rewarded rather than honest labour. Simply said, working honestly appears not to pay anymore. Even with the abundant proof of corruption, we mockingly defend it by saying that it is “clever work but not hard labour,” which pays, thereby normalizing dishonesty.

Some of our politicians are in fact wealthier than their whole constituency, yet they are unable to explain how they suddenly became so wealthy. Our superstars live lives that their earnings cannot support. Our corporate leaders own enterprises with revenues that cannot be determined from their tax forms.

Our public and civil workers are far worse, just looking at their vehicles and, houses built for rent reveals the disparities between their lifestyle and pay. Despite whining about their low pay, our professors, lecturers, physicians, and nurses continue to live in a way that doesn’t make sense.

In all of this, employers pretend to pay their employees, and employees also pretend to work, yet we all lament about the level of corruption in the country.

We are quick to congratulate those who have wealth even when we do not know their source. They take the front seats at public gatherings, make the largest donations at funerals and weddings, and are appointed as chairpersons at our religious ceremonies.

Instead of preparing them to serve the country, we encourage our kids to attend school and imbibe in them the mindset to become wealthy.

Everyone expects new employees to find a place for their family and friends or, at the absolute least, to share the workplace bounty with them. Most disheartening is that, state coffers are pilfered with much impunity because it is government property and hence all must have a bite of the “national cake”.

On Wednesday, May 11, 2022, social media was buzzing as a video of a taxi driver returning money left in his car by a fishmonger went viral. The subsequent series of monetary donations and the way in which the country honoured the taxi driver was admirable, but it also regrettably revealed a lot about the drastic moral decay in our culture as a people.

Acts that should have been commonplace are now the exception. In fact, nowadays in Ghana, the person of virtue is often unliked and occasionally even punished. Yes, working “smarter” than being honest is the key to success in Ghana.

What can be Done?

We must become an honest people if we are to successfully combat corruption in Ghana. Without a doubt, our leaders must act honourably, but we ordinary citizens also need to examine our beliefs and behaviours.

Let’s start instilling the virtues of integrity, honesty, and patriotism in our children as early as elementary school, in addition to pursuing corruption-related instances. There is no question that our politicians and public officials need a re-orientation on ethical leadership. We require leaders, not simply rulers.