Home » Corruption » Recapturing the State and Mineral Rights in Tanzania

Recapturing the State and Mineral Rights in Tanzania 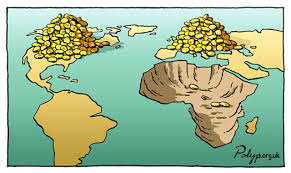 “[I]f they say that there is a lot of gold here…the obvious thing is that Tanganyika will be rich and there will be no more loans…” – Ali Saidi Mtaki, Parliamentary Hansard: 7 June 1962

President John Magufuli has recaptured the attention of the international media. “Shares in London-listed Acacia Mining”, Reuters observes, “were set to post their biggest ever one-day drop as Tanzania President fired his mining minister following an investigation into possible undeclared exports by mining companies to evade tax.” Resource nationalists are elated.

As a champion of resource nationalism, my interest is not to critique the technical report that one of the Presidential committees on the matter has presented. Its 14-page summary is self-explanatory. We may argue all day long about the accuracy of its figures, as Acacia does in its response. Yet one thing is clear: Our minerals have been plundered regardless of the extent.

My interest is to anticipate the report from the other Presidential Committee. Whereas geologists and other scientists constitute the first committee, economists and legal scholars constitute the second. As such, the latter is expected to present legal implications and give policy directions.

What is also interesting is that the chairs of both committees, Abdulakarim Mruma and Nehemiah Ossoro, are professors who were neighbors of the later Professor Seithy Chachage at the University of Dar es Salaam (UDSM). They are thus familiar with his research that were published under rhetorical titles such as ‘The Meek shall Inherit the Earth but not the Mining Rights’ and ‘Can Africa’s poor inherit the earth and all its mineral rights?’

Little did Chachage know that one day his colleagues will address this concern of his:

“In September 2001, for example, three containers full of gold ore sunk in the Indian Ocean at Tanga Harbor. Kahama Mining Company, which was exporting the ore, claimed that it was sending it to Japan for testing and processing, since Tanzania lacked processing and testing facilities (i.e. non-existence of lapidary industry)! A lot of minerals are shipped outside the country in this way. Moreover, the existence of airstrips in mining areas such as Geita, Musoma, Kahama, Lupa, Kalalani, among others, coupled with reports of low flying aircrafts landing and taking off at night, are a recipe for mineral smuggling.”

Since then a number scholars have picked the baton and done painstaking research with the hope that the government will work on their findings. One of them is Dr. Rugemeleza Nshala who now heads the Lawyers Environmental Action Team (LEAT). He compared the mining legal regimes of Tanzania, Ghana and Botswana in his Doctor of Juridical Science (SJD) Dissertation at Harvard Law School in 2012. It is aptly entitled ‘Dispossession through Liberalization: How Sub-Saharan African nations lost Sovereignty over Mineral Resources.’

Another scholar is Dr. John Jingu from UDSM’s Department of Political Science. In his Dissertation on ‘State Capture in Tanzania: Case of the Extractive Industry (1990s-2013)’, he closely studied Mining Transnational Companies (MTNCs). On page 203 he notes:

“MTNCs use a complex strategy known as offshoring to bypass the fiscal rules of the country which hosts their mining investments. These MTCNs create shell companies in multiple offshore secrecy jurisdiction for the purposes of dodging tax liabilities. Offshore tax havens are not just escape routes for taxation but also serve as policy-making factories for defending their vested interests in the jurisdictions where they operate. Moreover, offshore secrecy jurisdiction also provide safer places for transnational companies to buy off political elite to influence their policy decision in areas of their interests. The study shows that both GGM [Geita Gold Mine] and ABG [African Barrick Gold] maintain and utilise their offshore subsidiaries for tax planning purposes.”

It is indeed high time that such studies are synthesised to enable us to recapture, or rather un-capture, the state from MTCNs. The onus is on the second Presidential Committee to lead the way on this. May the people of Tanzania inherit the earth and all its mineral rights.