Zimbabwe Electricity Supply Authority: Passing the Burden to the Customer 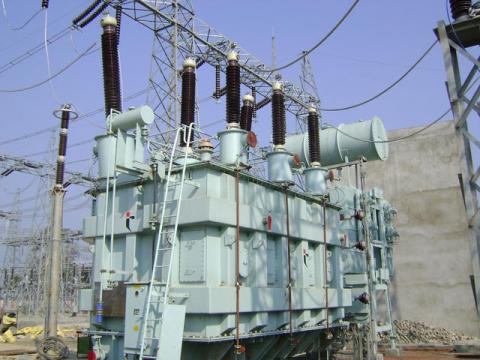 The Zimbabwe Electricity Supply Authority (ZESA) is a behemoth of a state owned and commercialized enterprise. Its remit, which is generating and supplying electricity to the country’s corporate and individual citizens is an invaluable public service that should always connote urgency, efficiency and a people centered approach to its statutory functions.

When it was commercialized and split into at four separate but linked entities, namely, the Zimbabwe Electricity and Transmission Distribution Company (ZETDC), the Zimbabwe Power Company (ZPC), Powertel and ZESA Enterprises, the assumption was it would become much more efficient and possibly profitable.

In the public view, there is new found surprise at the fact that electricity supplies have generally gone uninterrupted over the last three or so months.

This however is not testimony to efficiency. It is more the benevolence, profit motive and surplus electricity supply of the South African power distributor, Eskom. It is also a phase which will inevitably see the cost of electricity rise significantly given the announced US$6,5 million a month that ZESA is currently paying its South African counterpart.

This does not change the fact that our electricity generation infrastructure is not only still based on colonial era infrastructure but is also continually incapable of meeting the national demand for power.

What is however more astounding is the fact that apart from problems of supplies, there is the more direct one of maintenance of electricity infrastructure. Many an urban resident will always have one particular story to tell about ZESA and the issue of damaged sub-station transformers.

It begins with someone stealing transformer oil from a local sub-station. Where the local neighborhood is lucky, the transformer may become damaged but still be somewhat repairable. The worst luck is when the transformer is irreparably damaged and requires replacement.

What follows if the transformer is irreparable is one of the most traumatizing experiences of an inefficient public enterprise that anyone could wish for. First the fault center casually responds with the usual promise to send technicians who may arrive more than 48 hours after the fault report.

Second, when confirmation of the transformer being irreparable is made, comes the explanation from ZESA that the community should act to secure the substation. This includes the fortifying of the sub stations doors with steel rods, all at the consumers expense and no contribution from ZESA. The latter’s personnel return to inspect and approve the fortification but without a replacement transformer.

The explanation given is that there is a waiting list for transformers that dates back at least two months and so the given neighbourhood will have to wait it out until it becomes its turn. This can take up to a month without electricity supplies .

In panic at the prolonged lack of electricity supplies , residents try to call relatives or friends who work for the electricity utility company in futile attempts to resolve the crisis. Eventually they give up after prolonged social media networking and threats to go and demonstrate at the local ZESA office or even the headquarters.

What all of this points to is a parastatal that is functioning with an arrogant inefficiency. Never mind the fact that electricity is to the greater extent pre-paid and borderline privatized. It is as though the personnel who work for ZESA have been trained to have a habit of withstanding public clamour for a fault to be fixed.

In the process they pass on responsibility to the organisation’s higher offices that in turn are not keen on either fully explaining reasons why there are no transformers in stock let alone where all the tariff revenue is going to.

It is an unfortunate organizational culture that is fertile ground for favoritism and inevitably, corruption. Public accountability and transparency are then considered as the aversion as opposed to the norm.

For neighbourhoods affected by the loss of a transformer, while initially trying to find quick solutions to the problem, they eventually give up on expecting the best possible public service. And it becomes a waiting game while using other more expensive energy alternatives.

In the process ZESA becomes part of the problem as opposed to being the solution. And until such a time we change the management approach of this parastatal and others, we will always be the worse off despite paying through our noses for as basic a service as electricity.