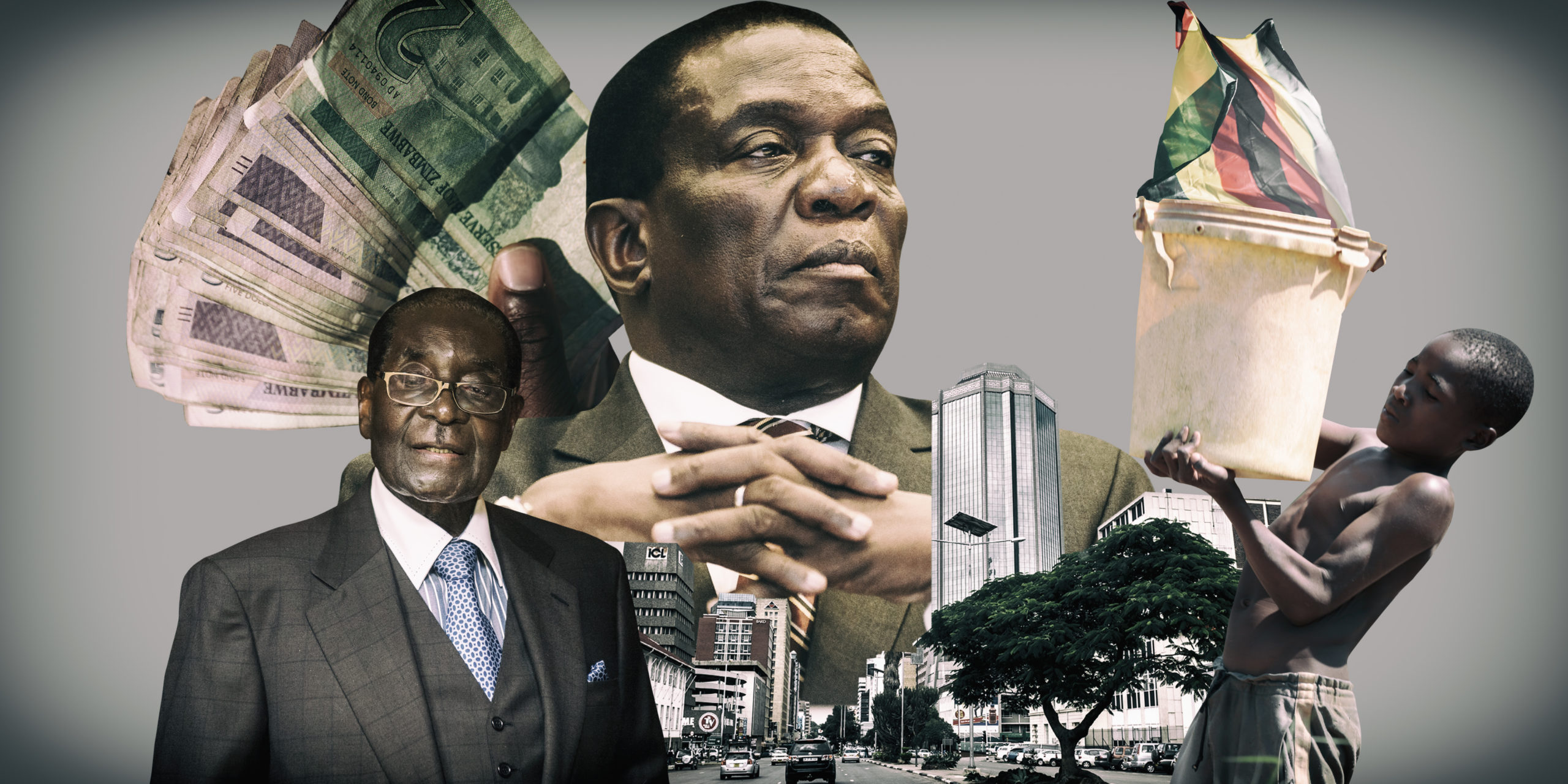 As  Tom Burgis observed in his 2015 book, The Looting Machine, “Africa’s troves of natural resources were not going to be its salvation; instead, they were its curse,’’ the report estimated US$3 billion a year in minerals like gold and diamonds being smuggled out of the country at the expense of the national economy. Zimbabwe remains poor despite the abundance of resources a phenomenon described by Burgis (2015) as the “resource curse” as a result of systematic looting.  In sequence, Macartan Humphreys, Jeffrey Sachs, and Joseph Stiglitz of Columbia University in 2007 wrote, “despite the prospects of wealth and opportunity that accompany the discovery and extraction of oil and other natural resources, such endowments all too often impede rather than further balanced and sustainable development.” Zimbabwe rightly fits in the jigsaw puzzle.

According to Daily Maverick, the report sought to understand the extent and impact of cartels and state capture in Zimbabwe’s political economy, exposing the contributing factors that have enabled these cartels to thrive. The report looked at the power structures behind cartels in Zimbabwe and analysed their impact on the economy, service delivery and long-term prospects of democratisation in Zimbabwe.

In their findings, the study exposed three types of cartels in Zimbabwe,  the first being collusive relationships between private sector companies; the second being the abuse of office by public officeholders for self-enrichment, and the third and main type being collusive relationships between public officials and the private sector.

The report also observed that these cartels thrive in Zimbabwe because of a complex mix of political, economic and social factors that create an enabling environment for cartel-based corruption. These include patronage, the militarisation of the state, unstable macroeconomic conditions, weak property rights, lack of rule of law and limited citizen agency to deal with corruption.

Overall, the study shows that cartels are deeply entrenched in many parts of Zimbabwean life and recommended for Zimbabwe to achieve economic stability the cartels have to be dealt with decisively.

Of interest is the exposé of President Emmerson Mnangagwa as one of the cartel ring leaders whose patronage and protection keeps cartels operating in the country. Kudakwashe Tagwirei, a businessman and advisor to President Mnangagwa, widely regarded as a key benefactor of ZANU-PF was also named amongst the fuel, agriculture and lately mining cartels and one of the key cartel bosses who is also at the centre of state capture. According to the report: “Tagwirei, who falls into this paper’s categorisation of money men, deftly managed the two by financing ZANU-PF’s 2018 election campaign and gifting both Mnangagwa and Chiwenga, their spouses and several top government and ZANU-PF officials with vehicles that were imported duty-free under the Command Agriculture Program (CAP). Tagwirei was recently described by President Mnangagwa as his favourite disciple, and Vice-President Chiwenga allegedly stormed out of a ZANU-PF politburo meeting when youths accused Tagwirei of corruption.”

Suffice to say, Emmerson Mnangagwa is a business partner of Tagwirei, in fact, Mnangagwa himself has said that Tagwirei is a relative – “my nephew”.

Thus, Tagwirei abuses the fact that he is in a corrupt business relationship with Mnangagwa to bully government departments and state-owned companies into illegally siphoning money from the state into their own pockets.

With the current legislation that guarantees access to information, credible sections of the media should have identified and quantified the number of contracts Tagwirei’s companies and subsidiaries have with the state. Such must be revealed because there has never been one single business empire in Zimbabwe that monopolises state contracts in the manner that Tagwirei has done.

In reality, what Zimbabwe is currently going through under Mnangagwa is a form of criminal state capture by his kinsman, Kuda Tagwirei is essentially in business with the First Family.  Therefore, is no doubt that the extent of capture is deeper than what has come out in this particular report.

Consequently, while the report drew ire from Civil society and citizens in general it is the lack of a coordinated campaign and programme of action by citizens to rise against this cancerous behaviour that is bleeding our economy. The issue seems to have died down, and how soon do Zimbabweans forget and attention has been divided to discuss Vice President Kembo Mohadi’s alleged philandering escapades with said subordinates. Typical of a citizenry whose consciousness has escaped and never said goodbye.

The silence of Zimbabweans over such an issue is alarming and at this rate, we will be left with no country.  This report is just the tip of the iceberg of the many scandals and grand looting by cartels who have captured the state in broad daylight.

Despite the abundance of information floating around our media has also been exposed for their lack of sophistication and rather limited investigative capacity to search for more and expose the shenanigans that have been happening over the past decades. The country has an adequate legislative framework to guarantee Zimbabweans media access to such crucial information,  but there is no one to genuinely pursue such because the media is either complacent, captured or compromised.

It is in this light that all right-thinking Zimbabweans must stand up against the Tagwirei kleptocratic syndicate because at this rate we will soon be left with no country.

In the final analysis, I would posit that the solution to dealing with cartels and state capture is to remove ZANU PF from political power, and Zimbabweans must never be apologetic about that.  However, the process in which ZANU PF will be removed from power is through elections, this is why therefore there has to be a clamour for electoral reforms to enable free and fair participation of citizens. This does not mean, however, that other means to remove a captured state will not be explored, because, under a dictatorship, electoral outcomes are not the true reflection of the people’s wishes and interests.