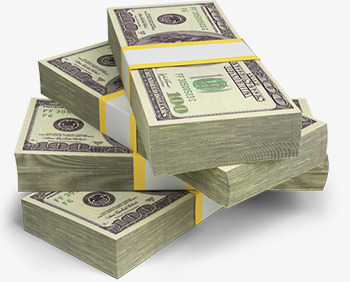 There is a time for everything: a time to steal and rejoice, and a time to return back stolen goods. Is it not shameful to enjoy what is not yours? I think the time has come to return ill-gotten property.

In Kinshasa or elsewhere in the DRC, you will regularly hear this expression: “Aza ndeko ya …”, in English lousy translated: “it is the brother or sister of …” That’s to say, you must be careful because the the person you are dealing with is not anyone. She has relationships in the regime and can put you in jail.

The outgoing regime in the DRC has grown strong and untouchable men. Because they are friends, brothers and sisters or pricks of a minister, general, governor or a member of the cabinet of the head of state, many have enjoyed impunity and immunity throughout President Kabila’s regime. They amassed ill-gotten property. Houses, concessions, vehicles, wages, businesses, etc., belonging to the state or to ordinary citizens have been stolen and confiscated by untouchables. In front of justice, even if they are wrong, it is they who will win the lawsuit. More seriously, we have seen cases where some have taken on even wives of others. You sit with your wife in a cafe, a man with a weapon walks in and says: “Sir, the colonel sends me to get this woman! You dared to go out with the colonel’s wife. “

In the provinces of Kasai, a highly diamondiferous region, we  often have strong men confiscating diamonds and wealth from poor defenseless merchants.  All mining quarries are invested in and run by relatives of civil and military authorities in the Kivu, former Katanga, etc. And the illicit traffic in minerals is in full swing.

The Consequences, the currencies which should have entered the Public Treasury end up  in the pockets of the individuals. They house their ill-gotten property in tax havens abroad. This is how the country is kneeling despite its many natural resources.

The situation in the Congo has become such that coups are taking place even in universities. Many of these strong men have ill-gotten academic degrees and academic titles. I wonder how someone could feel comfortable wearing a title he does not deserve! We see them go up in class for graduation  when they did not even attend classes. Meanwhile, peaceful, worthy citizens have lost their jobs in companies for the benefit of famous “brothers and sisters” of ministers or generals of the police or the army. If you dare to protest, you will go to jail!

It is well known that many of those who were declared elected in the last elections by the electoral commission have never really been elected. There are lawsuits going on, but we know that the power of money will decide. We have people who claim to represent the people in government or Parliament without having been elected.

And so,  to all these we say : please, return the ill-gotten wealth and goods, Our country deserves that and you owe it,  that one thing