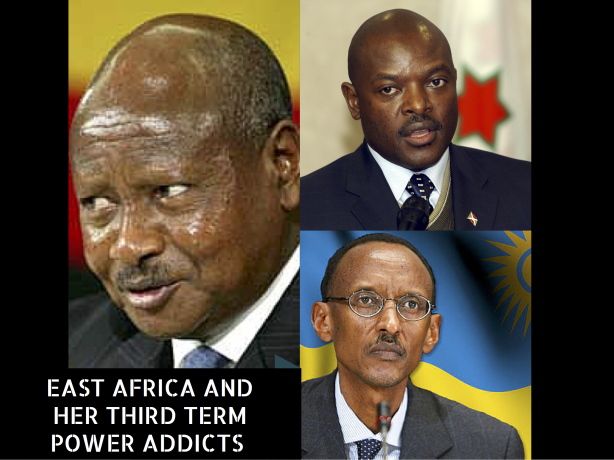 Africa’s problems lie not in the challenges unresolved, but in the leadership that has failed to find solutions to the challenges that have bedevilled the continent for many centuries. Although many years have gone by, African leaders (Rulers) seem to find comfort in the excuse that western occupation and colonisation was the reason for their failure to match other continents in governance, economic growth, education innovation and technology.

The case of Uganda is a perfect example of liberation gone bad. In 1986 Mr. Yoweri Museveni the then leader of National Resistance Army (NRA), a rebel outfit fought the government of Dr. Milton Obote (RIP) on account of vote rigging and won a five year guerrilla war in the jungles of Luwero.

After the war, the NRA leaders quickly found their way into the hearts of the people hence they made political statements and declarations. Mr. Museveni is often quoted to have said that his leadership was not just a mere change of guard, but a fundamental change. He further stated that Africa’s problem was leaders who overstay in power.

30 years later, that fundamental change has been tremendously elusive. This is because Mr. Museveni has proved to be a mere change of guard on several occasions. For instance he yielded into the same temptation that he diagnosed as Africa’s problem. Mr. Museveni’s over stay in power was simply facilitated by the distrustful Constitutional amendment to remove the Presidential two term limits to favor only one person, Mr. Museveni. That amendment robbed able leaders of the opportunity to spur Uganda’s development since many years down the road Mr. Museveni still hinges on the claim that only he has the vision for Uganda. In effect the amendment provided fertile ground Mr. Museveni to perpetuate his grip on power.

Unfortunately for Uganda, Mr. Museveni’s insatiable appetite for power saw the erosion of one of the safe guards from Uganda’s 1995 Constitution a concept which has been exported to Rwanda and Burundi. Mr. Museveni just like his neighbors Paul Kagame and Pierre Nkurunziza are now enjoying the same cup of holding on to power beyond what their Constitutions originally prescribed. This love of overstaying beyond their constitutional welcome has left ugly holes in the Constitutions of Uganda, Rwanda and Burundi introducing with them a bad culture of enacting laws to favor a sitting president and in effect curtailing the chances of Constitutional change of leadership.

There are many third term power addicts in Africa like these three men in East Africa. It is therefore a challenge for the East African Community member states to breathe life into the East African Community Treaty for it calls for adherence to the principles of democracy, the rule of law, accountability, transparency, social justice, equal opportunities, gender equality as well as recognition, promotion and protection of human and people’s rights in accordance with the African Charter on Human and People’s Rights.

Failure to adhere to the above principles will create an uncertain future for the Community since while some rulers are violating the principles others are following them to the letter. For instance Tanzania’s former President Jakaya Kikwete was concerned about the governance tenets in the region and was willing to call on his neighbors to reform, unlike Uhuru Kenyatta who did not care about governance since his entrance in the presidency was also questionable.

The question now is whether Tanzania’a new President John Pombe Magufuli will just remain silent about the obvious wrongs. It will be a classic case of inconsistence if he chooses to mingle with the three member states that are not open to reforms yet his administration is bent on reforming the state and running a government that works for the people of Tanzania. The East African Community integration sits on a rocky ground if all member states are not on the same page regarding governance and democracy as they ought to be.