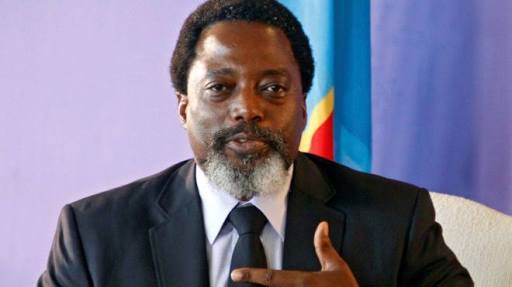 This is something that the Congolese would never have imagined a month or two ago : President Kabila leaving SADC.

President Kabila said goodbye to his SADC heads of state counterparts last weekend in Windhoek, Namibia.
We breathed a sigh of relief in the Democratic Republic of Congo, he finally committed to leave after the elections of December 23, 2018. For a man who has badly run the Congo for 17 years – this indeed came as a huge surprise.

Joseph Kabila has spent the last three weeks surprising us. Many thought he would run for a third term, but he chose a dauphin. National and international pressure has been so strong that a third term could make the Congo ungovernable. He spent 17 years at the helm of our country getting rich and doing nothing. The people were not going to allow him to get a new term nor the international community. Everyone knows that countries like Angola have played a decisive role in the electoral process in the DRC in recent days. It was after his recent meeting with Angolan President Joao Lourenço in Luanda that Kabila made the wise decision not to seek a third term. The person he has endorsed Emmanuel Ramazani Shadary.

By renouncing a third term, Kabila distinguished himself from Paul Kagame, Yoweri Museveni, Sassou Nguesso, Pierre Nkurunziza and Idriss Deby in Central Africa. Most of these presidents have changed the constitution to stay in power beyond two terms.

At the 38th SADC Summit of Heads of State, Joseph Kabila said, “I’m not saying farewell to you, but goodbye.” And because of those words, the Congolese people can rejoice that Kabila will finally leave in December 2018. We population, we do not say goodbye to him, but farewell. Indeed, Kabila should have left in December 2016, the date of the end of his second and final constitutional term, but he was stubborn because he still believed in a possible third term for him. Today, the fact he has designated a dauphin and said goodbye to his fellow comrades is a victory for the Congolese people. The people who shed their blood during demonstrations for democracy and respect for the Constitution, the people living in the most indescribable misery while the Congo is immensely rich.

Kabila will go, leaving a country on its knees. A country infested with armed groups and where the majority of the population has neither electricity nor running water. A country where unemployment is the rule and employment is the exception. A country sick with Ebola and cholera.

So I say to Kabila : please go and never come back!