Home » Democracy » It is confirmed and proven: Togo is a dictatorship

It is confirmed and proven: Togo is a dictatorship 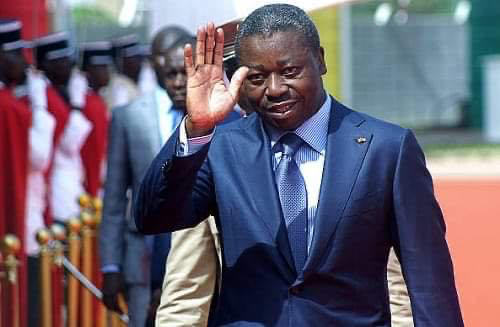 The country of Togolese President Faure Gnassingbé is a dictatorship. This is the verdict given by the newspaper “The Economist“, a British news magazine, which includes a media consortium, which released its 2019 country report by democracy index. An index that highlights the capacity of a truly democratic country.

Such a classification will not come as a surprise for the majority of Togolese, who continued to claim that their country is a dictatorship, a monarchy, and a dynasty. There are many qualifiers to confirm that since 1967, Togo is ruled by the Gnassingbé family and apparatchiks. No changeover has ever happened for more than half a century, despite the Togolese people’s fierce desire to see other leaders presiding over their destiny; a wasted effort. The force of arms against bare hands.

The Togolese regime is one of the most bloodthirsty and violent in West Africa. Togo, unsurprisingly, is an authoritarian regime like North Korea, scoring an average of 3.1 out of 10 when measured against the democracy index (The Economist). Indeed, the report released by The Economist is undoubtedly intended for a certain international opinion which pretends not to be aware of the drama which unfolds in this small rectangle of a country covering a surface area of 56,600 km2 for a population of only 7 millions of souls.

According to The Economist, the democracy index is rated out of 10, and distinguishes 4 groups of countries throughout the world. Countries with full democracy have an index higher than 8. The index is between 6 and 8 for countries with imperfect democracy. Those with an index between 4 and 6 are called hybrid regimes. And the authoritarian regimes are where the index is lower 4. While Norway, Ireland and Sweden have the upper hand in terms of democracy, France (which claims to be a country that cherishes the values of justice and equality), is ranked 29th and is classified as a country with imperfect democracy.

In terms of democracy, Togo is the worst pupil, far behind Benin and Ghana, its immediate neighbours.

The index of “The Economist” is based on criteria such as electoral processes and pluralism, the functioning of government, participation in politics, political culture and civil liberties. The fact that Togo finds itself on the same level as North Korea gives us a better glimpse on the realities of this country which uses democratic makeup to appear politically reputable.