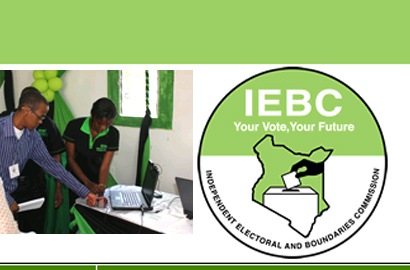 Britain’s Queen Elizabeth famously declared 1992 an “annus horribilis”, one which, she said, she wouldn’t look back with undiluted pleasure. For many around the world, 2016 has similarly turned out to be a horrible year. From the deaths of several pop culture icons; to the millions forced to flee senseless killing and destruction in the middle east; to the political earthquakes that were the Brexit vote in the UK and the election of Donald Trump in the US, 2016 has been one for the books.

For Kenyans, the year is ending largely as it begun: in uncertainty, fear and with a sense of foreboding.

We were barely through the second week of January when reports begun filtering through of an attack on Kenyan forces serving in an obscure centre somewhere in south western Somalia. El Adde would soon become one of the most familiar Somali place names in the country as the true scale of the tragedy unfolded, despite the government’s best efforts to hide it. With between 140 and 200 Kenyan soldiers slaughtered by the Al Shabaab terror group and another dozen taken prisoner, it was Kenya’s largest military defeat and made a mockery of the claim to being one of the continent’s most effective armies. Following the incompetence and malfeasance on show during the Westgate Mall attack in 2013 and in Mpeketoni and Garissa University thereafter, El Adde was the final nail in the coffin of the Kenya Defence Forces vaunted reputation.

In the final weeks of the year, the air has been thick with more fears, this time of a distinctly homegrown variety. The long-simmering dispute between ruling party politicians and their counterparts in the opposition coalition over the ground rules for next year’s general election has once again burst out into the open. The ugly scenes and reports of fisticuffs in the National Assembly that accompanied the passage of the amendments to the Elections Act as well as the opposition threat to renew their campaign of street protest have raised temperatures and the potential for politically-instigated violence across the country in 2017.

On the face of it, these two situations couldn’t be more different. However, a deeper examination reveals that they spring from the same root: namely the Kenyan penchant for ignoring and postponing problems rather than confronting and resolving them.

At least since Westgate, it had been clear that there was something seriously wrong with how the Kenya Defence Forces conducted operations. And every year since has brought more cause for concern. Yet, whether it is accusations of being engaged in the smuggling sugar into Kenya and charcoal out of Somalia or allegations of indiscriminate shelling of civilian villages both inside and outside Kenya, or of bungled responses to terror attacks, the response has been either denial or a deafening silence. There have been no attempts to hold the military top brass to account for the many failures or, at least publicly, to understand and eliminate the reasons for them. What a senior police officer told the Nation is probably true of the military: “The police service has basically learnt nothing from Westgate, Garissa, Mpeketoni and others.”

Similarly, it has been clear, since the 2013 general election, that there were many serious flaws in the country’s electoral system. From the fact that the Independent Electoral and Boundaries Commission did not know how many voters it had registered, to the preponderance of voter registers, the frozen screens at national tallying centres and the admission by one Justice that the Supreme Court might have ruled differently given more time, the signs of systemic failure were clear.

Yet for nearly three years there were no demands for a comprehensive and independent audit of the system to identify and fix the problems. Instead, as the current furore over the electoral law demonstrates, we have allowed the politicians to hijack the discourse of reform, just as they did in 1997. That, unfortunately, did not turn out well a decade later.

The amendments to the Elections Act passed earlier this year following the street demonstrations initiated by the opposition, mandated that the elections be run on an integrated electronic system, defined as “including “biometric voter registration, biometric voter identification and electronic result transmission system”, which the IEBC was meant to have put in place by December. That has not happened. And so even the current standoff over whether there should be a back up to the electronic system is somewhat moot as there is nothing to back up.

Yet all parties keep declaring their commitment and fidelity to the electronic system. Even the Jubilee cohorts pushing for a manual back up, keep saying that it would only be needed in case the (non-existent) electronic system breaks down. The truth is, it is all theatre. It is all for show. Instead of dealing with the real issues, the furore is about obscuring them. It is about keeping us focused on the problems of our politicians, not our own.

Not fixing our problems is what has landed us in the trouble we are currently in. And if we hope to ensure 2017 is more annus mirabilis than annus horribilis, then that is a habit we must break.