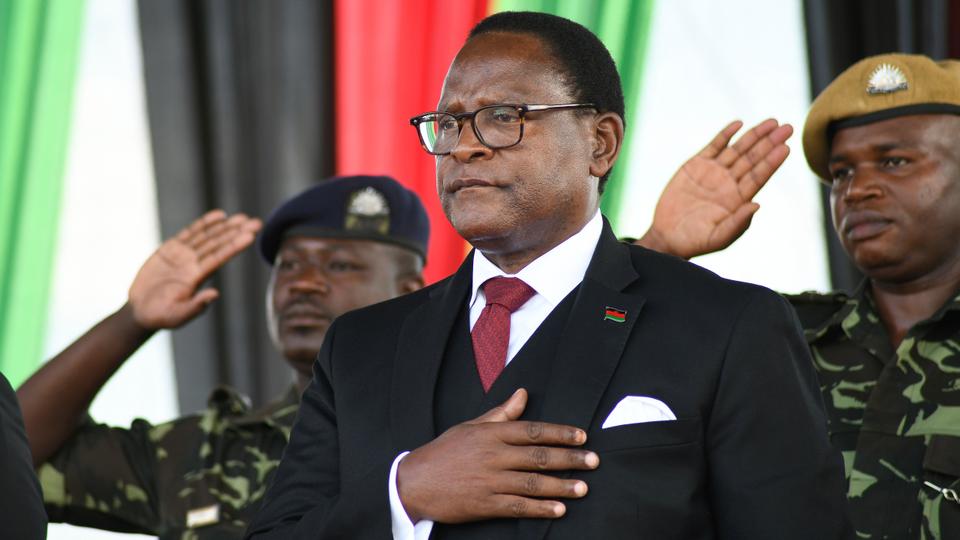 If there is life after death as it is assumed elsewhere, former Zimbabwean President Robert Mugabe should be smiling and wishing Malawi’s President Lazarus Chakwera the best as the new chairperson of the Southern African Development Community (SADC).

Chakwera, who is only a year old as president of Malawi, took over the rotational post of SADC leadership from Mozambican president Filipe Nyusi during the SADC’s 41st Ordinary Summit held in the capital Lilongwe, Malawi on 17 and 18 August. Although Chakwera is not the first SADC chair from Malawi, having produced Bakili Muluzi and Joyce Banda in 2001 and 2013 respectively, the incumbent’s story is worth telling for two reasons—his stance against induced inequalities by the global super-powers and also the revival of the call for a seat for an African country in the United Nations (UN) Security Council.

Since assuming the presidential seat in June 2020, Chakwera has made a mark in the region with well-written speeches characterized by depth and new lines of thinking and reasoning. His speeches at the funerals of John Magufuli and Kenneth Kaunda in Tanzania and Zambia respectively framed the lives of the fallen giants in a different way than what most people including citizens of the two countries used to see and think about their fallen leaders. This rare character of angling perspectives in unique ways to move souls takes charge in his SADC inaugural speech.

In this speech, Chakwera does not want us to see Africa’s challenges in fighting Covid-19, particularly through access to vaccines as a surprise. It was expected and we should expect the same in future if nothing is done. He confidently singles out “induced inequalities” by the developed world as the genesis of it all. He argues that the long-lived restrictions which have created inequalities between the developed and developing world have only kept Africans at a disadvantage, leaving them in deeper poverty worse than they were.

“I want to make a larger point to the rest of the global community. The inequalities and disparities we are seeing in the distribution and production of Covid-19 vaccines are symptomatic of an old geopolitical framework that is no longer working, no longer sustainable, and no longer acceptable” charged Chakwera.

In the speech, the pastor-turned politician is also trying to pull down the main switch which Mugabe struggled to push down until his last days in office: the fight for equality in key institutions that make critical decisions for the world. The Covid-19 pandemic has exposed how this inequality continues to disadvantage the developing world. Until now, all African countries are waiting for the West to produce and share with them the vaccines. Chakwera sees this as a structural issue with solid roots created and enjoying sustainable irrigation by the superpowers.

It is this thinking that saw Chakwera resonating with Mugabe in his speech when he made a staid call to the UN Security Council to consider creating a seat for an African country. I would argue that the Covid-19 issue helped to make Chakwera’s call solid while giving the issue a fresh touch and relevance. Like Mugabe, Chakwera tries hard in the speech to justify the incompleteness of the council without Africa which is one of the largest populated continents in the world.

Like an activist, he denounces the tendency of treating Africa as a ‘second class.’

“We as Africans have a moral duty to refuse second class status in our participation in United Nations decisions that affect the peace, stability, and sustainability of our world. So, the time has come for us to insist that Africa must have at least one permanent seat in the UN Security Council,” he said while highlighting that it will be one of his core agendas during his tenure.

This is the battle that Mugabe fought fearlessly during his last years in power. He condemned in strongest terms slavery and colonialism, and most importantly, the UN Security Council’s refusal to create a seat for an African country. In his final speech as African Union chairperson at the 26th African Union Summit in Addis Ababa, Mugabe challenged the former Secretary-General of UN, Ban Ki-moon.

“We are supposed to be free, the 54 countries. We come to the UN’s ceremonials, every September, we are there. We pay a lot of money to go there, and at the general assembly, we present speeches, and we go back home year-in and year-out. But the bosses in the security council say you shall never have the powers that we have as permanent members. And we have asked and asked, reform the Security Council.

“I want to tell you, Mr Ban Ki-Moon, you are a good man, but of course we can’t make you a fighter, that is not what your mission was. We will fight a fight for our own identity, integrity, and personality as Africans. We are Africans,” said Mugabe to a thunderous applause.

Chakwera’s quest to push for a seat at the security council and the call to end inequalities that disadvantage Africans is something we need to pay attention to during his one year in office. As new blood on the block, the way he will handle these issues has the potential to give the region new hope because there are several arguments, he has to fight against to succeed. One of them is securing a seat in the council where even if the decision to debate the issue is brought to the table, African will have no one to vote for it. Only members of the council vote.

The tired voices in the region including the little progress in achieving SADC’s goals have left many people without hope in the institution. For over three decades, it has failed to make free movement in the region a reality. Other calls include creating a single currency and the highly touted free-trade-area and regional integration. If truth is to be told, the progress made on these leaves a lot to be desired. President Chakwera needs to know that people in Limpopo in South Africa, Nampula in Mozambique, Luanda in Angola, Dodoma in Tanzania, and Aketi in the Democratic Republic of Congo among others, are still waiting for a SADC institution that delivers effectively and efficiently on its promises.