Home » Democracy » Niamey sounds the death knell for ‘dynasties’ in Africa: The case of Togo

Niamey sounds the death knell for ‘dynasties’ in Africa: The case of Togo 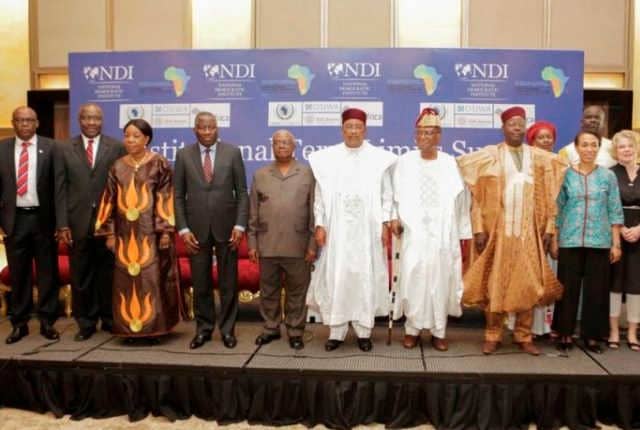 In October, upon the initiative of the National Democratic Institute (NDI) and its partners, former Heads of State and members of civil society gathered in Niamey, the capital of Niger, to discuss constitutionalism, the limitation of presidential terms, and the peaceful transfer of power.

As we all know, Togo has been ruled for more than 50 years by a single family characterised by the systematic refusal to transfer power, in collusion with an African and international community that condone the Togolese regime from father to son and endorse hereditary transfer at the cost of 500 Togolese killed (at least according to the 2005 United Nations report).

This meeting in Niamey was certainly interesting but at the time, the Heads of State were suffering from a more binding mechanism, namely, the syndrome of clinging to eternal power. A great loss of human lives could have been (notably in Togo) if alternation had not been refused.

And after the Niamey conference? Do the former Heads of State have the capacity to prevent the fourth term of office for the son of Eyadema, who has created a dangerous precedent by offering himself a third mandate under the watchful eyes of the international community, after falsifying the election?

While we shall congratulate those Heads of States for understanding, even if too late, that no one is irreplaceable and more insightful in a Republic to dare to prevent a true political leadership to hatch, the conference nevertheless observed the democratic decline to unwanted constitutional changes, which removed the lock on term limits adopted during the democratic renewal of the 1990s.

According to the Niamey declaration, “of the 21 African countries that have maintained the term limits, Heads of State have been in power for only four years, on average. On the other hand, the average time in power for the 10 African leaders who avoided term limits is 22 years. Yet, the removal of mandate limitation undermines the confidence of the populations, increases the concentration of the power in the hands of one or a handful of individuals and thus reduces the political space.”

No need to demonstrate again that in this regard, Togo holds the Nobel Prize for the removal of the constitutional lock, giving pride of place to a life presidency for the Gnassingbe family alone, and stooges for more than half a century.

In the current context, Mr Faure Gnassingbé, thanks to the appointed deputies, has reset the constitutional counter to give himself a pretence of presidential virginity and is on track for yet another electoral holdup he is notorious for, to grant himself a fourth term. The 2020 presidential election will once again confirm the status of the kingdom held by Togo, that the officially sworn fervent democrats – the great powers and the regional bodies of the black continent, resign to live with.

Can the former Heads of State who, in the Niamey declaration, declare they commit to limit the presidential terms and bring the Togolese number one to reason? This is a President for whom no torrent of blood and no threat, are above the presidential chair. He alone has  15 illegitimate years of rule in a Togo that has become family property.

It is comforting to read in the Niamey Declaration that “constitutional revisions or amendments solely decided for the benefit of an individual or a minority through the removal or amendment of the limitation of the presidential term are contrary to democratic aspirations. Although such changes may be consistent with the law, they do not respect the given word that must be sacred and thereby thwart the spirit of the original constitution. Beyond being a legal instrument, constitutions must be considered as a moral commitment between citizens.”

If the former heads of state that are familiar with the repressive power of Togo, supported by the strong clan army, help to perform the miracle of a peaceful transfer of power, they would have accomplished just that and will have saved humanity from a dictatorship as harmful as it is bloodthirsty.