Home » Democracy » Running despotism on a chip: Why we Must Speak Out on Internet Freedoms

Running despotism on a chip: Why we Must Speak Out on Internet Freedoms 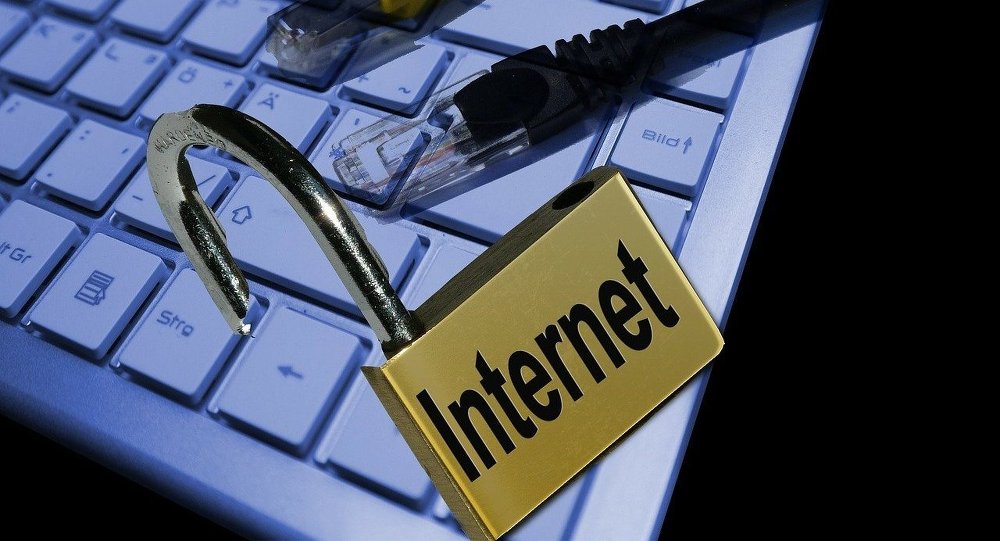 In the last three months, I have attended two major events and participated in discussions on free speech on the internet. On July 10, I participated in the Uganda social media conference in Kampala. Earlier in May, I was in Berlin for the 10th edition of re:publica. Discussions at the two events reveal one thing: we are no longer capable of building the net we want.

When the world wide web was created in the early 1990s, enhancing the potential of the internet, the promise was that it would allow us to democratize free speech in unprecedented ways. This hope depended on the promise of existence of a free net in the digital age.

In a race to use the platform for free expression, millions of people around the world continue to respond to the urge to get online. However, few are alerted about the issues that threaten their digital rights to prepare them to challenge abuse of their rights. And yet, the threats are real.

For example, social media has created a robust social graph of the human race like never seen before. Governments in turn are using these graphs to monitor and survey the net. How they use the data largely depends on the quality of democracy in the country. In an authoritarian country, we are creating a platform for perfect despotism – run on a chip.

We must be prepared enough to demand respect of our internet freedoms and use the platform for digital activism or simply express ourselves freely. But will folks in government let us exercise this inherent freedom on a silver platter – as it should be?

In a 2014 Freedom on the Net report by Freedom House, 36 of the 65 countries assessed experienced a negative trajectory since May 2013. Most of these countries took multiple measures to control speech online as internet freedom around the world continued to plummet.

During his keynote address at the Uganda Social Media Conference, Daniel Kalinaki, Managing Editor at Nation Media Group noted, ‘the authorities have taken the analogue restrictions on the media into cyberspace.’ To explain this, Daniel equated cases of social media shutdowns to the closure of a traditional media house.

Nicholas Opiyo, a civil rights advocate and a panelist at the conference to discuss how social media is redefining democratic space in Uganda noted, “the level of intolerance is very pervasive and that can be viewed in the laws that we pass.”

In Berlin, I listened to Prof. Eben Moglen, Founder of the Software Freedom Law Center elaborate on this honesty problem during a lecture he eloquently presented alongside Mishi Choudhary at re:publica. He opined that freedom of the mind depended on existence of free technology – free hardware, free software, and free bandwidth.

It is opaque that we can no longer achieve this freedom today. Prof. Moglen thus warned,

“[W]e are no longer capable of building the network we want. We are only capable of speaking about the net we do not want… We can no longer accept network neutrality. We are compelled to resist network hostility.”

Is Prof. Moglen right? Is Daniel right? If they are, what is the way forward?

Let’s take a case study of Uganda – a country that has experienced two major shutdowns of social media platforms this year and state-sanctioned surveillance reigns. (Uganda was also quoted in Prof. Moglen’s speech, and of course, extensively discussed by Daniel and Nicholas).

Aware of the Internet’s huge untapped potential, government has taken steps to develop the ICT infrastructure to facilitate private telecommunications companies to improve on their network and get more people online.

Although some will argue that people are free to express themselves online, it is also true that the state is taking authoritarian acts to silent voices of dissent online. Surveillance and reprisals for online speech are real.

In the 2015 Freedom on the Net report, Uganda was rated as partly free. It scored the same mark in 2014 only that this time, it scored a negative 2 – placing it in the same category with countries such as Ethiopia.

And we can understand why the freedom on the net is gradually deteriorating in the country. In 2014, the Uganda Police Force set up a Cyber Crimes Unit. Although such a unit is noble, in Uganda’s situation, it pauses a new threat to online speech because of subjective crackdown on dissent – akin to what the police are doing on the streets.

In less that a year, at least 5 people have been arrested and detained for their alleged social media activities. None of the cases has been tried leading to a conviction. People are arbitrarily arrested, locked up in cells, and either released on bond or slapped with frivolous charges and pushed to the clogged criminal justice system at court and everyone forgets about it.

Many more have frequently been threatened and intimidated for their activities online. Others are under surveillance for their public interactions on Facebook, twitter, and private chat apps such as WhatsApp.

These acts have a chilling effect on free expression and encourage self-censorship.

In fact, one can safely argue that the government will subjectively use the filters to block or interfere with traffic of voices of dissent on the web. The downside is without open internet, internet service providers could block dissenting voices and deny marginalized voices a platform to freely speak out.

Even without the new filters, we already know that in 2015 alone, topics such as mobilizing people for public causes, criticism of authorities on the internet, anti-corruption campaigns, and LGBTI issues were most filtered and censored in Uganda.

Although the Ugandan Constitution guarantees freedom of expression, speech and the right to access information, several laws are in place to curtail the same freedoms beyond the justifiable limitations in a free and democratic society.

Notable is the Computer Misuse Act of 2011. For example, section 25 of the law establishes the offence of ‘offensive communication’ punishable with up to one year in jail, fines or both. The offence is vaguely defined as the use of ‘electronic communication to disturb or attempt to disturb the peace, quiet or right of privacy of any person…’

Robert Shaka, a blogger, was recently arrested and charged under this section for allegedly posting ‘offensive’ comments about the health of President Yoweri Museveni. Part of the charge sheet reads:

“[Robert Shaka] disguising himself as Tom Voltaire Okwalinga (TVO), between 2011 and 2015, willfully and repeatedly using a computer, with no purpose of legitimate communication, disturbed the right of privacy of President Museveni by posting statements as regards to his health condition on social media, to wit, Facebook”

This section is being challenged in the Constitutional Court by Chapter Four Uganda, a civil rights group.

The Penal Code Act also establishes the offence of criminal libel. Criminal sanctions for speech threaten freedom of expression both online and offline. In concert with partners, Chapter Four Uganda is also challenging these criminal sanctions in the East African Court of Justice in Arusha.

In 2010, the Regulation of Interception of Communication Act (RIC) was passed to grant government permission to tap into personal communications for ‘national security concerns’. In March 2014, Unwanted Witness reported how government had requested for over US$80 million to purchase surveillance equipment to set up a monitoring center. Offences under this Act attract revocation of licenses and penalties of up to 5 years in jail.

In 2014, the Data Protection and Privacy Bill was drafted. The proposed law is apparently targeted at addressing growing concerns over infringement on right to privacy of online. However, a closer look at the bill reveals broad and vague provisions capable of facilitating collection of personal data.

What now must we do to defend digital rights?

As dictators learn how to digitize their oppressive ways to curtail digital activism and throttle free speech, we must have a discussion about the net that we do not want to push back against surveillance, censorship, filters, threats, intimidations, arbitrary arrests, and other related undemocratic acts to erect a barricade.

As we live in a world of apps and increasingly move into a smart world – smart technology, smart cities, smart governance etc – we must take action to resist network hostility and defend digital rights.

We may give way to the right to remain anonymous in certain circumstances – for example mandatory registration for mobile phone SIM cards in mobile internet subscriptions and other internet connection devices – but we cannot afford to sacrifice the right to privacy because of fear.

Beyond what those in control would want us to believe, who has access and control over the information that we share online? What happens to it?

What more can we do to protect the right to privacy on the internet?

What can we do to empower private internet service providers to defend our digital rights in an economy of free speech that is tempered with aggression and government control? Apart from encryption, how can we autonomously move packets of data online and avoid packet sniffing?

How can we take back our unpredictable nature to leave room for freedom of the mind online?

What can we do to build technology that can barricade against this intrusiveness in favour of a machine that we need?

“Everywhere we fear, we fear things of which we ought to be afraid of. But everywhere we fear, we fail to fear the things that we should fear the most, which are things we cannot see. When we have made our technology strong enough to defend us from the strongest, then we can start to worry about how we can defend ourselves against weaker criminals,” Prof. Eben Moglen cautions.