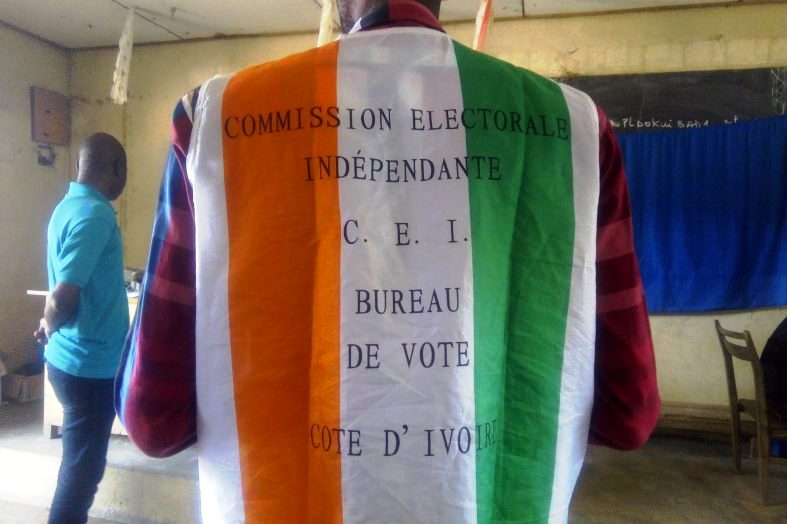 Côte d’Ivoire goes to the elections this morning even as tension and fear grip the country. The battle for the country’s top seat has once again divided the political class. While authorities have promised to deliver a transparent, free and fair exercise, there is increasing fear of violence across the country. Especially following calls for mass action and  “civil disobedience” by the opposition.

The candidacy of the outgoing president, although approved by the Constitutional Council, is not entirely acceptable among the Ivorian political class. Only four candidates, including that of the incumbent, were given the nod to run for president out of the 44 applications. The other 40 applications were rejected for among others: lack of sponsorship, non-payment of the deposit of CFA 50 million (approx USD 89,600) and names missing on the voters’ register.

The two main opposition candidates in the race, Henri Konan Bédié – former President of the Republic (1993 – 1999) and president of the PDCI (Democratic Party of Côte d’Ivoire) – and Pascal Affi N’Guessan, of the Ivorian Popular Front (FPI), have decided to form a united front against the candidacy of the outgoing president.

The call for “civil disobedience” was made to prevent the presidential election from being held today (October 31, 2020). This has already sparked demonstrations in several parts of Côte d’Ivoire and blocking of distribution of election material by the CEI (Independent Electoral Commission)  throughout the country. The opposition firm and maintains its ground that the presidential election will not take place today.

With the growing tension, the government recently launched an election security operation to guarantee smooth elections. The operation which began on October 25, 2020, and is expected to run till November 3, 2020, comprises of 35,000 law enforcement and security officers. Police officers, gendarmes and soldiers make up the bulk of this operation.

The populations, for their part, are in turmoil. While the security apparatus is reassuring to some, others fear the escalation of violence. It’s just ten years since another post-election crisis which left over 3,000 people dead and several others displaced.

It is more for fear that I will not vote,  there will be chaos in the polling stations.  I think it’s safer for me to stay at home. Neither side has succeeded in showing us that if a person decides to vote, they will be able to respect their right to vote. Whether we agree with the elections or oppose it, I think that as citizens, we all have the right to make a choice. The choice to vote or not to vote. However, in the present case, neither the opposition nor the party in power showed any predisposition to be able to guarantee this right to everyone.

This Saturday, October 31, 2020 will undoubtedly mark a decisive turning point in the history of Côte d’Ivoire. The country holds its breath with its gaze turned towards the actors and political parties.