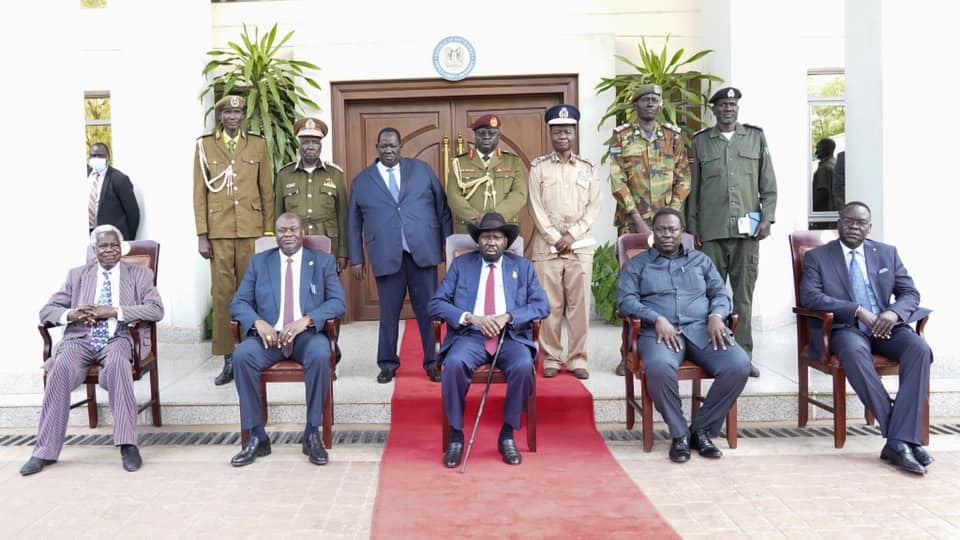 Several distinct characteristics sufficiently describe South Sudan as it has been and as it currently is: Protracted conflict, disconnect between leadership and the common man, relapse (or several) into war, and undue and unrealistic reliance on politico-military leaders to reach agreements that favour all other stakeholders.

Power brokerage and resource sharing among leaders are not the only factors at play when it comes to resolving protracted conflicts; there are so many other elements that feed the fire of conflict and central to this are community dynamics and the resulting societal impact.

The transitional government in South Sudan recently ran out of the initially allocated time to carry out its mandate yet the situation in the country remained just as unclear and bleak (if not more so) as it did back in 2018. The leadership has therefore seen the need to hit refresh and borrow just a little more time.

At a meeting held on the 21st of July at Freedom Hall in South Sudan and attended by both parties of the peace agreement and their leadership, President Salva Kiir Mayardit proposed an extension of the transitional period by two years. The new deadline is the 22nd of February of 2025 with elections tentatively being held in December 2024.

In what has become a paradox of our time, the peace deal in South Sudan has perhaps become the force fanning violence in various parts of the country such as Unity State, Jonglei, Warrap and Eastern Equatoria. While conflict-related violence has decreased by about 27 per cent in South Sudan according to a UNMISS report, the same report indicates that conflict-related sexual abuse has been particularly high this year with a record 218 per cent increase in the second quarter of the year alone.

To an onlooker, the continued conflict in South Sudan may seem like just that; a war. The truth however is that it is a lot more layered and intricate. Unless all the layers are addressed exhaustively it looks like the country will continue to be a compelling lesson in failure and an ever-prime stage for dishonoured peace agreements.

The various crucial components that constituted the initial peace agreement are in a chokehold, rendered almost completely hostage to the short-sighted needs and desires of the military and political elites of the two opposite sides of the principal signatories to the agreement.

Everyone is scrambling to hold a bargaining chip that will see them remain relevant and influential in the new government and all this is accomplishing is the birthing of new animosities and subnational rebellions.

There have been a couple of preserving ingredients for the peace deal, however. One such ingredient is the absence of a better option. The situation has deteriorated so much that it is currently a case of “this is what we’ve got”.

There is also something to be said about the benefits that come with being seen to be somewhat committed to the peace agreement. While these are hardly positives that should be lauded, they have lent a lease of life to the deal and have seen it progress however dismally.

“I am not extending the transitional period because I want to stay longer. I do not want to rush you into an election that will return us to war”. These were the words of the South Sudan President at the Freedom Hall meeting that saw the transition period further extended.

Having joined the struggle back when he was a teenager, he expressed his desire to leave the country stable and organized, a sentiment which in itself describes his acknowledgement of how the state is currently; unstable and disorganized.

South Sudan needs to have its first democratic elections since it became independent but one is compelled to agree with the current President; Not just yet. The meeting at Freedom Hall which occasioned the extension attracted a reaction from the Troika members who felt that not all parties had been consulted before the decision to extend the deadline was made.

In a letter addressing the leadership, the Troika said that the new plan is put in place, “must demonstrate how another extension would differ from the previous ones and include steps for clear progress in setting up the institutions and mechanisms necessary to hold elections.” Their diplomats did not attend the meeting.

Activist groups and feminists in the country are also of the opinion that the country is simply not ready for polls. Speaking earlier in the year William Yuyada, an activist with Crown the Woman which is a local NGO fighting for the rights of women in the country said the resilience of the country was fading. There is simply no more room for killings, rapes, trauma and loss resulting from the politically instigated conflict.

Amidst fresh bouts of violence and worrying travel advisories by various countries warning their citizens not to travel to South Sudan, the recent incident that occurred on the 7th of August 2022 attracted even more condemnation from the international community, local government and the region, and has validated the concern that due process and judicial procedures still have no real place in the country. In the incident, 4 members of the rebel SSPM/A (South Sudan People’s Movement/Army) were executed in Unity State, Mayom county.

A press release by the UNMISS spokesperson saw Nicholas Haysom, the Secretary-General’s Special Representative for South Sudan and Head of UNMISS condemn the indiscriminate killings and call for a more sober and lawful approach to dealing with acts of crime.

The executions were allegedly a response to an attack on the county commissioner of the same state on the 22 of July 2022.

A component of the peace agreement that would help curb the outbursts of clashes that arise every so often in the country is the unification of the armed forces. This has, however, like most of the components of the agreement, been plagued with several challenges and missed deadlines, the latest of which is the end of last month when the two principals had agreed to graduate the 83000 trained personnel.

The extension must be meaningful

South Sudan is currently facing multiple challenges; effects of the Covid pandemic, effects of climate change, sub-national conflicts and fresh rivalries between communities. It is estimated that about 60 per cent of the population is currently facing a food crisis. The recession being experienced the world over only makes things worse.

This new extension, therefore, needs to be accompanied by a concrete plan that will effect positive developments in the country. Elements of the peace agreement need to be implemented and the country needs to get to a place where it can hold democratic elections and forge ahead.

While the government has been able to buy more time this time, that too will run out and one is left to wonder, what then? Another extension? The citizenry continues to be demoralized and a sense of apathy and mistrust of the government is setting in more firmly. The voice and role of the people of South Sudan must be heard and recognized. It simply cannot be just another extension in vain.