The African Union has no electoral lessons to give the DRC 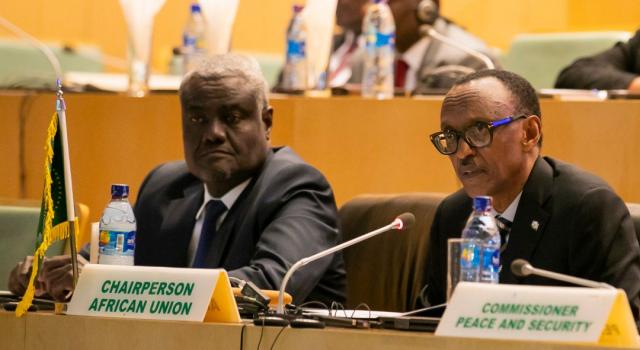 As a Congolese, I rebel against some statements made around the world about elections in the DRC. Everyone gets up one morning and thinks they have something to say about my country. I dare to believe that these various statements are intended to preserve peace in my country, but I can not accept exaggeration. And elections in the DRC can not be the grass on which all passers-by piss.

Recently the African Union rejected the results of the presidential elections in the DRC, saying they were doubtful. I readily accept that the reproaches made in the elections held on 30 December in the DRC come from credible organizations and personalities, but not from the African Union. This pitiful rebate of the African heads of state does not deserve to play with the sovereignty of my country. By urging the Constitutional Court of the DRC to suspend publication of the final results of the presidential election, the AU has not only gone beyond the limits, but also demonstrated its lack of respect for DRC sovereignty and institutions. It gives them orders as a teacher would to his students. And that is inadmissible. First of all, the kind of heads of state that make it up, the African Union should have been ashamed of itself.

When an organization is made up of dictators like Idriss Deby, Sassou Nguesso, Kagame, Faure Gnassingbe, Nkurunziza, Ali Bongo, Museveni and others – some of them have modified the Constitutions of their countries and obtained third or fourth terms – I think they’d better be ashamed.

Did the AU have a candidate in the Congolese elections ?

Everyone knows that in all disputed elections in Africa, the AU has always been on the side of evil. It is nevertheless curious that this organization – which itself suffers from a lack of credibility – can present itself as a donor of democracy and electoral transparency l’Essonne only to the DRC. In recent years, there has been highly contested elections in Gabon, Chad, Burundi, Congo-Brazzaville and recently in Madagascar. The AU has never ordered the Constitutional Courts of these countries to suspend the results. Except for that of the DRC! Finally this brings up some questions. Did the African Union have its Congolese presidential candidate? Does its current president, Paul Kagame, have a hidden agenda in Congo? It’s possible. He is the one who manipulates the African Union.

Everyone knows that Kagame has rarely been satisfied when there is peace in his Congolese neighbor. This is evidenced by numerous invasions of eastern Congo by the Kigali army. Without a doubt, Kabila surprised everyone by forgoing a third term, but also accepting the defeat of his own runner-up, Emmanuel Shadary, in elections organized without any outside funding! That is why they use the international organizations to dirty these elections. I think that in the same way that Rwanda, Burundi, Congo-Brazzaville, etc., have never accepted any outside interference whatsoever in chaotic elections they had to organize, my country the DRC either will not accept lessons, especially those of the AU.

Far be it from me to justify irregularities that took place in the December 30 elections in the Democratic Republic of Congo. But I persist saying that it is up to the Congolese institutions to decide.

I end this note with this point to note: that any African country that has never experienced electoral irregularities may throw the first stone to the DRC!