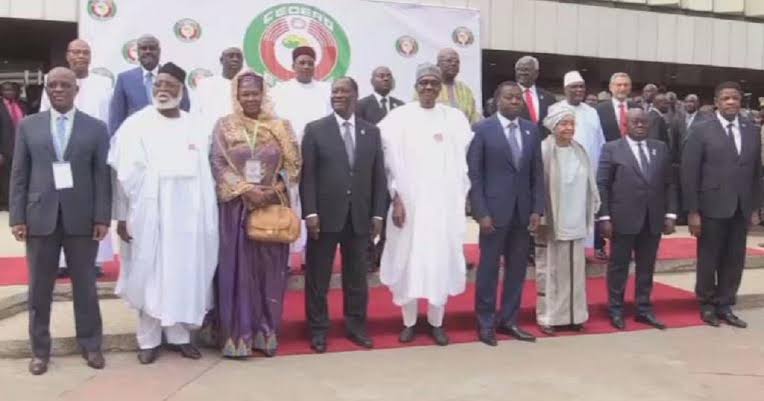 ECOWAS and the fifty-year-old Gnassingbé regime have succeeded in their coup d’etat against the people of Togo and against the democratic values that ECOWAS falsely claims to stand for. Without grace or diplomacy, this group of Heads of State has majestically played on its famous Protocol on Democracy and Good Governance in order to be embraced by the oldest dictatorship in French-speaking Africa.

This attitude is not a surprise for the people of Togo, who have been dominated for the past 53 years by the Gnassingbé family, their army and the mafioso networks they have spread throughout the world.

From father to son, ECOWAS has always supported this Togolese regime. It condoned the 2005 killings that brought Faure Gnassingbé to power in the wake of three successives coups: constitutional, institutional and electoral. For its author and its commanders, this coup remains a lasting crime, punishable by prison. But respect for the law is not the prerogative of this ECOWAS, which is corrupt to its core.

In the most recent, sweeping example, ECOWAS became an actor in one of the most pestilent electoral farces, endorsing the results despite the highest level of voter abstention ever recorded.

The phony electoral experts of the subregional community gave themselves all the necessary means to turn a blind eye to the registration of minors and of foreigners, thus certifying an inflated and corrupt electoral roll, a farce that is shameful for an institution claiming to serve the people of this community. Worse, these experts did not even deign to provide opposition actors – the people struggling for their cause – with the post-election report. This report has become a top secret document shared only between the dictatorship and ECOWAS.

Thus ECOWAS’ electoral observers, following the electoral farce to the letter, estimated that Togo is “Alice in Wonderland” in terms of its elections.

The opposition in Togo, who was conned as if it was in a mafia movie, must learn its lesson and prepare itself to answer to ECOWAS and to all the other institutions that have invited themselves into the Togolese crisis, time and time again, in order to save the skin of this most abject of dictators.

The designated deputies, without the blessing of the Togolese, have entered the scene to star in one of ECOWAS’s master comedies, in order to perpetuate the reign of a family and a clan, granting power to the father’s son, who will let them know beforehand how many terms he feels he will need to fully exploit the presidential seat and to squander the country’s resources in order to please the dissolute networks who are backstabbing the people – a people already beaten and bruised – by a reign that has gone on too long and that has the blessing of the so-called international community.