President Cyril Ramaphosa is walking wounded after the African National Congress leader (ANC) secured a narrow victory in the ANC leadership elections. A victory that in many ways failed to close the debate on whether he will be the party’s presidential candidate for the 2024 general elections.

Ramaphosa went into the ANC congress with his leadership shaky after accusations of money laundering and failure to report to the police a theft that had taken place at his game farm – Phala Phala.

He survived an impeachment vote on the eve of the congress simply because of the ANC majority in parliament, but fissures within the party were laid bare when Nkosazana Dlamini-Zuma and three others broke ranks with the ANC caucus position.

The Radical Economic Transformation (RET) faction of the party has not given up in its efforts to have Ramaphosa leave office. Its nominal leader Jacob Zuma laid criminal charges against Ramaphosa in a legal application many analysts say is spurious.

However, it seems the intention is to inflict as much as possible political damage and paint the president as an electoral liability.

In all this political dust, Paul Mashatile the man who won the ANC vice presidency by a wide margin is every day looking like he will be the compromise ANC presidential candidate if Ramaphosa remains dogged by allegations of impropriety.

Mashatile went into the congress as ANC treasurer general and had also been acting secretary general. He used his position to silently build consensus and run an efficient campaign to land the party’s deputy president position.

This is a position that makes him heir apparent at both party and national level should anything happens to Ramaphosa.

The main opposition in South Africa’s parliament – the Democratic Alliance (DA) – is clear that Ramaphosa has broken the law and should step aside or resign from the office of the presidency.

They are making noise about it in parliament at every opportunity they get in the august house.

This position has been emboldened by the radical Julius Malema’s Economic Freedom Fighters (EFF) which has vowed to make Ramaphosa’s presence in parliament unpalatable just as much they did with the Zuma-must-go campaign.

Malema said the EFF will not fatigue in its efforts to make Ramaphosa leave office despite getting a nod from the ANC.

The ANC is a tricky political creature. In the past, two presidents were forced to leave office before their terms ended, these are Thabo Mbeki and Jacob Zuma.

Looking at their past experience, Ramaphosa may be walking dead and it’s a matter of time before he capitulates.

Will the ANC afford to have its re-election campaign led by a man with a soiled reputation, denounced at every turn in parliament and opposition rallies? Or it will choose the easy route – a route it has become synonymous with over the years – change the leader to increase its chances of electability?

A lot depends on how internally Ramaphosa will consolidate his gains from the narrow congress victory. Does he have the spine to be ruthless with the RET faction in ANC?

Can he dump them all from his cabinet and live to tell the tale? Will he try to mollify them and forge a workable alliance for the sake of the party?

Ramaphosa may fall short in this endeavour, but one thing is certain – capital will try to stand by him.

However, capital is fickle. It can dump him at the smallest whiff of him losing internal control. This will be the chance for Mashatile to jump in.

Mashatile is the prince and he knows it. Will he start his charm offensive on capital and party structure to convince them he is a safer bet than Ramaphosa going into 2024 as the face of the ANC? Or he will bide his time and strike at an appropriate moment when the party has no choice but to endorse him?

The hounds can smell blood and they are definitely going for the kill. Things will get messy in ANC. The situation is made more intriguing by Mashatile – an ambitious deputy president who does not hide his intention to succeed Ramaphosa, unlike David Mabuza.

The Sadc region is looking with keen interest into the development within the ANC and South Africa. Every nation in the region wants stability in South Africa, the biggest trading partner to most countries in the bloc, a country that hosts many immigrants in the region and has the economic muscle to persuade others to be democratic.

Ramaphosa’s days are numbered and his demise has long started but the focus is now more on what Mashatile will do.

Can he be the trusted pair of hands to steer South Africa politically and economically? Can he deal with the internal contradictions in ANC? We can only speculate, but the reality is 2023 is going to be a roller-coaster year for Ramaphosa and South Africa. 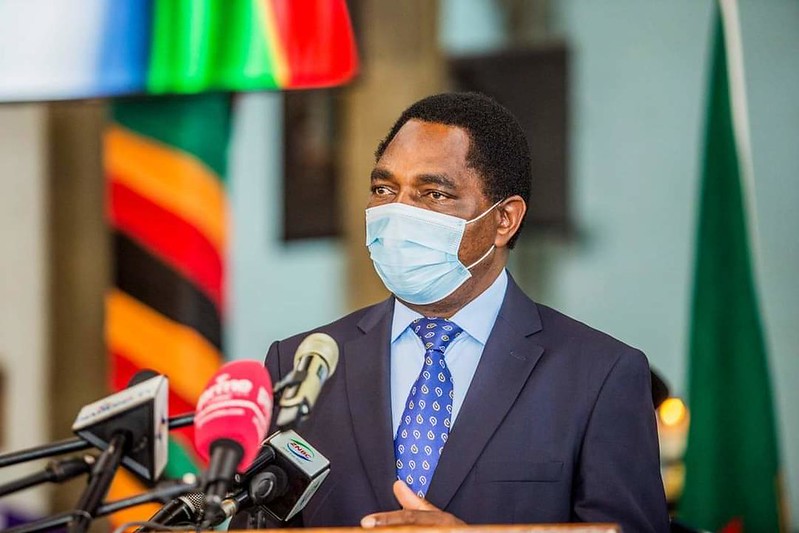 Zambia Abolishes Death Penalty And Defamation Of The President

Zambia has abolished the Death Penalty and Defamation of the President, two colonial-era pieces of legislation which have been...