Home » Democracy » Where does Magufuli stand on tough editorials?

Where does Magufuli stand on tough editorials? 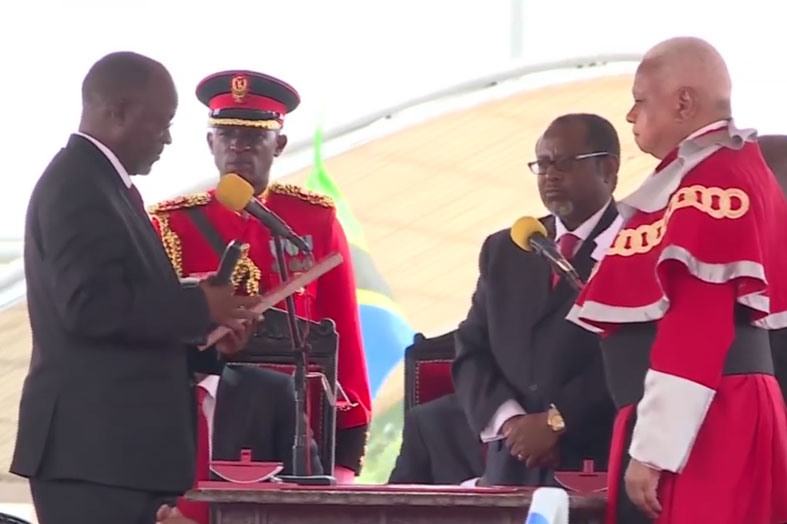 Tanzania’s new president, John Pombe Magufuli has been doing a lot of things our [African] leaders don’t usually do. In the less than three months he has been president, Magufuli has nipped several expensive but irrelevant projects in the bud and redirecting the money to more important matters. Many of us are hoping that the current streak is not just mere populism, but a dedication to clean and germane governance that lasts throughout his term.

As Magufuli was inspiring Twitter memes and hashtags, I waited for his action on another lingering issue in his country: The EastAfrican newspaper. The weekly was banned in Tanzania in January 2015 for “lacking proper registration”, even though it had circulated in the country for the last twenty years. The ‘registration’ explanation seemed like a neat and more acceptable way to justify what was really the state’s displeasure at reporting and analysis which certain powerful elements in Tanzania disagreed with.

If indeed Magufuli was a different breed of leader, what better way to show this than the unbanning of a newspaper whose only crime was saying things the previous government did not want said? The Tanzanian media environment needed the newspaper for its smart and brave take on issues and, better still, reversing the ban would prove to be less popular among the Tanzanian public than the other decisions he had taken.

A year later, Tanzania eventually lifted the ban on The East African, with none of the fanfare that usually accompanies Magufuli’s directives. The decision came from the Registrar of Newspapers in Tanzania, who in keeping with the original conceit issued it with a new certificate of registration. We don’t know yet if Magufuli had anything to do about it.

We also don’t know if Kenya’s leaders had anything to do with the firing of a senior editor who wrote a sharp-toned editorial in the country’s biggest newspaper, The Daily Nation. The editorial, published on 1 January, pointed at failures in 2015, called out the president for poor leadership, and asked him to do better in the new year. Five days later the editor, William Galava, was suspended from his position so the newspaper could allegedly investigate the circumstances under which he wrote the editorial.

The investigation faulted him for not following correct procedure in publishing the editorial, and he was fired. This is despite the fact, as he explained, that he had published numerous editorials following the faulted procedure and no one had complained.

The Daily Nation is owned by Nation Media Group, which also publishes The EastAfrican. So while the group promises to “remain true to the pursuit of media independence, objectivity and integrity in the conduct of public affairs” in Tanzania – with The EastAfrican, that is – it sees no issue with firing an editor for the sin of writing an editorial that probably annoyed the president and his handlers.

Of course we should allow for the possibility that Mr Galava was fired because he did not follow procedure. At the same time, we should be open to the possibility that his bosses feared that he had gone too far in his criticism and fired him either because someone demanded it, or to assuage the powers that be. Because if media managers in East Africa have learned anything these past few years, especially in the Nation Media Group, it is that those in power are not too keen on nosy and irreverent journalists. That sometimes, forced to choose between doing journalism that annoys those in power or toning it down, they will go with the latter.

In neighbouring Uganda, for example, the managing director at the NMG-owned Monitor Publications* ordered editors to withdraw a story about a continental rank of presidents in which President Yoweri Museveni ranked low. This was days after the government had reopened the media house, which had been besieged and locked by the police for over a week after publishing a letter from an army general alleging that he and other top officials were being targeted for assassination by the security apparatus. Interestingly, The EastAfrican – it circulates in Uganda – had led with a story about the same rank in the same week.

The message from the state was and has been clear since then: cross certain lines and we shall close you down (and hurt your bottom line). That was in Uganda, where the current government has a long history of shutting down critical media houses. But, like The EastAfrican incident shows, it could also be the message sent by Tanzania last year. What then do you expect media houses with interests in those states, sometimes in all of them, to take away from that message? Especially when these media houses are also businesses, and have to turn a profit.

Kenya has always had one of the more robust media environments in East Africa. At the moment we can only wait, wondering whether it will become like Uganda or Tanzania.

The two, as recent events show, have refused to break character. Tanzania recently banned a weekly newspaper for “allegedly inciting violence.” The way things seem, those who wish for a free, muckraking press might have to wait longer for Magufuli’s positive attention. In Uganda, meanwhile, a television station belonging to the Nation Media Group was stopped from covering the president’s re-election campaign because it dared to refuse to use footage provided by the campaign.

The tantrum, which has since been resolved, shows the willingness of the president’s office and ruling party to bully a media house they perceive as not too friendly, and their unwillingness to understand what independence of the press really means.

It is a muddle, therefore: new superhero presidents probably don’t notice or care about the environment the media operates in. Elsewhere, East Africa’s media environment is the same old sad news, and could be getting worse.