Why Yahya Jammeh’s Ouster Was Not A Triumph For Democracy 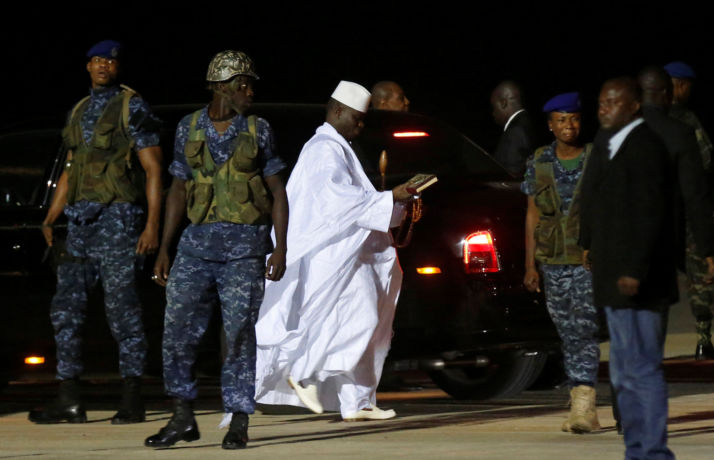 In an article published on Aljazeera, Solomon Ayele Dersso, a senior legal scholar and an analyst on Africa and African Union affairs, avers that the lesson from Gambia for African countries is that “not only should [the opposition and citizenry] forge unity during elections, but also prepare to work with regional and international bodies for a negotiated exit guaranteeing peaceful transfer of power”. This may be true but the ouster of Yahya Jammeh also has another lesson for the continent’s despots: accountability is dead.

The facts speak for themselves. Jammeh lost an election and, after initially accepting his defeat, subsequently chose to contest it. This was a first. In all other cases of disputed elections on the continent, the incumbent has from the very beginning declared himself winner. The Kenyan experience following the 2007 elections as well as that of the Ivory Coast four years later amply illustrates this.

In the respective cases, both Mwai Kibaki and Laurent Gbagbo refused to acknowledge defeat. What ensued was violence, international intervention (military in the case of Gbagbo) and ICC prosecutions. In Jammeh’s case, the avoidance of accountability is now presented as a win for the country.

The deal offered by the Economic Community of West African States (ECOWAS), the African Union and the United Nations assured the former dictator of “the kind of dignity befitting a citizen, former president and party leader”-shorthand for immunity from prosecution- and allowed him to keep the loot from his 22 years in power (presumably including the $11 million withdrawn from state coffers in his last two weeks in power).

This is the problem with the Gambia transition. It is not a case of the incumbent losing power and gracefully handing over power. Rather, it is the legitimization of the idea that heads of state who lose power can use their incumbency, and the implicit threat of violence, as a bargaining chip to escape accountability for crimes committed during their tenure.

This runs counter to the tenets of democracy. Giving up power once an election is lost should not be perceived as a particularly heroic act. It should rather be an inevitable consequence of the withdrawal of popular consent. There should be no requirement for quid pro quos, negotiations or international interventions.

Transfer of power in a democracy, as former Czech President and playwright, Vaclav Havel noted, should be mundane in a democracy. However, in the case of African countries, it is portrayed as an act of benevolence. When then Kenyan strongman Daniel arap Moi accepted the loss of his chosen successor or “project” (current President Uhuru Kenyatta), he was hailed as a statesman. Yet he should have never had a choice in the matter. Similarly, Yahya Jammeh should not have been allowed to think he somehow “deserved” a dignified exit. That was up to the Gambian people.

As a Kenyan who lived through the 2008 post-election violence and the pain it wrought, I can appreciate the imperative to avoid such eventualities. However, it is incumbent on all of us to consider the lessons that the folks in power draw. If, in fact, power transitions are to be negotiated between incumbents and the international community with immunity from prosecution offered as an incentive to peacefully vacate office, then that is a dilution of democratic norms, not a reinforcement of them.

International interventions in support of democratic norms should not seek to perpetuate the idea that incumbents can negotiate exits from power. Rather, they should simply seek to enforce the choice of the people. Unfortunately, the African Union, which has already committed itself to the profoundly undemocratic ideal of Head of State immunity as evidenced by its stance in the Kenyan cases at the ICC, sees things differently. Incumbency is still perceived as an implicit guarantee of impunity.

With support for Jammeh collapsing, and even his army chief saying he was not willing to fight to defend him from the ECOWAS forces at his doorstep, there was no imperative to cut a deal. By choosing that option, the international community did not secure democracy. Rather it validated the idea that losing despots can use their hapless populations as hostages to barter for a guilt-free departure. As Solomon Dersso puts it, “they can get a dignified exit, if they allow free and fair election.”

During last year’s US election campaigns, Donald Trump was heavily criticized for refusing to state categorically that he would accept the outcome of the election if he did not win. Four years hence, he will be up for re-election. If he loses and rejects the results (not as farfetched as one would think given his continued lying about voter fraud), does anyone imagine he would be offered a cushy retirement package to facilitate a peaceful handover of power?