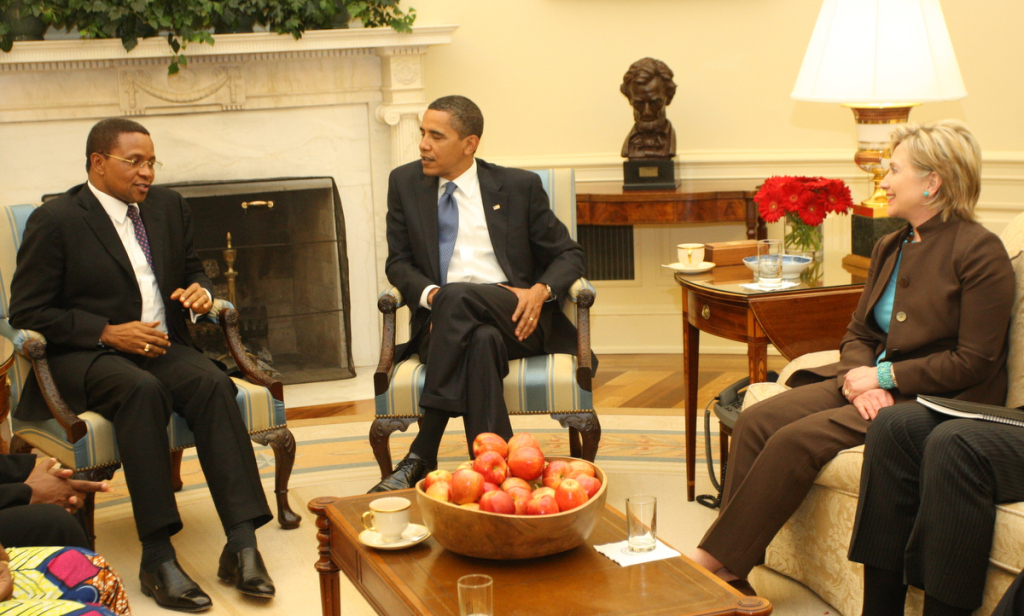 The United States is in International Relation terms known as a ‘Great Power’. A country with an incredibly strong voice on the international arena and influence in all parts of the world. Hence, a vast majority of countries are affected in one way or another by US foreign policy, and the most important US Foreign Policy maker is the President of the United States.

As a result, the American election is of great interest to a lot of countries, as whoever becomes the next President can form foreign policy that has great effects on international relations and can affect states in all corners of the world.

The contest for the White House is at the moment in full swing and it is clear that in January next year, either Hillary Clinton or Donald Trump will be sworn in as the 45th President of the United States.

In 2008 it was clear that majority of Africans and African leaders wanted Obama to win the election against the then Republican candidate John McCain. It was believed that as a result of Obama’s African roots and more liberal approach to international relations, he would try to build a stronger relationship between Africa and the United States.

Indeed, Obama’s presidency has seen the ties between Africa and the USA grow much stronger. Obama is the first President in US history to visit Africa on two separate occasions. In addition, early on in his Presidency Obama signalled that his country was going to have a stronger focus on Africa by inviting Jakaya Kikwete who was at the time Tanzania’s President, to be his first foreign guest at the White House.

Furthermore, trade between Africa and the USA has increased under Obama’s Presidency as well as investment from the USA to Africa. Many African heads of state now hope that the next President of the USA will continue in Obama’s footsteps.

Out of the two Presidential candidates, Clinton is the more likely to do so. Being a democrat and having served as Secretary of State under Obama, she shares Obama’s more liberal approach to international relations and belief in multilateral diplomacy and cooperation.

Like Obama, she also realises that Africa is of geopolitical importance to the US as it has a vast amount of resources as well as a large market which is turning out to be an important battlefield when it comes to the trade war that the USA has with China. Hence, keeping up the good relations with Africa is going to be crucial for Clinton if she is to achieve her foreign policy objectives.

Donald Trump on the other hand has shown, if any, very little interest in Africa during his speeches on foreign policy so far. The billionaire businessman has shown that he wants the USA to become a more isolationist power with focus on home affairs rather than being the ‘world police’. In addition,Trumps blatant racist comments throughout the campaign suggest that it will be difficult for him to build a good relationship with African leaders.

However, the one thing that does suggest that Trump could continue the good relationship that the USA has had with Africa is his obsession with China. Trump has on many occasions stated that China is a big threat to the USA. Especially economically.

If Trump was to realise that China is threatening US influence in Africa then maybe he would try to uphold the strong relationship between Africa and America that Obama has built.

Yet, so far there is very little to suggest that Trump sees the importance or has the capability to uphold the strong US-African relations that will be part of Obama’s legacy.