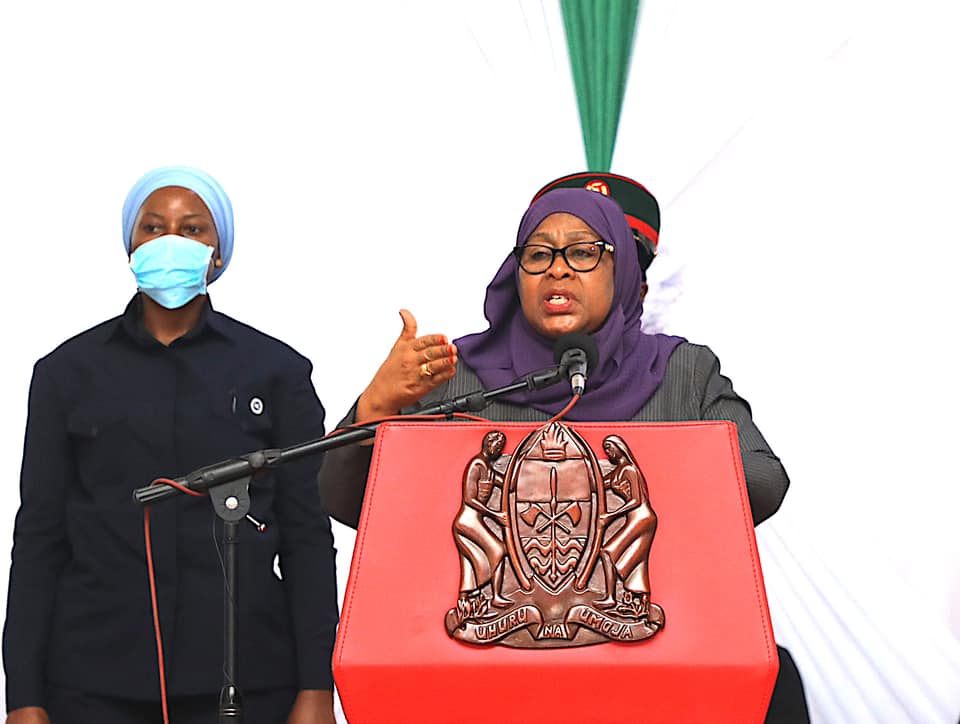 On 23 September 2021, President Samia Suluhu Hassan made her maiden speech at the 76th United Nations General Assembly (UNGA) meeting in New York. An annual ritual for heads of governments and states, the UNGA meetings usually go unnoticed by most ordinary people. The exception is when a world leader gives a speech, which is out of the ordinary, at least to a certain extent.

Consider Prime Minister Mia Motley of Barbados who, during this year’s meeting, scrapped her written speech, read talking points straight off her mobile phone, criticized the current world order for failing to feed the hungry and treat the sick, and quoted Bob Marley to pose a question:

Who is going to get up, stand up for our rights?

President Samia’s speech was not as provocative. Even when she launched criticism against the rich countries for Covid-19 vaccine inequality, she was less combative. Unlike Motley, her body language did not match the gravity of the issue at hand.

At home, President Samia’s speech was highly anticipated. Both by her supporters and critics. The Tanzania Broadcasting Corporation (TBC) pounced with a live broadcast. The image of a daughter of the soil addressing the world on behalf of a nearly 60 million-strong population aroused a sense of pride for others. In this context, it did not really matter what the president was going to say.

Tanzanians generally come across as a relaxed people (perhaps too relaxed), but undeniable is their sense of national pride, riding on their country’s rich history of regional and international leadership. Yet, Tanzania’s topmost, high-level representation in international gatherings ceased when the late President John Magufuli took the reins in 2015. Until his death in March 2021, he never travelled outside the continent. In fact, his only attendance at the African Union (AU) summit was in 2017.

This conspicuous absence of topmost, high-level delegations in international forums had left some Tanzanians craving. As such, the mere sight of President Samia at UNGA will have satisfied many. It marked the country’s return to, some will argue, its rightful place in international politics.

There was more to President Samia’s New York trip. Upon her arrival, a handful of supporters showed up with banners of endorsement. On the other hand, equally a handful of protesters staged similar scenes on the day she was to address UNGA, this time with pro-democracy banners. I don’t recall a Tanzanian president being welcomed in this manner on foreign soil, let alone at the UN headquarters.

President Samia mentioned the word multilateralism five times in her 15-minute speech, a strong indication that her government is moving away from the isolationist foreign policy of her predecessor. There was an emphasis on collective approaches in responding to transnational problems, such as the Covid-19 pandemic and climate change. Her vaccine inequality criticism was merited for it spoke for the Global South in general.

However, the situation at home is more complex. Her government seems to have run out of ideas to get its population vaccinated. The vaccination campaign she launched in late July this year seems to have stalled as only well less than 50% of the 1 million Johnson & Johnson doses donated by the USA government have been administered so far. A shambolic vaccination campaign, which has to a certain extent been influenced by the vaccine denialism propagated by the Magufuli administration, cannot be redeemed by accusing ‘other countries’ of selfishness. But what is important here is that her government has at least joined the global vaccination community, something which was unforeseen a few month ago.

President Samia also boasted about her country as having a vibrant democracy, institutionalism, and adhering to the rule of law and human rights. This is a bold claim because the suppression of the opposition, in particular, reached a whole new level during Magufuli’s presidency. Yet there is little to suggest that things have dramatically changed.

According to the Freedom House 2021 report, Tanzania’s freedom score was a dismal 34%. Much of that is not President Samia’s doing, that is why many at home expected her to use the UN platform to unequivocally break away with the past. Ironically, her speech almost coincided with the forceful removal of petty traders (locally known as Machinga) along Nyerere Road in Vingunguti, Dar es Salaam. In the meantime, the continuous mistreatment of the Maasai communities in the Ngorongoro conservation area by authorities bores a huge hole in the government’s human rights credentials.

The president also lamented about the burden of gender equality expectation put squarely on her shoulders, partly for being the first female president. One has to sympathize with her here. Since coming to power, she has gradually attempted to increase women appointees, the latest being the minister of defence and national service. Dr. Stergomena Tax is the country’s first woman to lead the ministry. The ministry of foreign affairs is also led by a woman – Ambassador Liberata Mulamula. Women – Jenista Mhagama, Dr. Ashatu Kijaji, Ummy Mwalimu, Professor Joyce Ndalichako, and Dr. Dorothy Gwajima – also lead five other ministries.

But the plight of women is such that members of the main opposition party’s women wing, CHADEMA’s BAWACHA, were recently dispersed from a jogging session by the police on grounds that they were staging a demonstration – itself a human right which has been weaponized by authorities. Reports of women being abused by law enforcement have also surfaced. Yet the president has not spoken on the issue.

It would be delusional to expect President Samia to use the UNGA podium to criticize her own government. Optimists will hope that this was the context of her speech and that the president has more up her sleeve to right the wrongs. Critics on the other hand might have expected more assurance that her government is committed to building a fairer system for all groups in Tanzania. That was not served but it can be, going forward.

The president’s speech was intended for the international audience at UNGA and beyond. Therefore it cannot be used as a response to local demands. However, as I have argued elsewhere, President Samia’s internationalism (read multilateralism) could mean that she is pressured to align her domestic policies with international realities (read demands).