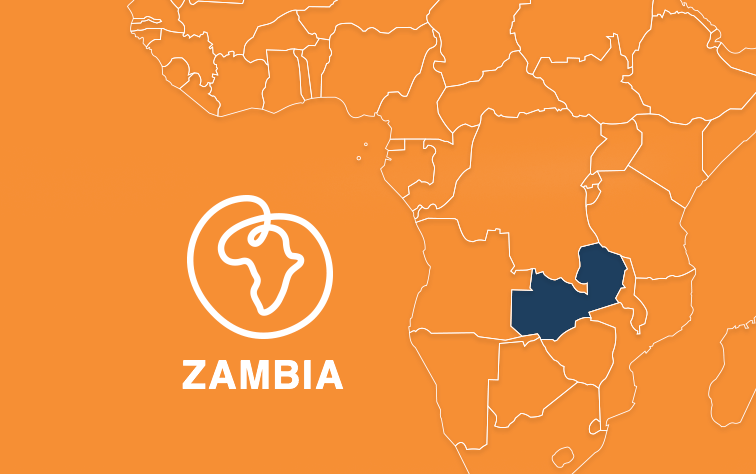 An effort to use tribalism and regionalism tactics and antics to disadvantage the opposition in upcoming general elections has terribly backfired on Zambia’s ruling party, Patriotic Front (FP), forcing President Lungu to call for an immediate ceasefire.

Featuring on National Television on the evening of Sunday 10th January, 2016, chief government spokesperson and senior party functionary Chishimba Kambwili accused Zambians from the southern part of the country of rejecting his party in every election on the basis of tribe.

According to him even the son of God, Jesus Christ would not stand a chance if he stood for election against a candidate from that region. Zambia’s Finance Minister Alexander Chikwanda was also quoted encouraging the people of Eastern Province to vote for their tribesmen in the forthcoming Presidential and General Elections.

The ranting of senior members of the ruling party have not gone down well with Zambians from all walks of life who have loudly condemned them with some calling for the sacking of the information minister for fanning tribalism with potential to incite genocide in a country widely perceived as peaceful.

The Law Association of Zambia (LAZ) which has always been a voice of reason in Zambia’s politics strongly condemned the recent tribal remarks attributed to two PF Cabinet Ministers.

LAZ President George Chisanga said the remarks, coming as they did, from very senior Cabinet Ministers and Members of Parliament, were not only misplaced but extremely unfortunate in a country that is democratic and which is home to numerous tribal groupings forming one sovereign unitary state.

>“Tribalism can only sow seeds of hatred and violence that are at odds not only with the Christian ethos of the country but also with the need to recognise basic human dignity,” Mr Chisanga said.

LAZ reminded the Nation that Article 23 in the Bill of Rights of the current Constitution protects all Zambian citizens from discrimination on the basis of tribe:

“Our reminder is also to all Political players that as we head towards the tripartite elections we should at all times desist from championing any agenda based on region or tribe. – If indeed the Government is serious about constitutionalism, the rule of law and the respect for human rights and human dignity, then all its leaders must be seen to act accordingly for the benefit of all Zambians.”

Mr Chisanga urged the ruling PF government to desist from making divisive tribal remarks, and being patriotic, by leading the way in averting ethnic tensions that are beginning to show in a country that is known as a beacon of peace in the whole of Africa.

Mr Kambwili during his Sunday Interview TV programme stated that people from Southern Province are so tribal such that they could not vote for Jesus Christ even if the Son of God stood against a Tonga candidate.

Zambian President Edgar Chagwa Lungu who is seeking his own office mandate this year after completing a term started by late President Michael Sata who died in October 2014, reacted sharply to his party’s failed propaganda. Speaking to journalists at the airport in Lusaka Mr Lungu said tribal talk and hate speech must be banished in Zambia because the vices had the potential to degenerate into ethnic violence.

He said Zambia’s peace was being threatened by hate speech and tribalism and that the vices must not be allowed to dominate Zambia’s political discourse. President Lungu said if it were possible, he would have loved that hate speech and tribal talk that had characterized the country’s political discourse could be traded with messages of love and hope.

The President said the 1994 Rwandan genocide should still remain an example of what would become of a country if citizens carelessly engaged in hate speech and tribal talk.
Many Zambians have married across tribe and are left confused with political messages that sek to divide them on ethnic lines.

“My mother is Lozi from the west whilst my father is Bemba from the North. They are good people and so are my relatives from both sides of my parents. I find this whole talk about tribalism in politics very disturbing because if the south fought with the north then what happens to us who have mixed blood, I think our politicians should become mature,” Mubita Chongo a Lusaka resident spoke in a random interview.

`The opposition has called for the arrest of the information minister for violating the law without shame citing Cap 87, Section 70(1) of the laws of Zambia which states as follows:

“Any person who utters any words or publishes any writing expressing or showing hatred, ridicule or contempt for any person or group of persons wholly or mainly because of his or their race, tribe, place of origin or colour is guilty of an offence and is liable on conviction to imprisonment for a period not exceeding two years.”

The UPND has charged that the police needed to rise up now and arrest Mr Kambwili for breaking the law, before aggrieved citizens rose up against Kambwili and the PF regime.

“The evidence is overwhelming that this could be the shortest criminal matter to be adjudicated by our courts of law. Clearly, the PF leadership have now crossed the path and are resorting to blasphemy, as was the case with the people that built the titanic ship and later mocked that not even God would sink the boat, which is also the PF symbol.”

UPND spokesperson Charles Kakoma urged the international community to take a greater interest in what is happening in Zambia, rather than waiting to react once things have gotten out of hand and damage has already been done, as they have reacted in many African countries.

“Clearly, hate speech and promotion of tribal division is now an institutionalised PF Government policy away from real issues affecting our citizens, such as massive job losses, poverty and hunger, unemployment, and the general economic meltdown.” Kakoma said.

Lusaka based political scientist Chris Zumani Zimba observed that there was nothing entirely wrong with people of any region of a country to vote for one of their own adding that this pattern was not peculiar to southern province alone.