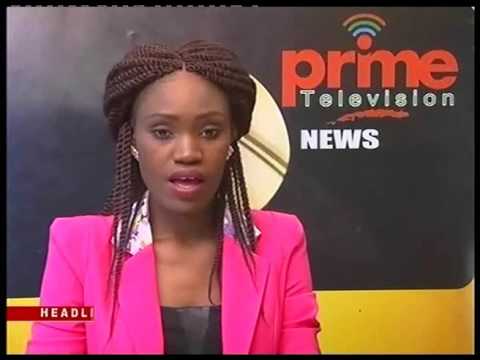 Whilst a majority of countries are implementing lockdowns to slow the spread COVID-19, Zambia has refused to lock down the country insisting that a lockdown will hurt the poor. Instead, the pandemic has become an opportunity for the government to gag the independent free media.

The Zambian government through the Independent Broadcasting Authority (IBA) on 9th April 2020 canceled the broadcast license of Prime Television, a vibrant private television station that broadcasts from Lusaka with the government arguing that the termination was in the public interest.

Prime TV was a popular platform that carried unbiased news and discussions and the only media house that gave coverage to the opposition and civil society in Zambia against the increasingly unpopular and biased government-controlled Zambia National Broadcasting Corporation (ZNBC).

Appeal to the diplomatic community

The opposition has asked the diplomatic community to put pressure on President Lungu to re-open the institution further alleging that State House (The President) instructed the Board to shut down the station. The International Press Institute has also called for the re-opening of the television station. Former editor of The Post Newspaper Fred M’membe whose paper was closed by the Lungu administration condemned the move as malicious and said that Prime TV was being attacked as part of a “consistent campaign to discredit and destroy this television station”.

Mr. M’membe, who in 2000 was awarded the World Press Freedom Hero prize by the International Press Institute, said that the government’s actions were typical of the deteriorating status of media freedom in Zambia over the past six years.

He added that “While the threats to media freedom in this country are real and concerning in their own right, their impact on the state of democracy is what makes them truly dangerous.”

Gerald Shawa the proprietor of Prime TV expressed a decision made by private media owners not to run free messages on COVID-19 because government owed media houses a lot of money in unpaid ads adding that a barter system would have been an alternative. This was at a government convened engagement meeting with media houses on how the media would support efforts to spread messages on the COVID – 19.

The choice of Shawa to deliver this unpleasant message to the government presented the Zambian government with an opportunity to deal with a media house the state considered “rogue and hostile.” This was because Prime TV already had a rapidly deteriorating relationship with the government.

Immediately after this meeting, the Zambian government ceased cooperation with the television station with the Minister of Information and Broadcasting Services Dora Siliya directing all government ministries, agencies, and departments to immediately cut all ties to the station. Prime TV challenged this decision in the Lusaka High Court. On April 22, 2020, the Court refused to grant the station the reliefs it sought. The court refused to quash the decision by the government to cease all cooperation with Prime Television.

Judge Catherine Phiri dismissed the application for a conservatory order against the government which Prime TV sought with regards to the directive issued by Minister of Information and Broadcasting Services Dora Siliya dated March 17, 2020.

Bowing to pressure from the government, Gerald was compelled to apologize to the government for his remarks on non-cooperation in airing COVID-19 messages instead of fighting for his rights. The Zambian government ignored his apology and instead escalated its hostility towards the station by canceling its license effectively shutting the television station down and throwing all its employees into unemployment.

The Zambia Human Rights Defenders Network expressed shock at the closure of the station describing it as draconian and a direct violation of the freedom of the media and constitutional freedom of expression guaranteed to all citizens.

“The decision of the Independent Broadcasting Authority is the work of a regime bent on muzzling the vibrant independent media and is another indicator of the fast-shrinking civic space in Zambia.  This drastic decision is a dent on Zambia’s human rights record.” the civil society network said in a statement.

The Law Association of Zambia has also described the cancellation of the license for Prime TV as premature and contrary to the clear provisions of the law.

The IBA stated that the cancellation of the license was done in ‘Public Interest’ under section 29 (1) (j) and (k) of the Independent Broadcasting (Amendment) Act No. 26 of 2010 ( the ‘IBA Act’), which stipulates that the Board may cancel a broadcasting license if, ‘the cancellation of the license is necessary in the interest of public safety, security, peace, welfare or good order’ or ‘the Board considers it appropriate in the circumstances of the case to do so.’

As observed by LAZ that although the IBA has discretionary powers to cancel any license that it issues under the IBA Act, in their Press Release, the IBA did not go further to explain to the public, in whose interest the decision was professedly taken, the basis of the decision, the security and peace concerns as well as other circumstances in issue and whether the IBA itself had complied with the entire provisions of section 29 of the IBA Act, which stipulates in section 29 (2).

Freedom of speech being violated

The freedom of speech that Zambians ought to enjoy is being violated as Zambia has now become a country where the citizens are not allowed to offer constructive criticism. If they do, their future careers and source of income become affected as is the case with Prime TV where many media workers will be thrown on the street because of this inconsiderate decision made at a time when the economic situation in the country has deteriorated and households are failing to make ends meet a situation exacerbated by the COVID-19 pandemic.

The human rights defenders network appealed to President Edgar Lungu to prevail over his Minister of Information and subsequently the IBA Board to ensure the license is re-instated and assure citizens of the enjoyment of their rights and a level playing field as the country heads towards the 2021 general elections in which the media plays a crucial role.

President Lungu is presiding on a regime with a huge appetite to crack down on dissenting views and on the independent press which gives a platform for his government to be checked. In his second address on COVID-19, he said he was fully aware that many Zambians were not earning their usual income because businesses have been disrupted while others are not working because their workplaces have closed down due to COVID-19. He claimed that he was aware that some citizens had been saying, “we would rather die from COVID-19 than from hunger,” and advised citizens to choose life. Does it mean that the lives and livelihoods of media workers do not matter? The hundreds of jobs that were lost when the government closed The Post and the hundreds now lost through Prime TV, do not matter? Up to now, the public does not know how much was raised from the liquidation of The Post to pay the taxes allegedly owed to Zambians. It is such heavy-handed actions against the media which make the practice of journalism even harder and less and less attractive as a career of choice. The killing of vibrant independent media will only work to create an uneven playing ground as Zambia heads to the polls 2021 but will not guarantee the Patriotic Front PF party victory.