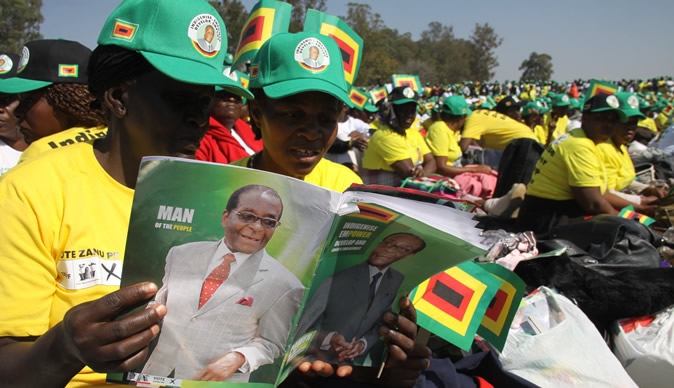 A comrade in the academic world recently sent me a copy of a New Left Review article entitled ‘The Heirs of Gramsci’. Largely focusing on intellectuals who furthered the Italian philosopher’s thoughts and views on hegemony, the article brought Zimbabwe into vogue particularly through its examination of the ‘dominance without hegemony’ concept as introduced by Indian organic intellectual Ranajit Guha. In this case dominance would relate to coercion while hegemony would point to persuasion of the governed outweighing their enforced submission to power.

In Zimbabwe this is a salient point that we must consistently analyse if we are to understand how the ruling Zanu Pf party has continued to hold power (dominance) for so long.

The simplest of explanations has been that it is because of the military and other ancillary security arms of the state. Political violence, militarising of civilian arms of the state have been valid examples of the mechanism of power retention by Zanu Pf. But to pursue that analogy on its own is not enough.

What appears to define Zanu Pf’s dominance is a combination of its ability to coerce, induce collaboration, submission with limited concern for democratic persuasion of those it currently governs.

Coercion comes largely through repressive tendencies of limiting freedom of expression, association and assembly through both political violence and the partisan positioning and use of state security.

Collaboration is through its own members who are also beneficiaries of state largesse through land redistribution, employment in the civil and security service, protection in the informal sector and allocation of urban land/capital as well as issuing of state tenders.

Submission relates more to the fact that in the greater parts of our rural areas, there is resignation to Zanu Pf rule as informed not only by the threat of violence but also the political culture that is informed by a fear of challenging dominant power (traditional and political).

This is however not to say alternative political parties and formations have not tried to challenge this Zanu Pf dominance without persuasion.

The opposition MDC-T has come close electorally to defeating Zanu Pf as evidenced by the 2008 harmonised election that eventually resulted in a SADC mediated inclusive government. The co-option of the MDC-T into this government under regional pressure ensured that its counter-hegemonic project was to flounder at the altar of collaboration.

It also fell victim to what Guha in the above cited article refers to as a ‘revenge of the repressed’ also took on characteristic of coercion that were key aspects of the very same party they wished to remove from state power electorally. Political violence, though not as prominent as in the ruling party has also reared its head in opposition politics while the prevalance of splits and factions has indicated a culture of intolerance of divergent views and an inability to focus on strengthening the counter- hegemonic project.

In the opposition therefore, its ability to persuade has not overcome its preference for coercion and exclusion. While the blame for mimicry of the ruling party lies essentially with the leaders of the opposition, it cannot also be overlooked that the dominant political culture produced by Zanu Pf remains shared across the political divide.

Hence opposition leaders hold on to power no matter how small or big their political outfits are and retain a coterie of hangers-on while suppressing intra-party democracy.

For organisations that claim to be outside of the political realm and in the aftermath of the new constitution which they energetically campaigned to be passed in the 2013 referendum, they can only now collaborate with Zanu Pf’s dominance. By way of supporting the implementation of the new constitution and also defending their own sectoral interests and shunning broader, inclusive counter-hegemonic agendas.

And Zanu Pf understands the weaknesses of the political opposition and the fragmented, incrementalism of non-state actors. Hence it is pre-occupied with re-arranging its own internal power dynamics in preparation for its own inevitable succession from the leadership of its incumbent leader Robert Mugabe. Where protests have occurred, it has used coercion and in some cases submission (war veterans) to retain a relatively comfortable hold on state power.

Assumptions of the poor performance of the national economy compromising its hold on power may lead to the opposite. That is increased collaboration with the state in order to retain livelihoods, acquire capital (e.g. land).

To state the obvious therefore, Zanu Pf does not have the hegemony that it would want. Nor does it appear too keen on working on a key component of a democratic hegemony which is that of persuasion being greater than coercion. And in this, it is being assisted by a weakened opposition that seeks more to mimic the ruling party’s understanding of power than it seeks to fully establish a counter hegemonic struggle for social democracy.