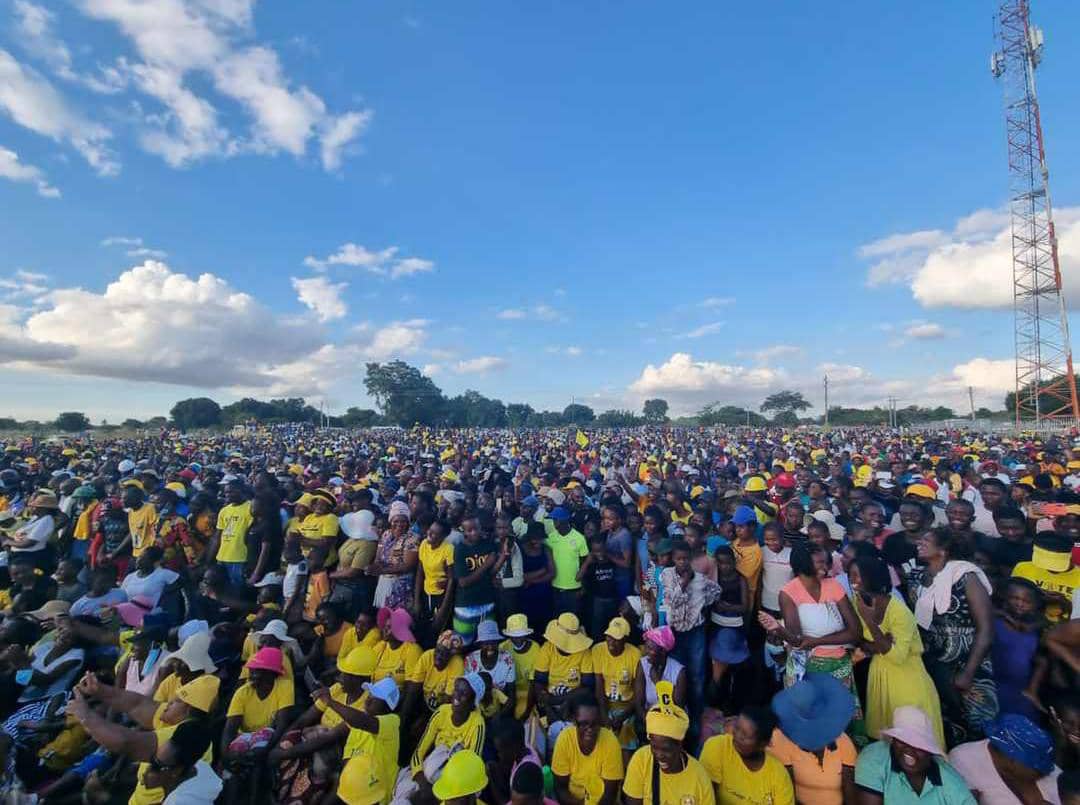 THE much-awaited Zimbabwe, March 26, by-elections came and went, leaving the country in no state to know who will likely win the 2023 general elections. However, the ruling party Zanu PF has the added advantage of abusing state resources and twisting the arms of independent electoral bodies to its favour.

Opposition Citizens Coalition for Change (CCC) led by Nelson Chamisa posted some impressive results by winning 22 of the 28 National Assembly seats and nearly 80 of the 106 council seats that were up for grabs.

Zanu PF, however, won two seats that were controlled by the opposition – Epworth in Harare and Mutasa South in Manicaland. It won the seats by thin margins but it marked a resurgence of the ruling party in opposition strongholds, albeit in a by-election that was marred by voter apathy.

The electorate, particularly in urban areas has voted for the opposition since 2000 relegating Zanu PF to a ruling rural party. The same trend continued in these by-elections, but the small gains won by Zanu PF means the 2023 general elections will be heavily contested as parties seek dominance.

However, what remains stark is the fact that Zimbabwe needs extensive electoral reforms and strengthening of independent bodies that run elections if the 2023 elections result is not to be disputed.

During the by-election campaigns, Zanu PF went all for broke and used its incumbency to distribute largesse to the electorate in exchange for votes.

This was exhibited in Binga, a remote constituency in Matabeleland North province. President Emmerson Mnangagwa in supporting his party’s candidate donated computers to a school, bicycles and fishing boats to members of the community just a week before the election.

The president further apologised to the community for his party’s failure to develop the area in the past 42 years after independence. However, the donations and apology did not sway the voters’ minds as they went on to re-elect an opposition MP.

The narrow loss in Binga means Zanu PF would go all out to try a second bite at the cherry in the general elections just as it will do in urban areas that were won thinly by the opposition. This would create an all but nothing mentality in the forthcoming general election.

The high-stakes election needs better management for them to be credible to both participants and observers. However, this is a mountain to climb if no electoral reforms are done between now and the dissolution of parliament next year in May.

Opposition leaders Chamisa and Douglas Mwonzora in the post-by-election results announcements on Monday while welcoming results said the country should immediately start electoral reforms to remove the possibility of a disputed poll.

Zanu PF, on the other hand, through its national spokesman Christopher Mutsvangwa said the elections were held in a peaceful manner and Zec had executed its mandate in a professional manner.

Among the reforms that Zimbabwe needs is for the police to act in a no-partisan manner. In the just-ended by-elections, the Zimbabwe Republic Police banned five rallies of the opposition in Harare, Marondera, Binga, and Gokwe. The police, ironically, did not ban even a single rally by ruling Zanu PF.

Among the reasons that it gave for banning opposition rallies was a lack of manpower or that the State president was also holding a rally in the proximity of the venue the opposition would have booked.

The second area that needs reforms is the public media. Zimpapers the public media house controlled by the state behaves as if it is an extension of the ruling party. It rarely covers opposition campaigns and in the few exceptions, it does the articles or stories are riddled with opinions by the papers or radio stations.

The public media seems not fazed despite that in 2019 the High Court censured it after it ruled the group was biased against the opposition and its actions were inconsistent with the roles of the public broadcaster or public print media.

The other reform that is needed is the strengthening of the independent Zimbabwe Electoral Commission. It needs to be able to remove any doubts among the electorate and political parties that it is partial to the ruling Zanu PF by acting transparently. It needs to compile and publish the voters’ roll and polling station at least two weeks before elections.

Political parties and other civic organisations should have access to a readable and auditable voter roll ahead of the election. This would remove doubts about ghost voters, who ironically are attributed to the high voter turnout in Zanu PF’s strongholds.

The last but important thing about the 2023 general election is the delimitation exercise. The electoral boundaries will be redrawn and some provinces will lose or gain the number of National Assembly seats allocated to them. This exercise should be done transparently without allowing the ruling party, Zanu PF, to gerrymander constituencies.

Gerrymandering has been done in the past where some urban constituencies were joined to rural communities in an effort to dilute the urban vote.

After all, is said and done, there is a need for SADC (the regional bloc) to come early and assist in the reforms as Zanu PF and president Mnangagwa are not in a hurry to do electoral reforms that may hasten their exit from power. The 2023 general elections will be a cliff-hanger from the perspective one looks at them.