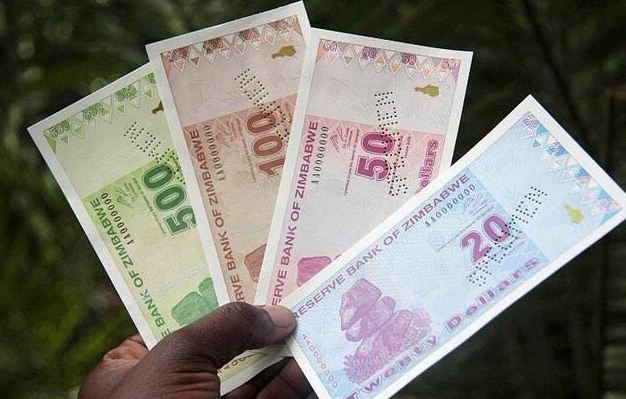 We are all default economists in Zimbabwe now. Or at least some sort of experts in asset management and financial services. Mainly because of the collective national panic over the introduction of bond notes at the end of this month.

It all begins with those that have savings of one form or the other. Whether it be in the form of a small business interest (shop, car sales, cleaning company, medical practice, combis or small estate (residential stands), a high density completed or partly completed house, rural-based cattle or farm property related to the fast track land reform property).

There are those that are in more panic than others. Not by way of wailing and thinking all hope is lost. But by way of frantically trying to retain the original value of their capital in original United States Dollar terms. An inherited house, FTLRP farm, colonial legacy property or a post independence or post 2007 acquired business. So in the next two weeks and beyond there are going to be more and more frantic money transactions and transfers of physical and financial capital between individuals, banks, corporates and political players.

The most vulnerable will as always be those that hedged their bets on a stable political economy to protect their pensions or other meager savings. Let alone those that will not be able to navigate survival in a highly privatised and fairly corrupt national  social service delivery system.

The hardest hit will be the propertied in terms of urban real estate. Houses are going to go on the cheap just to retain a semblance of original US $ value. Both by way of rentals and by way of sales. But those Zimbabweans on the property market will face the behemoths that are our local banks and asset management companies. Whatever they try to sell in the short term will still give the capital/income ratio return expected by the banks, building societies to whom they already owe mortgages or other loans.

The catch however resides in the role of the state in this induced panic and disaster capitalism that it will purposefully  pursue based on the fact that  we have a drought anyway. The intention is to introduce a much more rabid economic dispensation in Zimbabwe where the next citizens ceases to care for the livelihood of the other.  This, as people panic about the limited wealth that they actually cannot save or are in severe panic about losing.  Exceptions will only be found with those that are politically correct or closely  connected to the ruling establishment.

In our panic and seeking out how to keep the US dollar value of savings we skirt what is evidently the bigger picture. This essentially being that it is the state in collusion with African Export-Import Bank that has willed the bond note.  As they both did with the bond coin. Deliberately defending this new monetary policy on the basis of nuances of nationalism and economic rationalism, they overlook the fundamental lack of trust that Zimbabweans have of these new notes, limited in distribution as they are for now.

Their confidence however stems from the strong possibility that despite the protests from the opposition and public disgruntlement, they will eventually be accepted as were their smaller coin denominations. All of this while not actively plugging the holes in the economy that have been caused by ambiguous economic policies, corruption and privatisation by ‘tenderpreneurship’ and self evident cronyism.

Our under pressure aspiring middle or ‘buffer’ class (by lifestyle not necessarily capital) is perhaps the most panicked. Questions of what to do with pensions or insurance savings and  immovable property are foremost in their minds. And understandably so. Some of them lost money and property value during the period of bearer notes in the late 2000s. They however do not want to think from a collective stand point.  For this ‘middle class’ it’s each person/family for themselves and with a great deal of self centeredness.

The urban small business trader, whether they sell wholesale bananas or clothes, run urban kombi transport or retail businesses or $1 sadza takeaways have always been accepting the small change cumulative advantage that the bond coin has to the South African rand.  The bond note will cause initial consternation but so long it has value, it will be accepted at this particular class level. For the small scale businesses that appear more informal yet are part of a a rapacious network of formal national and regional suppliers including those that run informal airtime vendors supply chains,  resurgent tuck-shops,   vegetable vending the argument for now is that so long the bond note does not affect the day to day limited subsistence and basic income that they make, it will be business as usual.

For the communal area residing citizen the panic is a bit more muted. Their view of their savings is less to do with monetary issues.  Its their land (even if they do not have title to it),shelter,  livestock and grain.   They are waiting to hear what happens in the urban centers about the bond note.  They will however not resist it, so long it works to get them to buy basics, pay school fees or go to the grinding mill.

What is evidently clear is that the bond note will not change the ‘state capitalism ‘ideological framework of the national economy.  Those that are poor will remain exactly that.  Those that are close to the state and private capital will stay better off.   Bond note or no bond note.