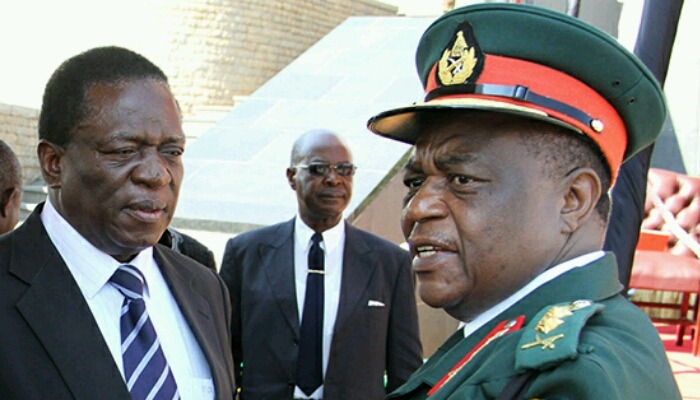 Zimbabwe’s 93 year old despot Robert Mugabe’s 37 years hold on power has been checkmated and has reached its end after his resignation, which followed a house arrest by the military. In a Hollywood style of events that left the whole world amused and confused whether to call it a coup or not coup, something that puzzle military scholars for some time. Whatever interpretation, the reality is that a coup was executed in Zimbabwe and we are currently in a transition to a new dispensation and this signifies a shift in the power dynamics, particularly in the ruling party.

Already, high ranking cabinet ministers have reportedly been detained by the military and more arrests are expected. Unprecedented though that a majority of Zimbabweans welcomed this ‘coup’ and participated in huge numbers in the call for President Mugabe to step down. The march to state house and the rally in Zimbabwe grounds was a decoy ‘people’s popular uprising’ meant to disempower regional bodies like the Southern African Development Community (SADC), the African Union (AU) and United Nations (UN) not to censure Zimbabwe’s military apparatchiks. Essentially, Zimbabweans were taken on a wild goose chase by the military hawks despite warnings from Blogger, Takura Zhangazha that this was a purely ZANU PF succession affair when all this charade started.

Zimbabweans had suffered under Mugabe’s 37 years iron fist rule to an extent that they had reached a point that anything else and not Mugabe was good. One thing for sure, the calls for Mugabe to go attracted Zimbabweans from all walks of life; from the opposition, civil society, churches, civil service, the Zimbabwe African National Union Patriotic Front (ZANU PF), the Movement for Democratic Change (MDC) Alliance, the National Rainbow Coalition (NRC) among many others and other sections of society.

However, there is a danger to it in the sense that whatever is happening is not a people’s agenda, it is not a people’s revolution but a rearranging of chairs on the ruling party’s high table.  My fear is premised on the fact that, most people just want Mugabe to go without laying on the table what we envisage for the future of our country. This is the same dilemma that hogged the opposition while accepting the GNU and the COPAC constitution saying ‘it’s better than a no deal.’  Whereas it was only years to come that they realised that the ‘better’ deal was actually nothing on the surface.

Equally, events of the past days were largely triggered by Mugabe’s firing of his vice president Emmerson Mnangagwa, the newly anointed ‘crown prince’ of the securocrats.  The eventual dismissal of Mnangagwa from government came after verbal attacks directed to his person and the military. The ‘coup’ was long brewing, it was just a matter of day and time, but Grace Mugabe became its trigger. The purges of senior leaders of ZANU PF aligned to Mnangagwa prompted the military chiefs to step in and stop Mugabe because they also felt threatened.  They realised that the axe was also going to fall on their necks if the succession events in the ruling party had continued on the same trajectory; hence, they had to pre-emptively strike. The generals have achieved their mission, they wanted the purges to stop, they did. They wanted to stop the dynasty project. They did. They wanted to take power from the G40, they did. They wanted Mnangagwa to be at congress, he will be, as a leader.

Historically, the major political contradictions in Zimbabwe have always been resolved by the gun. Here I refer to five historical events that were resolved by the gun.  Firstly, it was the First Chimurenga (War of liberation) in 1896, which was a contest between the colonisers versus the people of Zimbabwe, a war which we eventually lost resulting in the colonisation of Zimbabwe. Secondly, the second Chimurenga which was Smith’s UDI versus that ZANLA/ZIPRA affair. Thirdly, it was post-independence, in the 1980s and that featured Joshua Nkomo versus Mugabe, which resulted in the massacring of more than 20 000 people in Matabeleland during Gukurahundi. Fourthly, the MDC versus ZANU PF in 2008, when the military factor became a crucial element in resolving the political contradictions, thereby keeping President Mugabe in power.

The last of such events is the succession question we are currently witnessing in ZANU PF which is now being solved by the gun, albeit Mugabe’s resignation. George Charamba, Mugabe’s spokesperson for 17 years told Financial Times that Mr Mugabe’s fate would be decided by those wielding power and not by the will of the people. “What we see in the streets is just atmospherics,” he said. More importantly, what we are currently witnessing is problem solving of the ZANU PF succession, now being handled, executed and directed by the gun after Mugabe had suppressed that debate and by default making himself life president of Zimbabwe.

However, as many Zimbabweans in and outside the country were celebrating Mugabe’s ‘demise’ which has been instigated by the gun, they should think about the future. From a fair analysis without attaching any emotions the coup is a ‘family (ZANU) affair’ and General Chiwenga was unequivocal in his 13th of November 2017 statement that it’s a military resolution of internal party contradictions. As a result it has nothing to do with the generality of the populace, not even democracy rather a self-correction of ZANU PF as it solves its succession. It has always been a power tussle that dates back from Zimbabwe’s war of liberation between the nationalists (political leadership) and the military leadership who were playing different roles in the war. Mugabe, a civilian (who has no military background) was supported by the military in his ascendancy to the throne in 1977.

Forty years down the line, the military has featured again to remove Mugabe and replacing him with another trained soldier Emmerson Mnangagwa.  Secondly, the military chiefs are now an economic class with its own distinct interests and this is a ‘military class project’ to keep hands over the party-state apparatus no matter which angle you look at it. The alleged involvement of the army elites in the Chiadzwa diamonds are a case in point. Thirdly, the coup has exposed that Zimbabwe’s opposition has paid heavily for being directionless and unable to build a cohesive social and political project. The failure of the opposition even to reform or renew itself will be their greatest downfall if ever they are going to gain space in the wake of a rejuvenated ZANU PF.

Going forward, Zimbabwe should retain to civilian order and allow the constitution to be respected. They must be a clear framework, that at least should try to involve the people or rather any transitional mechanisms should lead to reforms and ultimately a democratic election. The people of Zimbabwe should be given a chance to choose a government of their choice, but Alas! the events in the past few days indicate that we will always be asked to participate in civic affairs with the nozzle of the gun on our head in the immediate and foreseeable future.

For the pro-democratic forces, the question is how do they build progressive political platforms that can be seen as part of the National Democratic Revolution? How do progressive forces mobilise to deepen a structurally deep movement which makes the transformation national and not be subjugated and domineered by the factions in the national liberation movement? They should continue mobilising on the ground and be relevant in the struggles ahead. However, given the fragmentation in the opposition and lack of cogent policies to address the socio-politico-economic crisis ZANU PF has somehow managed to solve its complex succession question. This means after they are finished with addressing the self-cannibalising that was threatening to tear them apart, that machinery will be re-directed at the opposition and civil society with much viciousness.

President Mugabe’s speech read on the 20th of November 2017, whilst flanked by all the security forces was a tell-tale sign and this was confirmed by Patrick Chinamasa’s utterances after the Central Committee meeting held on the same day that it was a ZANU PF affair and they did not need the opposition on the dinner table. In addition, the military apparatchiks released a statement on the 21st of November 2017, that ‘Operation Restore Legacy’ had been successful and it was time to go back to normal life. The question that begs to the military and ZANU PF is: what happened to the people’s revolution? Maybe it was never about the people but ZANU PF and its survival. The opposition, civil society and Zimbabweans in general need to avoid being easily excitable otherwise they will keep on being taken on a wild goose chase in Zimbabwe’s politics.