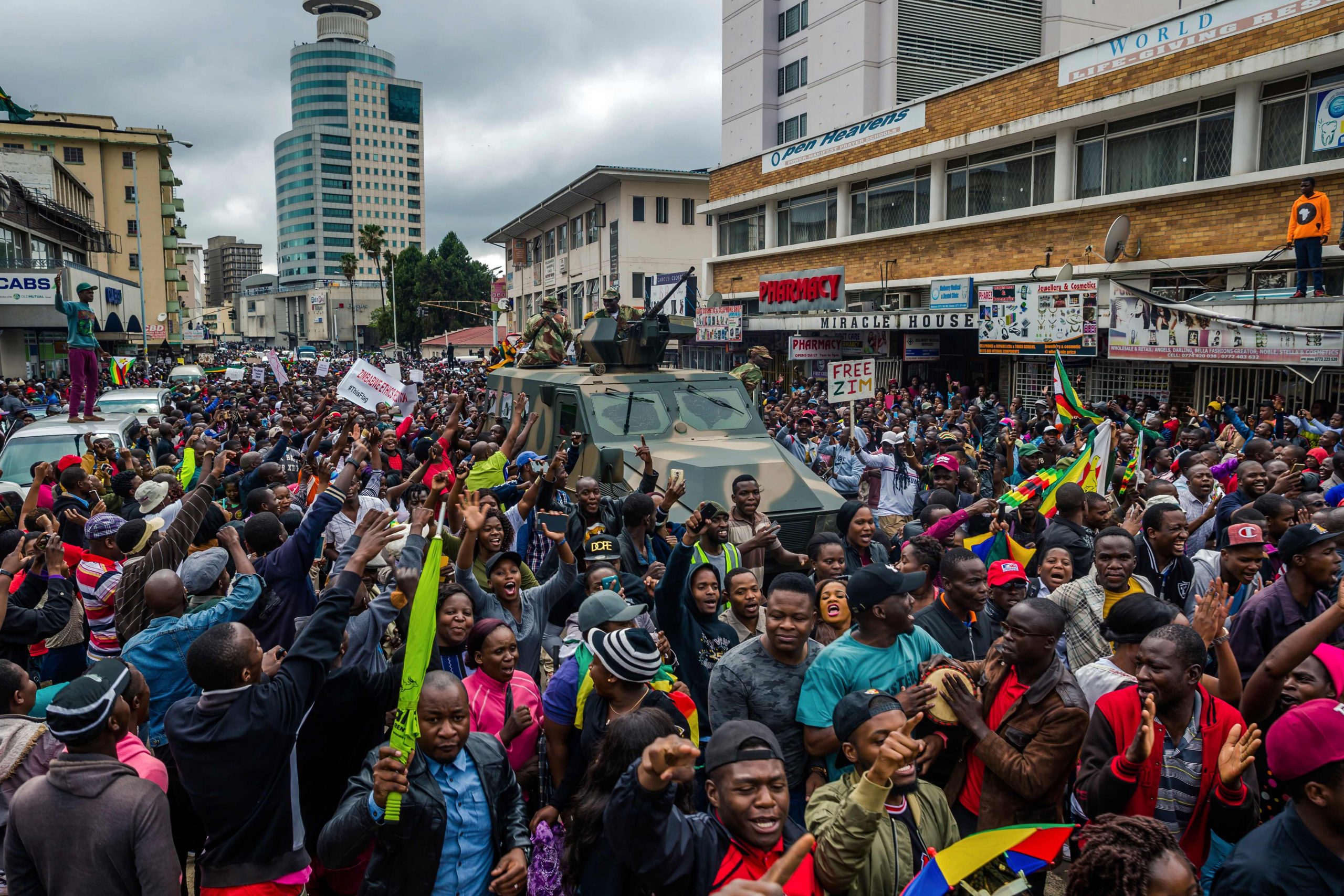 There is one good thing that is now emerging from the current political crisis in Zimbabwe.  This is that the lead role in seeking to resolve the impasse has now been taken over by the politicians.  At least by way of pronouncements, rallies and internal ruling Zanu Pf party meetings.

The broad popular support for the army in the last week, as seen via Saturday 18 November 2017 marches in Harare and Bulawayo turned what was initially a feared presence of the army on the streets to a popular one.  At least for now.

Subsequent appearances of President Mugabe at a graduation ceremony and on national television (where he disappointed many by not resigning in public) has further entrenched the political option out of this current national crisis.

This is an important consideration primarily because the problem of succession has largely been one that resides in the ruling Zanu Pf party.  That it got out of hand is entirely their fault and they have a national and historical obligation to return the country to full civilian rule.

The latter process they have already begun with their appointment of Emmerson Mnangagwa as the interim President and First Secretary of Zanu Pf to replace Mugabe.  Interestingly they have also announced their new interim leader will also be their candidate for the 2018 harmonised elections (if accepted by their Congress. )

So a return to ‘normalcy’ essentially points to a retention of political power by Zanu Pf under the leadership of Mnangagwa.

And to do this, they will not need the opposition to partner them whether be it through a national transitional authority or any other similar arrangement.  They will make overtures to it, but not integrate it into influential positions either in government or in electoral processes. They will listen to the oppositions suggestions but not always be inclined to pursue them.

So the step by step process , and as agreed by their Central Committee, would be to get Mnangagwa to finish off Mugabe’s term, hold their scheduled congress as planned in early December, and begin in earnest to campaign for elections in 2018.

There are very limited options for the opposition here.  They may simply have to buckle up and get back to campaigning with a renewed vigour and vigilance that speaks more to people centered politics.  At the moment, their public popularity cannot exceed that of the ruling establishment and those who if they finally succeed, are at the front of seeking  the departure of Mugabe.

Opposition leaders therefore need to stop being ambivalent and pursue electoral politics with greater diligence and vigour or else they will be defeated in 2018. And resoundingly so. They need to re-coagulate their support bases, conclude their alliance talks and avoid easy co-optation into ruling party processes that they do not have equal say on.

Where mainstream Zimbabwean civil society is concerned, they are best placed remaining true to democratic value and principles. Even where it seems at odds with a popular support for the army’s ‘intervention’.

Furthermore, civil society needs to be aware of the economic blueprint of the Mnangagwa government.  It is likely to be one which puts business and private capital a the core of its economic policies.  This is moreso as confirmed by ZNLWVA chairman Chris Mutsvangwa in a press conference he held last week.  And as indicated when Mnangagwa was still vice president under Mugabe when he spearheaded the ‘ease of doing business’ policy cluster.

CSOs and social movements should push back against this planned neo-liberal economic model and place on the table people centered social democratic economic policies.   These policies should clearly outline the progressive welfarist role that the state should play in the provision of education, water, infrastructure development and affordable, accessible health care for all among other services.

Indeed while it is early days, the likelihood of a determined and ‘new’ Zanu Pf leadership’s concerted efforts to prove their critics wrong but without necessarily sharing their newly acquired power, are high.

There may be opportunities to glean from this state of affairs but essentially these will be subject to the benevolence of Zanu Pf.  SADC’s role is still critical but we may have passed a phase where it will directly intervene and seek means to reverse internal political processes as they are now occurring.