Africa in Global Cold War 2.0: A Return to Struggle Consciousness 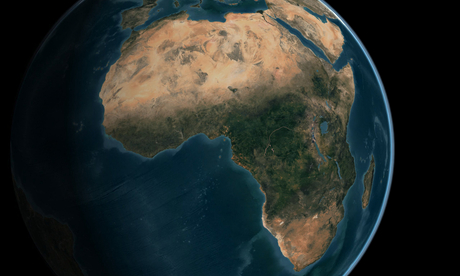 The British daily, the Guardian recently published a story on how Russia has new plans to exert its influence across the African content.  All in return for the usual imperial desires such as natural resources, geo-political military strategic positioning and of course loyal allies.

I do not think the story made any headlines in African newspapers.  Not least because it had a tone of the ‘Russians are coming’ or as of old, the ‘red peril is coming’.  For many Africans, the Russians have always been here.  So it’s nothing particularly new or scary.  We are used to imperial interests on our continent.  We also fought against colonialism, with the aid, wait for it, of the Russians! But at that that time they preferred to be called the Soviets.

But now they (Russians) have changed.  They are no longer Soviets or socialists.  Like their historical rival, the United States of America (USA), they are cut throat capitalist.  Not only domestically but also in their foreign policy objectives and intentions.  The only difference is that they are not too hung up on ‘human rights’ in their relations with Africa (or any other continent for that matter).

While they repeatedly argue that they do not interfere in the domestic affairs of African countries, and in particular their allies, the report by the Guardian indicates otherwise.  And the same is true for all global superpowers.

As academics have already noted, there is a new scramble for Africa under the ideological ambit of neoliberalism and global capitalism- one academic, Slavok Zizek has gone so far as to call it a new ‘global apartheid’.

This revival of neo-colonial interest in Africa by global superpowers is playing out increasingly as of the historical Cold War.  There is the West and there is the East.  All wanting essentially the same things from the African continent and its divided states. It’s a combination of the ‘usual suspects’ or objects of desire-  mineral wealth/natural resources, markets for their many businesses, land (yes quite literally, one German cabinet minister recently suggested that African states should allow developed countries to own land and develop it for African economies to improve!)

It should be relatively easy to assume that Africans know the global superpowers are here and have ratcheted up their interests on the continent.  Especially post Gaddafi in the disaster that is Libya and its mineral wealth and geo-strategic positioning.

Knowing and thinking about it at the same time are however not the same thing.  In the relatively recent anti-colonial past as Africans, we were much more discerning of the interests of the then two global superpowers, USA and USSR. We were also very good at understanding the major colonial states’ (France, United Kingdom, Portugal) interests and countering them in order to become free of the yoke of repression by racism and economic exploitation.

Regrettably this consciousness has all ebbed now.  Not just because liberation and anti-colonial struggles ended but also because the rapacious nature of global capitalism in the aftermath of the Cold War left us, as Africans, more vulnerable to our own weaknesses than we anticipated.  We lost our bearings in wanting to be similar in lifestyle to the global north that our leaders became not only willing appendages for global superpowers, but also chose the path of corruption and long dree stays in power to the detriment of contextual, people centered and democratic African political economies.

Even in the contemporary we remain faced with the serious challenge of an African leadership that sees limited value in itself without recognition from the leaders of global superpowers and global capital.  Hence from southern, eastern, western and northern Africa the mantra of free trade, markets and the ‘ease of doing business’ is the same.  All, in most cases, to impress again, global political superpowers (Russia, China, USA, Europe) and their attendant global capitalism.

It is easy to argue that we are between a rock and a hard place.  But that might only be as a result of a lack of concerted trying and the false assumption that our contemporary African leaders hold that global capitalism is the panacea for each and every problem that we have.  When in reality it is the fundamental ideological cause for a majority of problems that we encounter regularly.

Structuring a way forward out of our conundrum is no doubt difficult.  We initially tried it with the changing of the OAU to being the African Union. It was a brave attempt at modernising a liberation struggle organization.  The complexity however remains that it is now viewed largely as less organic and still steeped in divisions that are orchestrated again by global superpowers.

Where the Leninist question what is to be done is asked it can only be answered with historical nuance. We need to learn that there is indeed a re-emerging regressive view of Africa (and Africans) by some of the leaders of the global superpowers.  One that is shared by an increasing number of their citizens.

Hence the antipathy toward African migrants and strict visa regimes for would be African visitors. We probably need to work on our own African consciousness to believe more in the fact that being African does not require affirmation by global superpowers and their citizens.

We will need to be more assertive of our own being as Africans.  All the while embracing progressive values that contest racism, neoliberalism and its attendant global capitalism.