Home » Diplomacy » Prez Mugabe’s AU Donation, Addressing a Symptom to Avoid the Cause

Prez Mugabe’s AU Donation, Addressing a Symptom to Avoid the Cause 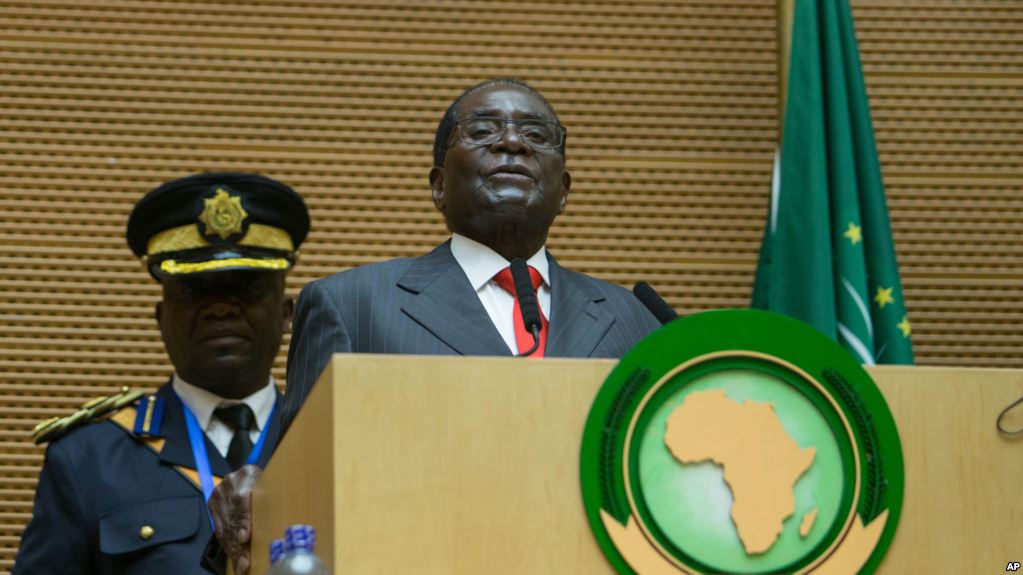 President Mugabe recently donated US$ 1 million to the African Union (AU) reportedly in his personal capacity. And no, the money was not sourced from Zimbabwe’s national treasury. Instead it came from auctioning at least 300 head of cattle from his own personal herd. At least we are told. It is a promise he had made two years ago when he was serving as the chairperson of the African Union as well as SADC.

I remember asking myself, how does he promise cattle to the AU? What would the latter do with them? Or even more significantly how would he get the cattle to Addis Ababa and where would then AU Commission chairperson Nkosazana Dlamini-Zuma put them?

It turns out he had a plan. First of all add to the herd by asking for donations from chiefs in his own country and other well wishers. Then cash the herd in. And shock everyone by keeping a promise made in what was initially deemed to be populist posturing. And still get a populist result by appearing to be true to your pan Africanist intention of working to make the continental body financially self-reliant.

I am not sure what the AU is going to do with the US1 million it received from President Mugabe. I also do not know how much Zimbabwe officially contributes to the continental body. Or to SADC. (yes I also tried to Google it).

What is however beyond doubt is that I agree with the principle that our continental bodies must seek to be self sustaining and that their member states must demonstrate their commitment to their existence by regularly contributing to it. Regrettably they do not make regular contributions. Or their contributions are completely overshadowed by those that come from other continental bodies, countries and non African philanthropists.

On the face of this is acceptable because it fits the global characterisation of Africa as poor. Not only in material terms but also as the ‘other’.

It also turns out however that the myth that Africa is ‘poor’ is beginning to be challenged. A number of researchers point to the fact that we are quite well to do. Its just the multinational corporations that make the profits.
And our political leaders and comprador bourgeoisie that externalise the dubious breadcrumbs that they are given by the lauded ‘investors’.

So the primary problem with President Mugabe’s donation is not that he made it despite his own country facing may economic challenges. It’s that it addresses a symptom, not the actual problem. And even then, still after a long time of asking.

The actual problem is that whereas during the liberation struggle the Organisation of African Unity was probably the most popular continental organisation on the planet because it exuded values that resonated with the people, many functional governments deliberately contributed to its sustained existence, the AU is not.

Where we have the post liberation AU we have a rupture of popular support and understanding of the raison d’etre of the reformed continental body. Wrapped in corporatist language and neo-liberal intentions, the AU has lost a greater part of its liberatory value to many an African. And that is why someone needs to advise President Mugabe that his gesture, even if well intentioned, does not begin to address this larger ailment.

And its not just with the AU. Regional bodies generally face popular legitimacy challenges and again and again, fail to live up to popular expectations. SADC, which is the former liberation struggle alliance that we knew as the Frontline States does not exude people centered values. Its major projects after South Africa’s independence have remained couched again in neo-liberalism and seeking to protect members states sovereignty without taking into full account the wishes of the people.

So its no surprise that our own continental bodies are generally dependent on foreign funding. It is a primary result of the challenge of their depreciating popular legitimacy. And how global political and corporate powers have deliberately taken advantage of this to seize greater control of what should have been a continually emancipatory agenda. Indeed the world changed after the end of the cold war and international relations, interests sought to control our continental agenda. But it remains a hard truth that we have to return our continental bodies to their source. That is the struggle for freedom, And I promise, we will not be begging nor will we have presidents donating personal cattle to a body that would not need such a gesture. No matter how symbolic.