Home » Diplomacy » Why would Burundi grieve to bring in foreign currency while the money machine is at her disposal?

Why would Burundi grieve to bring in foreign currency while the money machine is at her disposal? 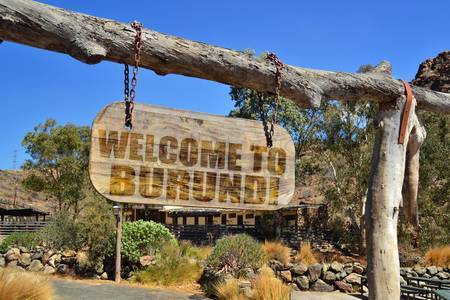 Since 2016, the US Dollar is scarce on Burundi market and is becoming costly, more than FBu 3,000 (Burandian Franc) on the black market against the official change rate of approximately FBu 1,850. In such a situation, I wonder what our economists and public planners are doing to bring in currencies and stabilise our currency. I was therefore moved to propose what follows in this blog.

It is obvious that our country has long relied too much on certain commodities such as coffee, tea, tobacco or even cotton for exportation and bring in the green note.

But at a time of what we call “donor fatigue” where the budget support by the foreign donors is shrinking, how can we stabilise our currency and grow our economy without putting too much tax burden on the ordinary taxpayer?

The best solution I can suggest is to rethink our tourism policy. Burundi’s potential for tourism and trade is enormous. But the country need good public planners and promoters and a stable and supportive business environment in order to benefit from the tourism industry. For example, only in Bujumbura, with the only Rusizi natural reserve and Tanganyika Lake, I see huge sums of money if ever the government makes it a priority.

Just a good investor with a long-term vision. A single shuttle like I saw on The Seine in Paris would be enough to reap hundreds of thousands of dollars per month, of course if it is well managed. Why does God bless us while we continue cursing?

Unfortunately, Burundians invest too much in beer/beverage sales and politics. Since I was born, I only hear politics: the politics of the stomach unfortunately. We seem to turn around with a revolving door by repeating the same political stories and error over and over instead of moving forward. Sadly, only a few individuals would benefit from “stomach politics”.

Finally, I wink at the Agency for the Promotion of Investment(API). Agencies like these seem to be focusing more on giving away some taxes to foreign investors in what is called “tax incentives” as if investors look at taxation to invest. Investors, when they want to invest in a country, they do not consider tax incentives; they consider among other things:

For foreign economic investors, tax benefits such as tax holidays are not considered or it is not a priority. If tax incentives were to be given to investors, it had to be done to local investors to promote local entrepreneurship.

So, dear businessmen, investors, promoters, journalists, let’s invest in tourism in Burundi and promote it. And above all, let’s value and protect our Tanganyika Lake which is unique in the world and our natural reserves, if well handled, they can be the money machine for economic growth of Burundi.