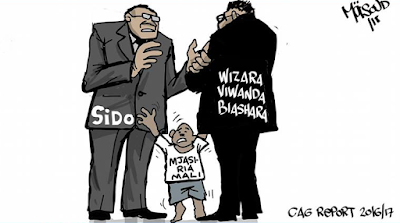 The old Swahili adage, “vijana ni taifa la kesho” (youth are the nation of tomorrow), seems outdated. Even the use of the phrase, “Today’s Youth, Tomorrow’s Future”, is apparently waning. What appears to be trending now is Africa as “the young continent.”

It is thus not surprising that the African youth is the center of attention for advocates of entrepreneurship. For instance, in Tanzania entities from both the public and private sectors that promote youth entrepreneurship are mushrooming. These include, among others, the Tanzania Entrepreneurship and Competitiveness Centre (TECC), the National Economic Empowerment Council (NEEC), the Institute of Management and Entrepreneurship Development (IMED), and The Launch Pad Tanzania. Prof. Faustine Kamuzora, the Permanent Secretary in the Prime Minister’s Office responsible for Policy and Coordination of Government Business, aptly captures what drives these initiatives. “This large population of youths in the country”, he recently stated in his visit to TECC, “should be properly trained and equipped because it is an engine for economic growth and by giving them entrepreneurship skills, business techniques and life skills they will become more productive hence contributing to GDP growth.” Since youth restlessness remains “Africa’s defining challenge”, one can understand why the youth entrepreneurship mantra is trending.

Nevertheless, the effort to train young people to be enterprising is laudable. And the energy devoted in doing so is admirable. Take, for example, Carol Ndosi and Henry Kulaya who are passionately using the Launch Pad Tanzania to impart, inter alia, what they call the “21st Century Entrepreneurial and Employability Skills.” Their first cohort has recently graduated with flying colors.

All the graduates made a prototype of what their preferred products would look like based on “HCD-Customer Focus”: Jesmoh’s “entrepreneurial idea is to have an INTERNET CONNECTIVITY NETWORK”; Joyce “would like to venture into Fruits Supply Business, retail and wholesale”; Suzan, “a Gallet and Cosmetics Business”; Ismail, “a foundation to empower Women-QUEENS DEVELOPMENT PROGRAM”;  Eva ,”a Brown Bread Bakery business”; and Naomi “start a SOLAR ENERGY business.”

One of the practical exercises required these trainees to generate a profit of Tsh 2,000 in two days after they were given Tsh 10,000 as a startup capital. Christina Hillary notes that most of them managed to make profit, with one making almost Tsh 4,000. Of course, as she puts it, this was not only about making profit, but also about “adding value to their products and customer orientation….”

Dr. Jacqueline Mgumia’s PhD dissertation, Choices on Money: Entrepreneurship and Youth Aspiration in Tanzania, presents a novel methodology on how to conduct such social experiments. Through a business grant of Tsh 200,000 to 52 Form IV graduates and a business prize competition as an incentive, she managed to closely follow-up their performance as nascent entrepreneurs for a period of one year. Some of them made relatively huge profit.

Her study, however, also provides a cautionary tale of how such interventions do not address structural barriers. It is these issues  that limit youth access to higher education and formal employment in the first place. Or, as Ory Okolloh puts its, ‘Africa can’t entrepreneur itself out of its basic problems’ through “the fetishization around entrepreneurship”. This is what brings me to the concept of ‘Angel Investors’ that has been introduced to assist.

Beng’i Issa, the Executive Secretary of NEEC, is quoted as promising to work on Prof. Kamuzora’s “directive” above by identifying “angel investors and link them with the youths so that they can easily access capital to implement their business ideas or expanding existing businesses.” This sounds altruistic. Angelic.

What caught my attention is how it is defined. “This concept is very new in the country (angel investors)”, she asserts, “in which an investor can be attracted by a business proposal from an entrepreneur and decides to invest.” Her invocation of newness reminds me of my reaction to Salum Awadh’s celebratory tweet about the launch of the Tanzania Angel Investor Network (TAIN) in May 2018. Its website describes it as “the first organized angel investors network in Tanzania that seeks to promote angel-investing culture and grow innovative start-ups in Tanzania.”

Yet the historian in me recalls that once upon a time we had the Tanzania Venture Capital Fund (TVCF). Lest we start arguing about the semantics of ‘venture capitalists’ and ‘angel investors’, let us look at what was its mandate and who funded it. “TVCF”, a fact sheet in the UNIDO archives noted, the country’s first venture capital fund, was launched in October 1993.” The “fund”, the fact sheet further noted, “makes equity and quasi-equity joint venture investments alongside Tanzanian entrepreneurs in local companies with high growth potential.” This sounds somewhat like a déjà vu.

Most “of the investments”, the fact sheet also noted, “are in existing businesses seeking second-stage expansion capital although the fund does consider exceptional start-ups for investment.” It then noted that TVCF had “received its seed capital through equity contribution from foreign and local development institutions.” Twenty years later, some folks also established the Tanzanian Private Equity and Venture Capital Association (TAVCA). Now there is another, the Tanzania Venture Capital Network (TVCN).

Such recurring attempts at initiating capitalist ventures in Tanzania have prompted me to write a dissertation on ‘A Capitalizing City: Dar es Salaam and the Emergence of an African Entrepreneurial Elite (c.1862-2015), which will soon be freely available online. As I begrudgingly applaud my friends who are engaged in fostering the ‘spirit of capitalism’ through private equity, venture capital and youth entrepreneurship, I wonder how much of the history of capitalism is repeating itself. Are we experiencing what the ardent critic of capital, Issa Shivji, refers to as the ways in which history in neoliberal Tanzania repeats itself, albeit as a tragedy and farce?

Rather than go in circles, as a collective, we need to take a hard look at our history and see why we keep repeating more or less similar things. They tend to start glamorously, then fade away. The likes of Reginald Mengi and Juma Mwapachuwould probably not  remember that in 1992 they contributed some money to the then Entrepreneurship Development Fund (EDF) that mainly focused on enabling youth “acquire soft loans for economic projects.” It is high time that they tell us, in their memoirs, why such initiative were not sustainable or that successful  Perhaps this will also save our new champions of youth entrepreneurship from “the curse of Sisyphus.”