Home » Coronavirus » Covid-19: the Unheeded Ides of March and lessons for Africa

Covid-19: the Unheeded Ides of March and lessons for Africa 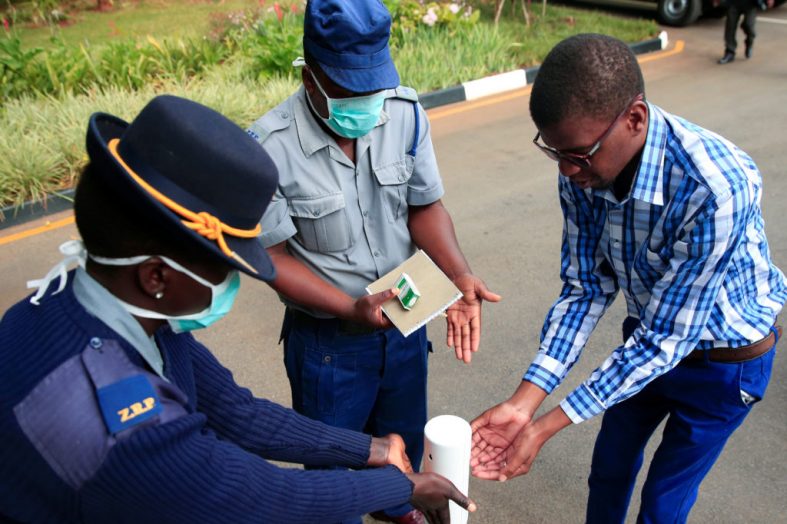 “Beware the ides of March” — these famous words are spoken twice in Shakespeare’s play “Julius Caesar,” warning the titular character of his assassination. The event, which took place on March 15, 44 B.C., has become known as an unlucky date for more than just Caesar.

Since then, the month of March, specifically the 15th has been associated with superstitious narratives and bad omens.  On March 15, 1889, a cyclone destroyed six warships — three US and three German ships — and killed more than 200 sailors in the waters of Apia, Samoa.

On March 15, 1939. Adolf Hitler ignored the Munich Pact — an agreement between Germany, Great Britain and France that gave Germany the Sudetenland, in western Czechoslovakia — and invaded other parts of Czechoslovakia and that marked the end of appeasement and further escalated tension leading toward World War II.

More recently, the Syrian Civil War began on March 15, 2011, when protesters took to the streets of Daraa after a group of teens and children were arrested for writing political graffiti. This leads to an estimated 400,000 Syrians being killed and more than 6.1 million internally displaced.

Most superstitions are hundreds of years old, stemming from the human instinct to attribute reasoning to the inexplicable.

While putting a more particular focus on the Shakespeare play, Julius Caesar set in 44 BC, the Roman Senate was jealous of the growing power of one of its own, Julius Caesar. Caesar had consolidated his power by acclamation, but not by consensus. As a result, he was assassinated on the Ides of March, 15th of March.

The assassination was led by one of his longtime and closest friends, Marcus Julius Brutus. The attempt to restore the Roman Republic by assassinating an ascending ‘Dictator’, backfired. The Roman Republic was forever discarded. In its place rose a brutal, aggressive, and eventually rotten and corrupt Empire that failed. This lesson should be held closely. We should keep it in our minds for not only the political changes coming but also in our ways of ascertaining what strategies to employ in our economic lives.

As such, the tragedy that befell the Roman Emperor got me thinking in assessing the world preparedness in dealing with Covid-19 despite the warnings with clear examples of how the disease wreaked havoc in China. When the disease affected China, the West and its media were reluctant and stigmatizing as they didn’t see it coming right to their doorstep. Therefore, in drawing some narratives in the wake of the deadly pandemic that has wreaked havoc globally killing many lives and threatening human existence, William Shakespeare’s epic play provides a candid explanation on the warnings of March which the world ignored.

In its early stages, the Covid-19 crisis in Italy looked nothing like a crisis. The initial state-of-emergency declarations were met by scepticism by both the public and many in policy circles — even though several scientists had been warning of the potential for a catastrophe for weeks. Indeed, in late February some notable Italian politicians engaged in public handshaking in Milan to make the point that the economy should not panic and stop because of the virus. (A week later, one of these politicians was diagnosed with Covid-19.)

After the devastating effects in Wuhan, China coronavirus spread in many parts of the world came and denialism has cost many lives and affected economies, some which might never recover. US President Donald Trump’s scepticism and denialism around the deadly pandemic coronavirus left the world in awe and total disbelief. The month of March has been a dreadful month with the coronavirus spreading like veld fire in many parts of the world. On the 11th of February 2020, Prof. Marc Lipsitch of Epidemiology, Harvard School of Public Health warned; “This is really a global problem that’s not going to go away in a week or two. What makes this one perhaps harder to control than SARS is that it may be possible to transmit before you are sick. I  think we should be prepared for the equivalent of a very, very bad flu season, or maybe the worst-ever flu season in modern times.’’ Many other experts warned.

It should be known that by this time, the U.S. had confirmed 60 cases of coronavirus. The CDC had already warned the public to prepare for the virus to spread, assuring them that this was not a hoax.

On the 18th of March, in typical Trump’s fashion, the American president failed to hold his loose tongue stigmatizing the pandemic as a Chinese virus. “I always treated the Chinese Virus very seriously, and have done a very good job from the beginning, including my very early decision to close the ‘borders’ from China—against the wishes of almost all. Many lives were saved. The Fake News new narrative is disgraceful & false!”

Trump was urged to stop calling COVID-19 the “Chinese Virus,” a term he has used repeatedly and that some have called racist and dangerous. And many public health experts have criticized the administration’s lack of preparation and failure to act quickly when the virus was first recognized. Despite Trump’s denials, the US has surpassed China in terms of the number of infections. A warning to Trump that indeed, the ides of March have come and they have not gone!

In the global south, we equally had our share of madness and denialism with Zimbabwe, top government officials Zimbabwe’s Minister of Defence and war veterans, Oppah Muchinguri-Kashiri, making dangerous claims that the coronavirus was unleashed by God to deal with US President Donald Trump and other Western countries for imposing sanctions on Zimbabwe.

Speaking at a Zanu-PF meeting, as the party’s chairperson, Muchinguri-Kashiri said: “Coronavirus is the work of God punishing countries that imposed sanctions on us. They are now keeping indoors. Their economies are screaming just like they did to ours. Trump should know that he is not God.” Shockingly, the coronavirus has proved not the be a Chinese disease as Trump called it nor the work of God to punish the countries that imposed sanctions on Zimbabwe.

Already, the US now has the highest number of infections by Thursday the 26th of March, confirmed coronavirus cases in the United States reached 82,400 on Thursday, more than any other country, overtaking both Italy and China, the Johns Hopkins University tally showed. China had 81,782 cases, and Italy had 80,589 cases.

Zimbabwe has already recorded a single death with some infections recorded, with infections tallying to 7 though there are fears that they might be many infections because the government has not been honest in their handling of information with regards to the disease. The poor state of public health facilities, which the ruling elites have failed to equip into modern facilities is a ticking time bomb for the Southern African nation. For many years the masses have been clamouring for good public health facilities but the elites left everything to deteriorate because for them they always had alternatives to go and seek medical health care overseas. And now with the coronavirus closing borders, ruling elites will have to get used to going to local public health facilities they failed to prioritize. This should be a big lesson not only for Zimbabwe but many African countries that have been operating the same.

As Africa respond to the spread of Covid-19 unanticipated challenges have emerged. Resistance and social challenges exemplified by the way people are living particularly in informal settlements. The challenges facing the majority of our people are enormous and poverty remains one of the biggest threats to humanity in Africa. Our people are more worried about poverty and their living conditions more than they are worried about Covid-19, a disease some are jokingly calling a disease for the rich. African leaders should draw many lessons from this pandemic and make consented efforts to improve their economies and the livelihoods of their people. The resistance to the lockdowns and other precautionary measures put in place point out to a very complex nature of our situation.

The challenge we have as Africa is how our leaders’ failures to come up with solutions that are in tandem with the realities on the ground. What we are witnessing is just a copy and paste job and mimicry of western solutions even with our vastly different political economy and social realities. The lockdowns will be difficult to enforce as we have already witnessed in South Africa, and one wonders how Zimbabwe will lockdown places like Mbare or rural areas which our people are already flocking to. There are largely two factors that inform our economies in Africa, the first one is the rural agrarian economy and informality, therefore policy responses must speak to these issues because that’s were the majority of the masses are.  How are we going to deal with infections in the rural areas with no rural system of testing, racking and isolation?

In conclusion, yes, several African countries have been putting measures to combat the spread of the disease despite the earlier lackadaisical approach and myths that the coronavirus does not affect Africans. Our social, political and economic realities should inform the kind of policy response mechanisms which we should employ and not mimicry of western solutions.

Denialism and ill-preparedness costed many lives, it was wrong to ignore science and early warnings from health experts. So, Beware, The ides of March are come, but not gone!!