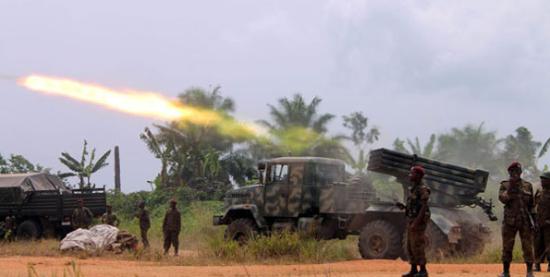 Natural resources are the main cause of internal conflict in many countries in the Great Lake Region. The Democratic Republic of Congo is an example of a country where natural resources have fueled internal conflict as an array of actors fight for control of DR Congo’s mineral rich eastern provinces. In addition, this fighting has escalated to neighboring countries as refugees seek a safe heaven outside of Congo and militia groups have set up bases in countries such as Uganda and Rwanda.

Meanwhile,Tanzania has been, for years, exporting sand that is believed to have a very small percentage of gold. However, a recent investigation has concluded that the mineral sand exported by Tanzania has consisted of much more valuable minerals than previously thought. In light of this discovery, Tanzanian President, John Magufuli, recently decided to suspend indefinitely the export of mineral sand. By doing so, the Tanzanian President has made it impossible for ‘evil’ foreign mining companies to extradite mines in Tanzania. There is no doubt that this was a brave act by the Tanzanian President. However, the President in doing so, declared ‘war’ with mining companies affected by his decision.

The mining companies are expected to fight back. As a nation, Tanzania needs to stand firm with its decision in order to avoid the negative impact of internal division. In the Great Lake Region there are examples of nations which failed to stand against external pressures.

Goma has become DR Congo’s Kosovo within the Great Lake Region. We have seen that in Goma, and its surrounding area there have been a large upsurge of violence in recent years as a result of different ethnic groups vying for control of the region. History has always been a good teacher. Signs for catastrophe have always been painted on the walls.

Congo has become our own Balkan, and Goma is like our Kosovo. In Europe the fire that started the Balkan war started in Kosovo. In any African village, when your neighbor’s house is burning you have to rush to stop the fire, failing in doing so, the danger is the fire can spread and destroy the entire village.

It is unfortunate, that the conflicts in DR Congo are mainly being analyzed from the time Mobutu was ousted. We do forget the role Belgian colonialists played in creating the conflicts we see in Congo today. That they managed to divide the Congolese to the extent that Katanga ceased to be part of Congo. As a result of Belgians creating divisions among the ethnic groups in Congo the people living in south eastern Congo saw themselves as different from the rest of Congo and formed their own state, Katanga, in 1960.

When Belgians gave independence to Congo, 1960, they empowered the Waalunda and Wabayeke of Katanga to form their own state. It is that part of the Congo which is mineral rich. Moise Tshombe proclaimed himself to be President for Katanga, and Lubumbashi became the Capital. By doing so, Belgians colonialists stopped the Wabaluba tribe from being part of Katanga authority. The Baluba live in the north of Katanga towards Kasai and Kivu Provinces. Goma is the capital of both provinces.

It reached a point where Moise Tshombe forbid independent Congo’s President jet carrying President Joseph Kasavubu and his Prime Minister Patrick Lumumba to land in Katanga. Tshombe was made arrogant as a result of the Belgians colonialists encouraging him that he could be the head of his own state rather than being part of Congo.

The conflict between The Baluba in the North and the Luunda in the South continued even after Tshombe’s death. To date, the division between the two ethnic groups is a continuous factor to why the conflict in south eastern Congo remains and is so hard to solve. The fact that the Belgian’s encouraged the Katanga province to be independent in 1960 is also a reason why many people living in the mineral rich region are skeptical of the Congolese government that is located in Kinshasa in the west of the country.

The situation in DR Congo poses a difficult challenge for leaders in countries within the Great Lake Region. Yet, DR Congo is not the only country in the Great Lake Region that has internal divisions. In recent years the political situation in Burundi has been very unstable as President Pierre Nkurunziza was able to run for a controversial third term. What we see in Burundi, is a thick smoke. We are told, whenever you see a smoke, there is a fire.

The conflicts within the Great Lake region can not be solved through the barrel of a gun, but rather through dialogue. In his book Africa Divided, Antoine Lema lets his readers follow the interaction between a sub chief and a villager as he writes:

-Good morning Sub-chief, how are you?
– Thank you! The mass was beautiful and the sermon digestible,
don’t you think so?
– You are becoming very important sub-chief?
People talk a lot about you these days.
– Are you reproaching me something?

It is interesting to understand why the Sub chief in the above conversation became angry. The Sub chief was a Tutsi. He had jabbed Mboyumutwa (Hutu). Mboyumutwa had waved away and run. We read in the books, that this marked the beginning of conflict between Hutu and Tutsi.

While running away, Mboyumutwa met on the way, the people of his tribe. They were very worried. They had already been informed of what had happened. So the following day, the Hutus demonstrated towards the town of Gitarama. It is written, that the attack on Mboyumutwa by the Tutsi sub chief, sparked the fire that led to major conflict between Hutus and Tutsis.

Ethnic tension is to a large extent the underlying root for conflict in many parts of the Great Lake region at the moment. It is therefore crucial that statesmen in the region find a way to put out the fires that ethnic conflicts have created.