Politics of Hunger in Zambia 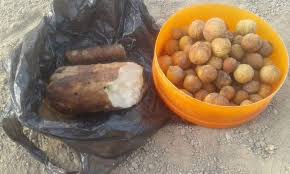 A recent report by Global Hunger Index has ranked Zambia the fifth hungriest country in the world. This coincidentally comes at a time when the country is grappling with a severe drought which has devastated more than half of the country mainly in the Southern, Central and Western Provinces, leaving many rural households surviving on wild fruits, roots and tubers.

Despite enjoying a long period of peace and stability, climate variation has severely impacted the landlocked country of Zambia, where most farmers rely on rain agriculture. In the 2018/ 2019 farming season, many areas in southern and western Zambia saw the lowest rainfall since at least 1981.

40% of Zambian children continue to be stunted, a figure that has remained consistent over the last few years, and the UN estimates that the current number of acutely food-insecure Zambians (1.7 million) could rise to 2.3 million by March 2020.

“Neighbouring counties have declared food security emergencies. Why hasn’t Zambia? It’s estimated that 2.5m Zambians will soon be in crisis. Declaring an emergency would unlock international humanitarian assistance that donors can’t otherwise provide. People will undoubtedly die from malnutrition compounded by disease. Maybe Zambians and outsiders who deny the need for an emergency should examine their consciences.”

Leader of Zambia’s biggest opposition party, United Party for National Development (UPND) Hakainde Hichilema moved to declare the hunger situation a national disaster stirring widespread anger from the ruling party and its supporters who questioned what authority he had to make a such a declaration when he was not in government. A few days after Hichilema made the declaration the European Union published a call to humanitarian relief organisations to apply for funding to provide relief food assistance to drought hit parts of Zambia.

“It is wrong for Lungu to refuse to declare the hunger situation in the country a national disaster when the majority of our people have resorted to eating unripe wild fruits. Just in Chibombo and Rufunsa districts, our people don’t have access to clean drinking water, health services and food,” said Mr. Hichilema.

Recently, some Zambians have expressed intention to render assistance towards ameliorating the situation. This includes Hichilema who is reported to have indicated readiness to assist the affected areas with a donation of twenty-five thousand bags of mealie meal but government allegedly rejected the donation. Some analysts say the Zambian authorities refuse international now local donations because of bad intentions.

Caritas Zambia, a social justice arm of the Catholic Church also earlier urged Government to consider declaring the hunger situation in some parts of the country as a disaster. Addressing a media briefing, Bishop Director for Caritas Zambia Evans Chinyemba said places visited by the Catholic Church agents had revealed that 79% of the crops were affected by drought, 13% by floods while 4% were affected by both drought and floods.

Bishop Chinyemba named Southern, Western, Lusaka, Eastern, Central and Luapula as some of provinces that were affected in the previous farming season. He said apart from crop failure, the prolonged dry spell during the last farming season has created water shortages for both animals and people with many households currently with nothing to eat and are surviving on wild fruits.

Bishop Chinyemba said the Zambia Conference of Catholic Bishops through Caritas Zambia and other stakeholders was therefore targeting to spend not less than US$9.4 million in helping 42,000 households who have been affected by the unfavorable weather conditions.

Political commentator and blogger Prof Hansungule describes the refusal by Zambian authorities to declare hunger a national disaster as a form of tribal cleansing.

“Edgar Lungu’s strategy on the drought induced hunger in Zambia is very clear. Because the areas badly affected with the hunger situation also happen to be those which vote against him during elections, this could not have come in handy. It is ethnic cleansing, a war crime. He simply does not care about people in those areas, after all they are his opponents. This is the only reason why he would not bother declaring the situation an emergency.”

Since he came to power, Edgar Lunguhas been very systematic in cleansing the public service of anyone from groups that are perceived to oppose him. Hundreds of senior civil servants from so-called opposition groups have been prematurely retired or simply dismissed simply or their ethnic belonging while appointing and promoting only his ethnic group. For the first time since independence, cabinet is deliberately not representative of all groups.” He argues.

It is clear that politicians have conveniently chosen to politic with the hunger situation in the country whilst lives are at the verge of death.