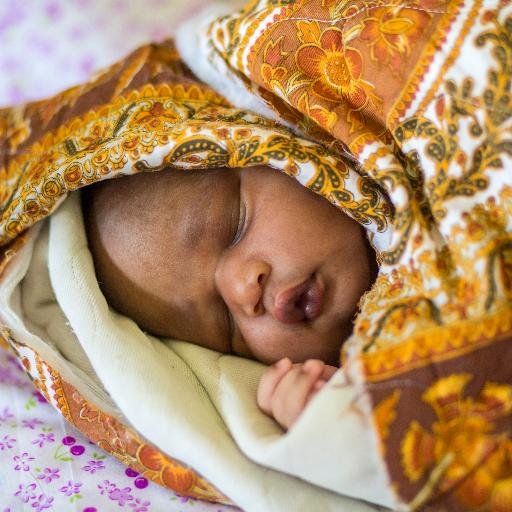 On the afternoon of September 15, 2016, I attended the launch of the National Integrated Early Childhood Development Policy for Uganda. The policy had been published in March 2016 by the Ministry of Gender, Labour and Social Development in close consultation with stakeholders, notably, UNICEF Uganda.

This was not by any means the first time our government was professing realization that respecting fundamental rights of children by affording them the best possible start in life was the concrete pathway to our country’s future. We have been here before.

For instance, government interest in nursery education in Uganda can be traced back to the 1960s. However, despite the progress registered, we still see policies and practices that condemn thousands of children to lives of seclusion under the government’s watch.

It is these things that found my hate-love relationship with my dear country. One moment I am proud and the next moment, I am baffled by the choices that we make.

For example, we talk about massive investment in infrastructure but we continue to fail to register the birth of all children. Most of them live in households that struggle to access basic necessities such as healthcare, clean water, sanitation, justice, nutrition etc.

We violate the dignity of our people with impunity by turning them into beggars to access health services. Google car wash drives or simply look out of your car window next time you pass along Kitgum house for a lady with children on the street begging for financial support to afford medical needs. It happens but we look the other way and assume all is fine. Our health system has failed them.

We continue to condemn millions of children to a day in school on empty stomachs and yet expect them to excel. Faced with the ultimate question to act, we conveniently retreat to blame game – it is either government or the parents. No one wants to take responsibility to end this senseless and shameful prevailing situation, ever. Hopeless. Many are trapped in child labour – the 2013 child labour report indicates that more than 605,000 children in Uganda are engaged in child labour. They do not attend school.

Access to day care and nursery education is for the well-to-do who can afford the exorbitant cost of early childhood education (about 80% of ECD education sector is in the hands of the private sector). It is a business to maximize profits; not a business to shape the future of a nation at its prime. In the process, we deny millions of the disadvantaged children equal opportunities at life – and so, the cycle continues.

We can go on with examples until the cows come home.

In search for answers, I decided to attend the launch of this policy that I anticipated would break down an action plan of how we can swap priorities and put people first by investing in children.

There is no doubt Uganda, and indeed Africa, is a land of abundant opportunities. We have tremendous promise at the hands of a young population.

Uganda, for example, had a population of 34.9 million people (2014 Census). At a growth rate of 3.03%, it is estimated that the population will hit 42 million by 2020. What is however of critical prominence is that 49% of this population is under the age of 15 and 18.5% is under-five. To precisely hammer the point home, Uganda has approximately 10.7 million out of the 20 million children who are between the ages of 0-8 years.

This demographic characteristic represents a promise many countries today only dream of.

How we shape this population could empower a generation and take us to the next level.

“The development of children’s brains and skills from conception to 8 years of age has a lasting effect on their intellectual capacity, personality and social behavior for the rest of their lives.” Aida Girma, UNICEF Representative.

There can be no better time to nurture the right attitudes, aspirations and values of a population than during their early childhood age – between 0 to 8 years.

If we have to talk about our future, we have to put the people first. Beyond the physical development and other hardware of an economy, we have to nurture the right software to drive the development that we seek.

The attitudes, aspirations and values of a population are critical to what a community can achieve. People matter. Considering development agendas without putting people first is losing the plot. And we have been at it all along.

This is exactly what the early childhood development policy seeks to achieve.

It represents a landmark for Uganda’s pursuit of sustainable wealth creation and inclusive growth inline with the 2040 agenda of attaining an upper middle-income status.

The return on investment while equalizing opportunities for all children through early childhood services is a sober choice.

“Global evidence shows that for every dollar spent on early childhood interventions, there is at least $7 return on that investment.”

During his presentation, Jaya Murthy, the Chief Communications Officer at UNICEF Uganda delved deeper into this return on investment. He insightfully described how programs targeted towards the earliest years of any individual earn highest returns compared to investment during schooling programs and job trainings during post school.

Investing in the future

If we truly want to deliver our communities to the future we love making soundbites about, we must act in favour of smart choices. We need to embrace the bottom up approach. We cannot start with the tools and other physical infrastructure at the expense of the engine of development – the people.

We need to invest in a value system to bolster our resilience. A population that values truthfulness, honesty, transparency, integrity, accountability, tolerance is critical for attaining an inclusive and sustainable development agenda.

We cannot afford to go after other development agendas in a society where ends justify the means and it doesn’t matter whether the means are right or wrong. There is no better time to invest our resources towards shaping that future than during the early childhood stage.

We have a promise and an action plan; let’s make it work.