Home » Economy » The Anatomy of a Lootocracy

The Anatomy of a Lootocracy 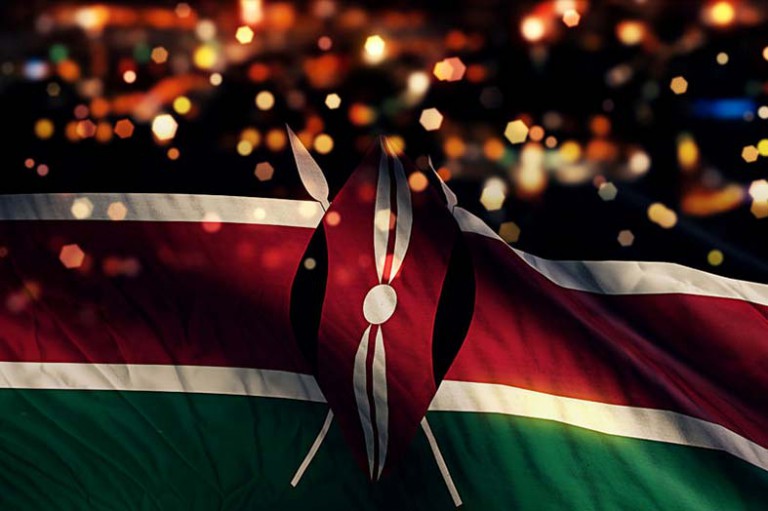 In light of the ongoing NYS/IFMIS scandal in which amounts ranging from KES 695 million to KES 791 million are said to have been stolen by alleged relatives of top NYS officials hiding behind a few companies, it is important that we as a nation take pause to appreciate the extent of the mess we are in at the moment as a full blown lootocracy. The money stolen in this scandal is said to have been obtained by introducing an extra zero on each transaction they posted on IFMIS.

Just before this, ironically, the president cited the un-manageability of the annual wage bill at KES 568 billion as the reason teachers cannot have their pay increased as the court ordered, broken down as follows: KES 141 billion for teachers’ salaries, KES 94 billion for national government salaries, KES 66 billion for staff allowances, KES 153 billion for the military and parastatals, and KES 107 billion for counties. This amount was eloquently discredited by David Ndii.

According to the budget tabled earlier in the year, there are six key development areas that the government plans to focus on – infrastructure, agriculture, security, health, education, social protection and youth empowerment – with a focus on boosting growth, creating jobs and enhancing social equity. The government has failed on all accounts. We are on course to fail in achieving our Vision 2030, whose goal is to transform Kenya into a newly industrializing, middle income country providing a high quality life for all its citizens by 2030. This is to be done through macroeconomic stability for long-term development, continuity in governance reforms, enhanced equity and wealth creation opportunities for the poor, infrastructure, energy, science, technology and innovation, land reform, human resource development, security and public service. Our current government would not pass the reasonable person test when it comes to making sufficient progress towards the achievement of these goals.

It may be argued that Vision 2030 was Mwai Kibaki’s idea, and that the Jubilee government has its own. Indeed, they had a manifesto at the time of their election. They had three pillars: Umoja (to be achieved through eliminating ethnic divisions, security, trade and foreign affairs, healthcare, education, youth empowerment, women’s empowerment, social protection and arts, sports and culture), Uchumi (to be achieved by building an enterprise economy, manufacturing, ICTs, tourism, land reforms, energy, agriculture and food security, clean and safe water, protecting the environment, transport and infrastructure and housing), and Uwazi (to be achieved through reducing corruption, working with civil society towards good governance and supporting devolution). By their own standards, they are doing terribly.

As the head of this monster, we have the president. The Presidency used KES 1.4 billion (out of its KES 6.3 billion budget in the last financial year) on hospitality, catering and conferencing, and KES 203 million on trips abroad. He has made double the number of trips Mwai Kibaki made in his two terms (a total of 10 years in office) in just over two years. This expenditure accounts for over 10% of the foreign and domestic travel spend in the year. Many joke that the president is never in Kenya to govern for more than a week in a row, and when he is, he always finds time to get on our nerves or insult us.

Because of the desperate situation the government has gotten itself into, it is now borrowing money for three months at over 20%. A 91 day Treasury Bill was floated at a weighted average interest rate of 20.6%, raising a total of KES 7.68 billion – the last time we witnessed such high interest rates on Treasury Bills was during the Moi era when looting was at an all-time high, a situation we seem to have returned to only two years into Uhuru Kenyatta’s government. The rates on the 182 and 364 day instruments have also shot up to 20%, signaling that this situation will be with us for a while.

This is a major problem, given that National Treasury Cabinet Secretary Henry Rotich tabled the budget with the assumption that interest rates would be steady at 8.50%. Worse still, we are borrowing to pay off loans, which in turn are used on recurrent expenditure. The inter-bank rate has shot up to 25.65%, and one is left to wonder what rate the Kenyan citizen will be charged by the banks to access financing if the government is willing to pay so much, and if they are lending each other money at 25.65%. Worse still, banks will prefer to lend money to the government because of the profitability and risk-free nature of the investment. So what about the average mwananchi? He/she will have to pay more to make it worthwhile for the banks. Even 40% interest rates for loans are foreseeable.

This will lead to the stifling and death of Kenyan enterprise, given that credit facilities are important to the growth of businesses. Yet this consequence is at odds with the Kenya Revenue Authority’s (KRA) plans of more than doubling its annual collections to KES 2.5 trillion by 2017 (up from the current baseline of KES 1 trillion). Their plan is to do this by increasing the number of SME taxpayers. My question is, what SMEs? Won’t most of them be dead by then?

The alternative, which Henry Rotich is working on, is to borrow externally since the cost of internal borrowing is expected to continue rising. Treasury’s initial plan was to finance the budget deficit using KES 229 billion raised from internal borrowing, and the rest from external financing. However, part of the KES 229 billion will have to be sourced externally. This would be comforting, except for the fact that the government has recently borrowed externally with disastrous results.

Uhuru Kenyatta made a case for the KES 289 billion Eurobond right after the Anglo Leasing payment saga, telling us lies about how it would stop domestic borrowing by government, drive down interest rates, boost investment and spur economic growth. He has been proven wrong on all those counts as shown above. However, what’s worse is that of the KES 289 billion (US$ 2.75 billion) received from the Eurobond at 7%, KES 78.8 billion was used to pay for syndicated loans and infrastructure development, while the rest (KES 210 billion) was likely used on government spending, most of which is recurrent. The Auditor General raised a red flag last year, fearing that the remainder of money (equivalent to US$ 2 billion) may as well have been stolen, as it was not deposited in the Consolidated Fund account, and the signatories to the offshore account in which it was deposited are unknown. This is worrisome, as in the last financial year alone, this government has also increased public debt to 2.84 trillion up from 2.36 trillion, and increased borrowing by 20.3%.

What is happening to Kenya right now is the equivalent of a business running out of working capital and eating into its capital base to finance its day to day activities. This is the key cause of the death of businesses. It is what led to the collapse of the Greek economy, and should we fail to arrest the situation, it is what will lead to the collapse of the Kenyan economy.

This is not to say that Kenya is unique because it is in this position – many countries have found themselves on the brink of economic collapse before – key examples being South Korea and Germany. However, to pull themselves out of these situations, they required contributions by their citizens and foreign governments, and these parties contributed because of the trust they had in these countries and their governments. Our neighbour Ethiopia asks its citizens to contribute one month of their annual earnings towards growth/infrastructure projects – they have come to see these projects materialize, with the construction of the Addis Ababa metro system being completed this year, and many other projects scheduled to be completed in the future. Ethiopians have reason to trust that their government. The Kenyan government, on the other hand, cannot rely on trust as a currency, be it that of its citizens or of foreign governments, because it has proven to be unworthy time and time again.

We continue to be robbed from all sides by the rich who have incessant greed. We have Moses Kuria on TV every other day accusing unknown ghosts of “fixing” William Ruto at the ICC, and Jubilee MPs on the papers asking Raila Odinga to testify on behalf of William Ruto at The Hague. We have allegedly murderous pastors on TV as well, giving “their side of the story” and sanitizing their names. We are treated to a round-the-clock circus by people who do not seem to understand the dire straits they have put us in; people who only care about themselves and how much they can steal from us. They continue to rob us of billions, which could be used to build schools, hospitals, upgrade infrastructure and housing, pay policemen, teachers and other poorly paid civil servants.

Meanwhile, we have an innocent Kenyan dying after 18 hours in an ambulance because of our poor public health system, and because private hospitals wouldn’t take him in without a deposit of KES 200,000. We have a government that has essentially not paid the September salaries of public sector employees across the 47 counties, yet we are midway into October. We have over 300,000 internally displaced persons in our country, dispossessed of their homes and livelihood by our constant clashes and the 2007/08 post-election violence that we conveniently ignore. We are hiving off parts of a forest that our only Nobel Laureate, Wangari Maathai, was willing to give her life for. We continue to have an unemployment rate of 25%, and witness only 1.69% of the children who enrolled for Standard 1 complete university.

We continue to inconsequentially rail against Uhuru Kenyatta’s government, which stands accused in the court of public opinion for grand theft, impunity and what we might term as an appetite for threatening the lives of Kenyans. The verdict? Undeniably guilty. The sentence? Unknown.

By Brenda Wambui from Kenya.