Home » Economy » The freedom from hunger that is not realy free

The freedom from hunger that is not realy free 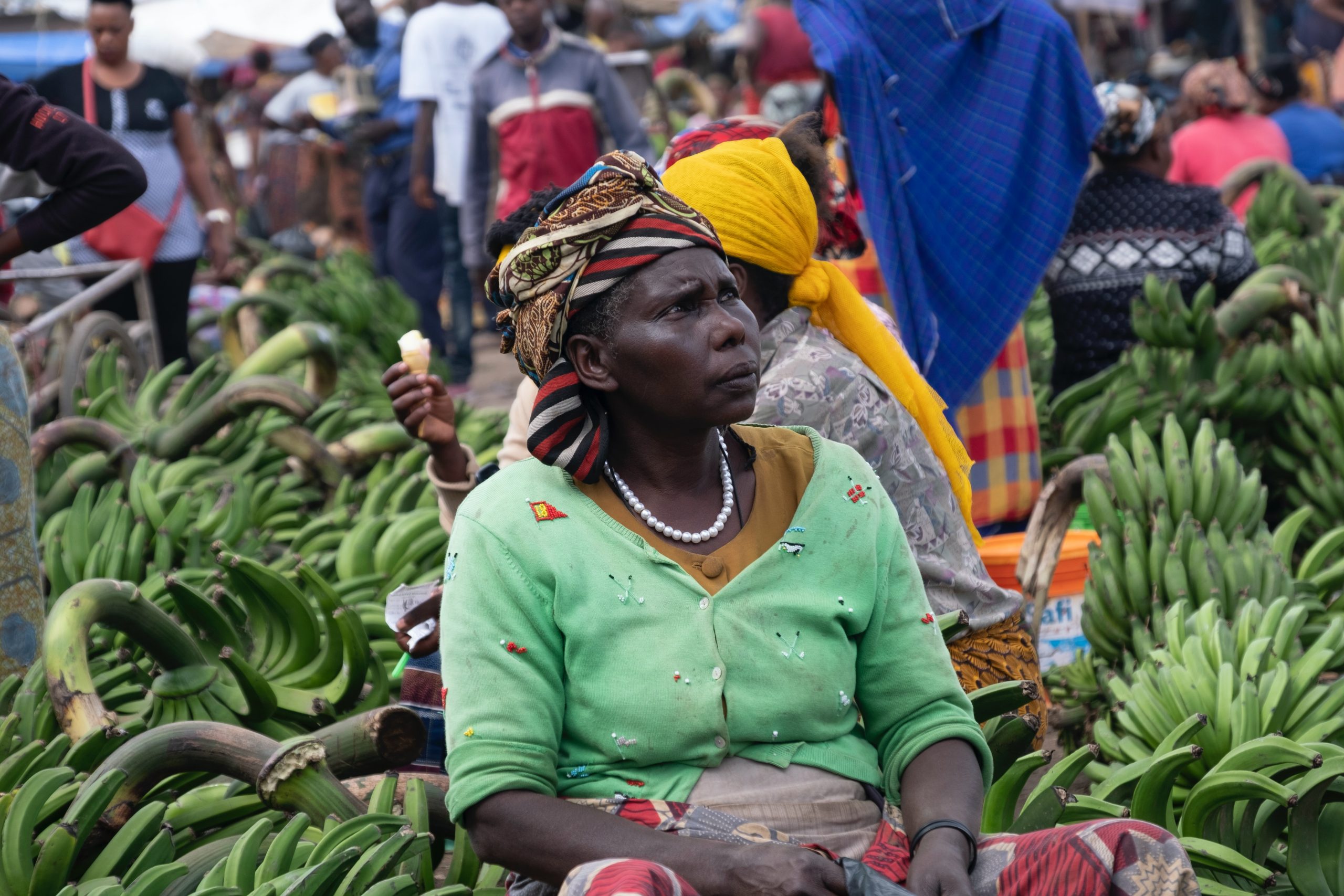 Article 43 (C) of the Kenyan constitution guarantees every citizen the freedom from hunger and a right to adequate and acceptable quality food. As a part of the Bill of Rights, this is, therefore, a constitutional right just as is the right to shelter, freedom of association and the other freedoms guaranteed in the Bill of Rights.

Successive governments in Kenya and across the region have deliberately ignored this right to food by failing to provide policies that would operationalise it in law and consequently, ensure that everyone has access to quality food.

According to former President of the East Africa Law Society, James Mwamu, citizens should take Government to task and demand that the provision of these laws be fully met. He argues that the Kenyan Government should be pushed to put in place policies that respect the legislation. ‘Citizens have the right to go to court through public interest litigation and sue the government for breaking the law, [forcing government] to institute policies that guarantee the right to adequate and quality food,’ he commented.

Mwamu says, locals in Kenya should consider urgently taking their government to task since the state has never taken any measures to ensure that even the farming population is educated on good agricultural practices to ensure the country’s food security.

He said that in a country and a region that is prone to extreme weather conditions, it should be incumbent upon policymakers to reach out to farmers and educate them on what food crops to grow in what seasons and on how to deal with climate and weather problems. Kenyan farmers especially, as well as the wider populace, face hardships when it rains heavily and also when the sun shines too much and there is drought, causing huge losses that impact subsistence and small-scale farmers. The sum total is that most people in Kenya go hungry on a daily basis.

Mwamu says that though Uganda and Tanzania are doing slightly better than their neighbour Kenya, they too have their fair share of the blame when it comes to their citizens’ access to sustainable, quality and available food.

Uganda is ahead of Kenya in terms of food security because it has simplified agricultural policies that have made it easy for small scale farmers to produce food. Farmers in Uganda have access to cheap farm inputs and the Government assists those who produce for the export markets by cushioning them from exorbitant rates. The Ugandan nation produces ground nuts and other major food crops in large quantities.

Tanzania on the other hand is slowly improving its agricultural production having been adversely affected by the famous Ujamaa system of farming. The system advocated for a ‘brotherhood’ approach to farming, where land belonged to a community that tilled and grew the food. The country has since abandoned the system. The Ujamaa system encouraged collective ownership of farmland, but this led to poor management since there was no direct responsibility bestowed upon any individual to oversee and ensure the production of crops.

The issues around the right to food have also been picked up by child rights defenders. Caroline Awuor who works for Lwala Community Alliance under its Early Child Development Program says that a lot of children have their development compromised due to poor diet in their formative years.

She says, “In a country where many are not able to access adequate nutritional foods, it is even bleaker to get infants on a diet that would ensure their proper growth.”

Caroline agrees with assertions that if the government carefully considered Article 43 of the constitution, early child development would be boosted further because the question of proper diet for children will have been resolved.

Along with the issues in Kenya and the other factors across the region, Mwamu says, ‘Corruption is the other monster that has ensured people are perennially hungry and in need of relief food. Corruption is manifested in different ways including illegally importing food that is produced locally, inflating the price of fertiliser, farm inputs and seeds making it basically impossible for a simple farmer to feed even a nuclear family.’

Unfair trade competitions among the countries resulting in non-tariff barriers have also been cited as a reason for poor food security in the region. Food items cannot be freely moved from one country to another because the countries have each imposed exorbitant levies that target imports from its neighbours. For example, if Tanzania produces bananas in bulk in the regions around Mt. Meru, it should supply Kenya while Kenya supplies it with sweet potato for instance. The fair exchange of commodities between neighbours does not happen as it should. This has been attributed to the long-standing boundary and political disputes that have never been resolved like the Migingo Island dispute between Kenya and Uganda.

The other factor that cannot be wished away when talking about the quality of food is its safety. Most of Africa has served as either a dumping ground or a testing laboratory for foods and commodities with questionable safety standards.

Recently in Kenya, a group of activists drawn from organizations advocating for food safety petitioned the country’s National Biosafety Authority to stop an impending ?allowance for the cultivation of a variety of cassava said to be resistant to the Cassava Brown Streak Disease (CBSD) a viral disease that only exists in East Africa.

They blamed the country’s leaders for taking advantage of a dire need for food rations in the wake of the COVID-19 pandemic to introduce foods that would end up harming the very people, they purport to be protecting from lack of adequate and quality food. According to them, the quality of the GMO cassava had not been declared and if not safe, would harm many people.

The activists, drawn from a number of local non-governmental organizations,  were reacting to an application by Kenya Agricultural and Livestock Research Organization (KALRO) for environmental release and commercialization of brown streak disease (CBSD) resistant cassava line 4046 submitted to the National Biosafety Authority.

Apart from the public litigation that Mwamu suggested, the media has been brought on board by local and international organisations and encouraged tell stories in ways that farmers understand.

The Media for Environment, Science, Health and Agriculture (MESHA) is an association that brings together journalists from mostly rural Kenya with collaborations in East, Central and West Africa. The association promotes journalism that would benefit farmers as well as target policymakers in government.

Allan Obiero, the MESHA National Vice Chairman says that the association brings together journalists who specialise in all the four spheres of health, environment, science and agriculture. He said that each thematic area has a team of specialized reporters and that agriculture is not left behind.

‘We only write articles on farming and food production. At MESHA, we consider this our small way of contributing to the society to ensure that people in the region are able to farm and have enough food for consumption and even for sale, in case of surplus production,’ Obiero says.

MESHA has been able to link agricultural organizations, seed companies and other stakeholders with journalists who then break down their complex agricultural science into simple language that rural farmers can understand and use to improve their farming. This could be information about new crop varieties and seeds, improved technology in farming and new practices.

Obiero said suggests that lack of adequate and quality food could be attributed to most farmers still relying on old farming methods, even as things have really changed over the years.

He said, ‘We are also cognizant of the fact that our governments in the region are not very good with observing their own constitutions and policies and hence some of us engage in activism journalism even as we push them to ensure such provisions of the law is upheld.’

With such a multifaceted approach, Mwamu believes that East Africa has the capacity to change its course when it comes to food security. He singled out civilian activism, the media and other arms of government coming together to ensure the right to food is accorded to everyone.

‘I would want to see people going to court to challenge the government on this matter. The media should also sustain what they are doing in empowering local farmers while at the same time putting pressure on governments to at least respect the laws and policies as they are already put in black and white,’ he states.

Governments should make deliberate efforts to ensure that their people are not deprived of the basic human right of access to food. It is the highest level of indignity to watch a section of the populace starving in one corner of the country yet in another surplus food goes to waste. For instance, when milk producers in Central Kenya have excess milk to the point of pouring out the excess, while Kenyans in the Northern part suffer acute hunger because there is no food, it portrays the picture of a government that has not prioritized the right to food for all citizens.

Cover Photo by David Cashbaugh on Unsplash
Share this article