Home » Economy » The United States Dollar as a Deity in Zimbabwe

The United States Dollar as a Deity in Zimbabwe 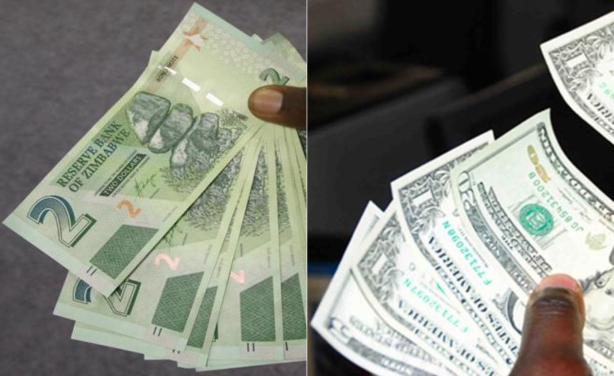 The Zimbabwean government recently did the unfathomable, at least according to social media pundits, some civil society organisations, unions and influential urbanites.  It arbitrarily and abruptly re-introduced a local currency for all domestic financial transactions.  At least at law.

As expected there was an immediate outburst of anger on social media, in press conferences, statements and I am pretty sure in the near future in anticipated or provisionally announced forms of physical protest.

All of which can be easily pointed out to be as a result of the general mistrust of the government’s monetary policy and as awkward as it sounds, the lack of trust in any form of a national currency.  The origins of which appear with the massive inflation that coincided with the global financial crisis in 2007/8 and lasted in Zimbabwe at least until the introduction of a multi-currency regime just before the formation of a unity government in 2009.  In this we had relatively liberal use of the United States dollar (USD), the South African Rand and a host of other not so readily available currencies.

This led to the stabilization of inflation albeit at great cost to our ability to retain the global value of the USD in tandem with developments in the global financial markets.

While I am not aware of any economic books that were written about this multi-currency monetary , by 2015 it became almost unsustainable to rely on these multi-currencies (we had begun purchasing them from their respective central banks).  So the government introduced the relatively unpopular but utilitarian ‘bond coin’ in order to deal with challenges of transactions by retailers.  It was pegged at 1:1 with the popular USD.  The then government went a step further and decided to introduce bond notes almost a year later and suspicion were heightened that it was about to re-introduce a full fledged currency.  Again the bond note like its predecessor, the coin, was pegged at the same value as the USD.  Suspicions were abound but both forms of currency were utilized widely, especially by poorer Zimbabweans who did not have regular access to the USD.

In between these ambiguities about currencies and suspicions about government, a ‘coup that was not a coup’ happened in 2017 and a disputed but legitimized election occurred in 2018. By the time we got through the heady disputes over presidential election results, in early 2019, the government introduced a third form of a version of a local currency called the Real Time Gross Settlement (RTGS) in early 2019.  This essentially meant we had a surrogate currency, one that would with time set the ground for the introduction of a somewhat formal one depending on our ability to meet the ‘fiscal requirements’ of global financialised capital (i.e IMF, World Bank, AfDB).

In no short while the government introduced a ‘rated’ multi-currency regime.  It began officially at least with the RTGS trading (somehow) at 2.5 to the USD.  This was to be the straw that broke the camel’s back.  Again, in no short time, we were at higher official ‘bank rates’ via the RTGS to the USD.  It did not work as politically planned.  Instead what we had was a quasi-free market currency trading system underpinned by state regulation.

Arguments about the capacity of the state to respond to the ‘financial markets’ quickly abounded.

Acceptable as these were in a neoliberal sense, the key questions that emerged were around the sustainability of the same.  Either in relation to imports of goods or just even the ‘extractive political economy’ trying to lure foreign investors.

And now the Zimbabwean government has gone the whole hog with the introduction of a new currency. The end effect of which is more in keeping with neoliberal economic policy than it is intended at being populist.  It is a move designed to satisfy domestic and foreign capital’s requirements to do business at a much lower cost.  All in the now proven vain hope that there will be a trickle down effect for the creation of jobs as well as that the ‘free market’ will be able to resolve social and economic challenges faced by the majority poor.  All of this done under the mantra of a ‘return to normalcy’.

The knee-jerk and for now populist rejection of a local currency in favour of the USD is however intriguing in two specific respects.  The first being the political dimension of a general mistrust of government with a currency whose (commodity exchange) value is not, in the view of the public, guaranteed by global capital. This public mistrust is also being buttressed by the previous hyper inflationary period (2007-2009) and the ‘stability’ brought in by the introduction of a multicurrency system thereafter. This essentially means the general mindset of the (urban) Zimbabwean public is in sync with global capitalism’s expectation of an economy i.e one that follows its laisses faire rules and despises contextual protectionist economics.

The only difference being that apart from a currency, global capital understands with great sophistry there are many other ways to bell the cat beyond a multi-currency system.  The latter point being rather ironic because it is also one that Finance minister Mthuli Ncube and his boss Mnangagwa understand too well, hence the general approval of their economic policy by the gatekeepers of global capital, namely the World Bank and the IMF. With the added approval of most Southern African governments that are implementing similar economic policies.

The second astounding aspect is that of how Zimbabweans now view ‘money’ and in particular the USD as a commodity.   In classical Marxist terms, we have now come to view it more like a ‘fetish’ or even a ‘deity’.  It has come to mean more than it is in transactional terms.  Its value now transcends what it actually is in reality. We are quite literally under the spell of ‘commodity fetishism’  because it has also become a commodity that has/had become a social arbiter of how we relate to each other without really acknowledging it.  All of this until now when talk of a local currency from government became louder and is now a reality.  And even if an economist of repute were to explain to an educated Zimbabwean that money is really imagined, they will find great resistance to that universally given notion.

To conclude, it is evident that the introduction of a local currency does not mean there will be economic abundance for all.  But neither did the retention of a multi-currency regime.  It is therefore imperative that we being to examine the system behind the monetary policies in whatever form they come.  And to do so at the point of ideology in order to counter it.  In our case, neoliberalism (as an ideology) and austerity (as a strategy) are informing the current and previous currency exchange systems and economic malaise we have had to endure.  But then again, where money or the USD becomes a fetish in and of itself, it is a hard ask to call on cdes to understand the system more than the deity.