We Need To Talk About Class and Consciousness in Zimbabwe 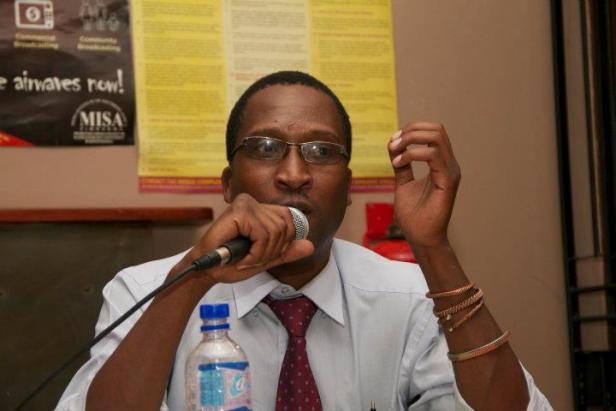 We have stopped talking about ‘class’ in Zimbabwe. Yet ironically our national and very real political contestations have generally been motivated by the ‘politics of the belly’ and/or the state of the economy. Instead our conversations have revolved around governance and patriotic history in their polar opposite dimensions.

The results of which have yielded not only an inclusive government and an incremental constitution but also a very neo-liberal (free market) economic framework. The latter, never mind the ‘nationalism’ of the ruling establishment, remains our default modus operandi. And its results are self evident with the primary one being the individualization of our society, the withdrawal of the sate form looking after the basic needs of its people and a political economy that coughs when global capital sneezes.

We also have pundits that with relative ease support this framework, save for in the dimension of governance. Not least because discussing ‘class’ relations in Zimbabwe is frowned upon as trying to take the country back to socialism (where it never was). In this, there is the envy of other countries economic liberalism than there is greater reflection on our own economic (and political) contextual needs and aspirations. In short, we like the bigger picture scenario more than we want to discuss the underbelly (warts and all) of our national political economy. We want the immediate and not the long term. So we hop from one immediate issue to the next and leave behind us a trail of disempowered and disillusioned citizens who wait for the next big hassle.

Where we decide to unpack our national underbelly we will find that we should be talking about class, classes and their attendant consciousness. Within themselves and in their perception of not only governance but national being. And contrary to general perceptions or intentions to underplay their existence we do have classes in Zimbabwe.

The most dominant being the comprador bourgeoisie. These are those that are closely linked to the state/ruling establishment and feed off it for tenders, contracts and commercial favours. It is a largely corrupt and self serving stratum that relies on the use of state sanctioned violence and cosmetic/inorganic democratic processes to stay at the top. It neither produces goods and services nor does it function in consideration of other classes save for its own preservation. It espouses nationalism in order to give itself a veneer of popular legitimacy while auctioning off state assets to the highest bidder.

Immediately following this we have the comprador middle class. It is comprised of those that work largely for the ruling establishment and its offshoot companies or private businesses that continually curry the state’s favour. It is also very atomized/individualistic and keen on consumerism/materialism. It is not a harbinger of new ideas and innovation because its reliance on the patronage of the comprador bourgeoisie limits its capacity to think beyond its belly. It plays the mediation role of demonstrating to lower classes what their aspirations should be, so long they follow the rules. In rare cases, where its interests are threatened, it will team up with private businesses/ capital to demonstrate its anger at the way the state is being run only to return to its seat once its needs are met.

The third strata, in Zimbabwe’s case, is that of the urban based working people. Here we cannot refer to a working class because the outright Marxian term no longer applies. This class is comprised of civil servants (including teachers), NGO workers, informal traders, the few but still formally employed by private business and our tertiary level students. It is the most active in the economy, moving from one end to the other in order to make ends meet. It is also highly religious, not easily moved to outright political action and is pliant in the face of state sanctioned violence. It has no singular characteristic and is constantly in flux.

It can take up political causes in so far as they further its livelihood objectives and do not hurt what it generally perceives to be the primary unit of society i.e family. In this regard, it will unionise, form associations and if need be utilize temporary mass action to further its interests or to resist sudden changes to the political and economic system.

Fourthly there is the perennially most important strata of Zimbabwean society, namely the peasants or communal farmer. While worn down by age and migration, this class for now remains the game changing one in our society. Largely by way of numbers but also in relation to conservatism and susceptibility to violence (of any nature). It is also the causus belli/ reason of many causes be they nationalism, fast track land reform programmes or democratic change (Mai Ezra from Dotito, anyone?) It is the harbinger of incremental change and conservatism. It is malleable to what the urban says, only if its preservation is guaranteed. It however is, in the age of state capitalism (bio-agriculture, rapid urbanization, mining concessions) as led by the comprador bourgeoisie, a dying class in Zimbabwe.

The final stratum which cannot be ignored by way of our own contextual historical process, is the intelligentsia. These are the thought leaders who represent various ideologies and purposefully act to make thei ideas the most prominent. In our country’s case, our intellectuals are sadly less ideological because they tend to behave as though the proposition by American thinker, Francis Fukuyama is final. That is why they nonchalantly believe that we have reached the end of history in relation to ideological contestation. And accept neo-liberalism as the panacea to Zimbabwe’s ills.

There are a few (and getting fewer) that believe in being organic intellectuals, not only in the Gramscian or Cabral sense, but also in relation to our particular Zimbabwean context. If you ask me, thats where you will find me.